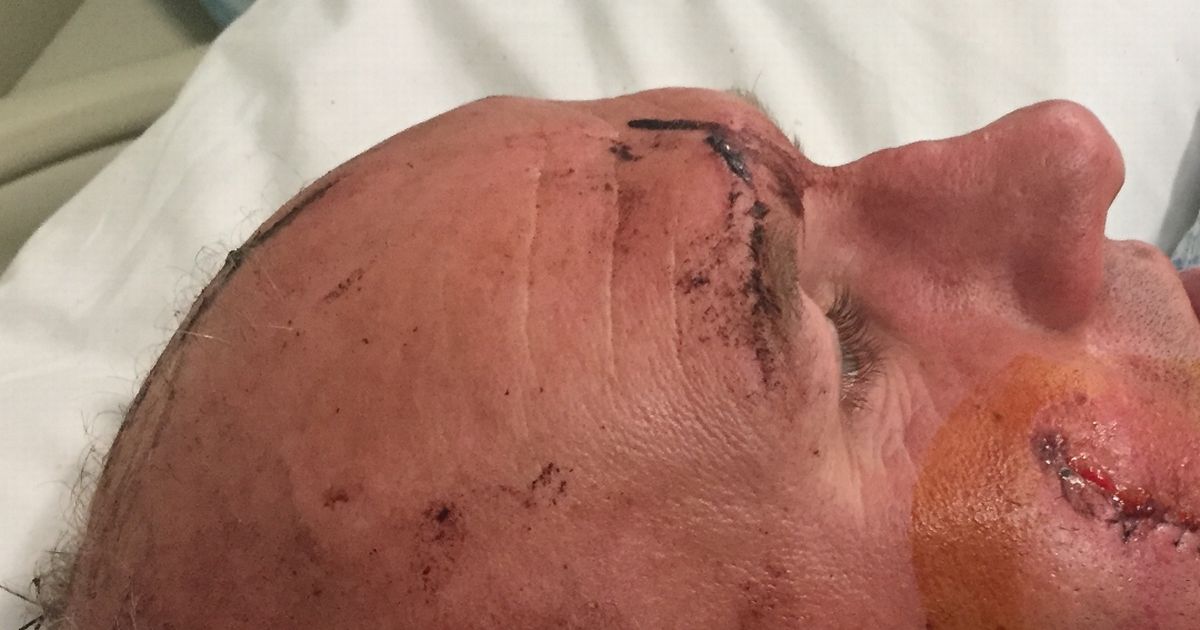 A dad lost three pints of blood after being smashed around the head with a bar stool by his best friend in a horrific pub attack.

Shaun Nicholls, 45, from Measham, Leicestershire, was attacked by his friend of two decades, Stuart Donaghue, 51, in front of his shocked wife.

The pair, who had been on family holidays together, had been fine prior to the bathroom trip, Derbyshirelive reports.

But Shaun says Donaghue returned in a fit of rage, before punching him twice in the face and battering him with the bar stool.

He was left bloodied, with major scarring on his head.

Shaun recalled. "It happened in about 10 seconds – I’ve never seen anything like it in my life. I was just in shock.

"He punched me in the face twice and knocked me off my stool. While I was on the floor, he picked up the stool and shoved the leg into my cheek.

"Then he started battering me in the head with it, knocking me out with the second blow.

"I was lucky the landlord ran round from behind the bar and shoved him away, or he’d have just kept hitting me."

Shaun woke up at Queen’s Medical Centre, Nottingham, after the incident in September last year, where he had to be kept in for three days.

Even now, 15 months after "big, powerful" Donaghue’s attack, he still has severe scarring on his head and major nerve damage in his cheek.

He also has no feeling in one side of his face.

Donaghue is currently serving a five-year sentence after admitting wounding with intent to cause grievous bodily harm.

Shaun says his children – Ruben, eight and Mary, 10 – were reduced to tears when they saw the damage his best pal had done.

The attack happened at the Bird in Hand pub, Measham, where Shaun, 42-year-old wife Rachel and Donaghue were having a drink together.

"He was playing outside the pub at the time. It’s not nice for them to see,"

"I have to tell them I sustained these injuries falling over. You can’t tell them what actually happened.

"Unfortunately Rachel had to see what happened at close quarters.

"She’s told me it was horrendous and she couldn’t believe it was happening.

"I’ve been left watching my back all the time – I worry every time I go to the pub now. You never know what’s around the corner."

Shaun said: "He’s a big, powerful man and I hope he serves the whole five years.

"Hopefully he’s in with men who can do the same as he’s done.

"When I think of what he’s done to me, it just makes me so angry.

"When he does come out, who knows whether he’ll come looking for revenge for me getting him sent down.

"I’m not scared of him though. Whatever happens happens."