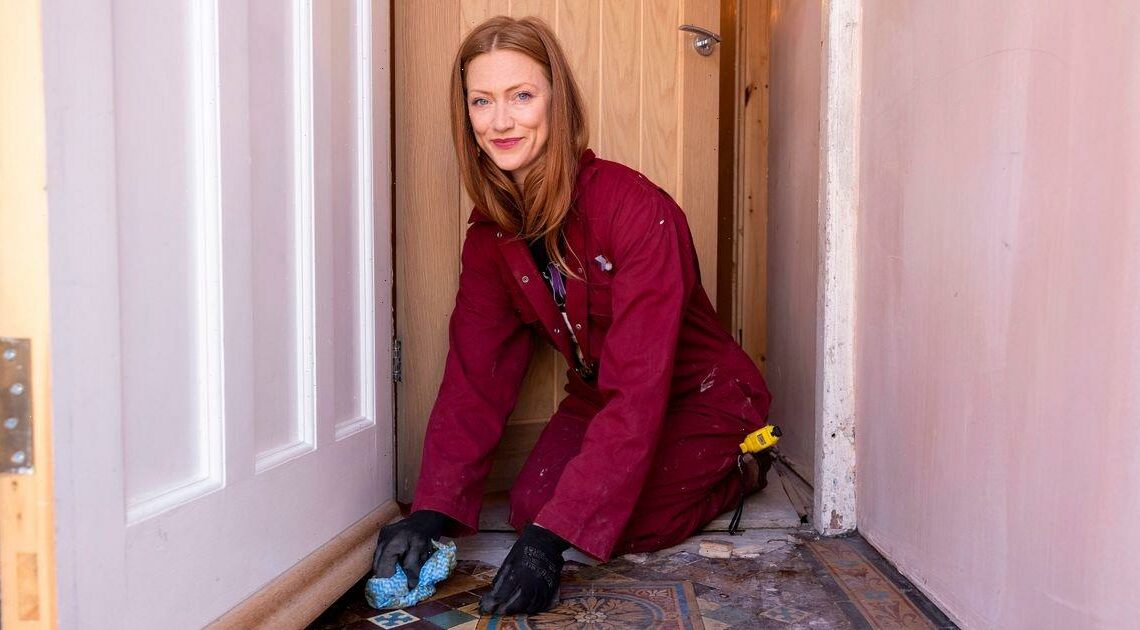 A woman who bought a dilapidated building for £1 has transformed it into her dream home.

Maxine Sharples decided to make the most of a council initiative called Homes for a Pound, which aimed to bring empty properties back to life.

Back in 2015, she was a post-graduate student at Liverpool John Moores University when she scooped up the pad.

But while she didn't invest much money into the project, it took a lot of time and effort to make the building liveable.

The 35-year-old yoga teacher was homeless and living out of a camper van as she carried out renovations.

Her hard work as paid off though – as she now has a stunning home to live in.

Maxine told Liverpool Echo: "I applied in 2015 as a postgraduate student at LJMU. I lived locally in L7 at the time and heard about the scheme through the grapevine.

"Although initially I didn't have the funds, I applied anyway and thought, 'I'll cross that bridge' if I was shortlisted.

Maxine received the keys to her house on Webster Road in February 2020.

She was told she had just 12 months to complete the renovations, but just weeks later the whole country would be placed into a national Covid-19 lockdown.

Thankfully she was handed an extra year's extension and she set to work.

Maxine explained: "It has taken me 27 arduous months to get it signed off.

"It was gruelling, I couldn't have been more naïve about the process.

"As a yoga teacher I couldn't have been less experienced in construction project management.

"With tradespeople in short supply, I took to a lot of labouring myself. I began the rip out by myself.

"It took me nine months to get the house back to brick with a rotary hammer and borrowed electricity from my neighbours.

"A hole in the roof meant a tree had taken root, water ingress, asbestos, rat infestations, you name it, it had it all."

She added: "The house, a two bedroom Victorian terrace, was dark and dank. It needed light for my plants and my soul.

"So I had an architect draw up my idea to flip the house upside down.

"By removing the loft and all upstairs internal walls I created this double height open space. Add in two of Velux's biggest sky lights and I had transformed the house in one foul swoop of the sledge hammer.

"Well maybe more than one, about five skips worth. After years of hard work, Maxine is delighted to be moving into her dream house at last.

She said: "I've essentially been homeless for two years, as I moved into my campervan to save money.

"Having underfloor heating is going to be such a luxury, triple glazed windows and a place to hang my plants once and for all.

"I've moved so many times in my life, from Liverpool at the age of six and back at the age of 18, I feel I can finally settle in a house that I brought back to life. It's going to be pukka…

"I am a champion of the scheme, it is an innovative idea, and a massive success.

"Because ordinary people have put their blood sweat and life savings into transforming these houses, woe betide anyone in the community not pulling their weight, we are a strong community and I'm looking forward to joining it immensely and seeing how I can give back.

"My neighbours are local heroes, they were there when it was a ghost street, pioneers in the project.

"I'm the last one to complete and I've taken the longest so felt bad for ages, I'm happy to be joining them when I move in."