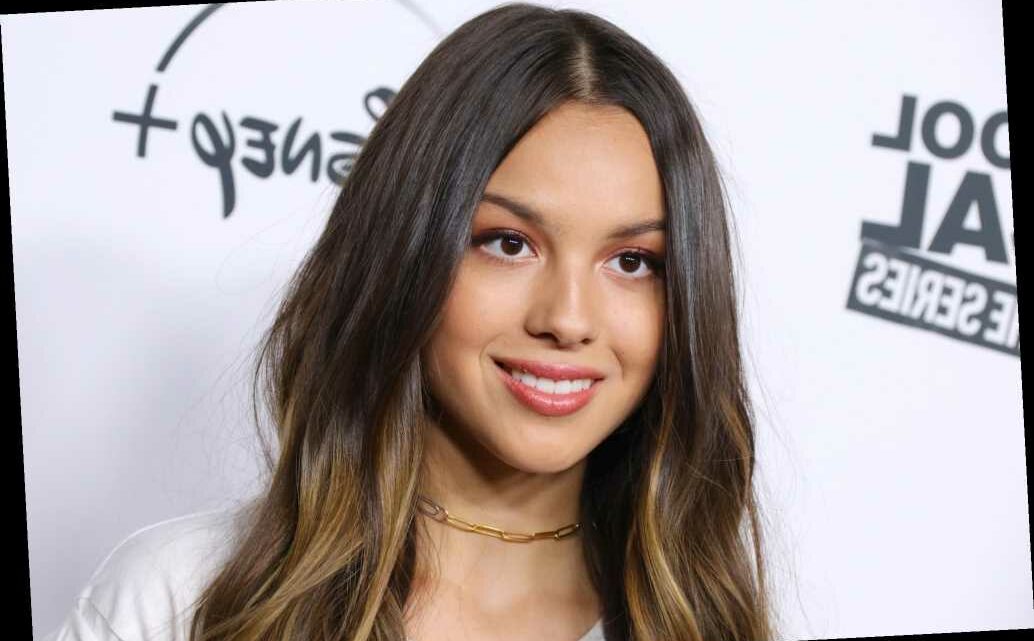 If you’re anywhere remotely close to the internet, then you’ve probably heard of Olivia Rodrigo’s newest single, “Drivers License.” It’s taken over TikTok, that’s for sure, but the song itself is also all over streaming platforms. It’s Number 1 on Apple Music and Spotify and definitely a hit already.

Rodrigo was one of the stars of the Disney+ original series, High School Musical: The Musical: The Series, and also starred on Disney Channel’s Bizaardvark beforehand. She’s posted a lot of her music on her social media before, and notably wrote some of the most popular songs of HSMTMTS, like “All I Want.”

But “Drivers License” is her first solo track outside of the show. And it’s already shed light on an IRL Disney love triangle that has reminded a lot of millennials of old Disney Channel drama. 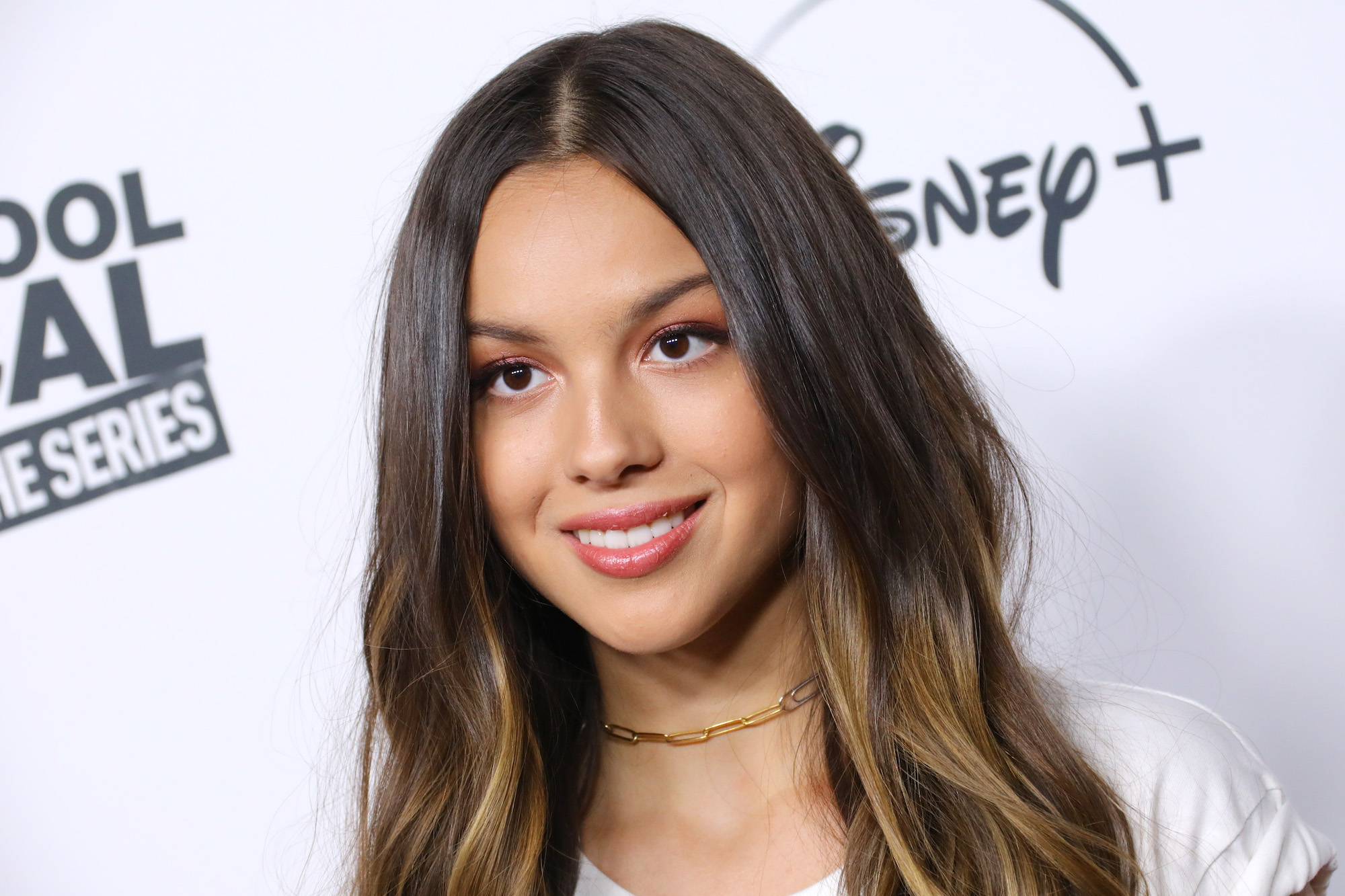 On Jan. 8, Rodrigo dropped “Drivers License” after a bit of fanfare and fans are obsessed. The song uses some typical car noises like the “dinging” when the doors open. It has some piano and a light ballad feel at first. The song talks about how she used to be excited to get her license so that she could drive to this person’s house. Someone who taught her to drive and who she was so in love with.

But now they’re not together and she’s heartbroken. And now that she has her license, it means something completely different than what she had imagined before.

“And I just can’t imagine / How you could be so okay now that I’m gone,” kind of sums up how she feels the other person is getting through their breakup, and Rodrigo is still sitting here, heartbroken.

Then the song bleeds into a gorgeous Lorde-esque bridge that mentions red lights and stop signs, getting more into the driving imagery. It then talks about how it’s still really hard for her to drive or even walk past places she used to go with her former love.

The song is about heartbreak, and fans think it’s about Rodrigo’s past

It’s about heartbreak amid getting your driver’s license, and it’s insanely relatable. It has all of the internet feeling like they’re 17 and heartbroken all over again (if they’re not teenagers, that is). And it also begs the question: Who hurt you, Olivia Rodrigo?

Because one aspect that “Drivers License” accomplishes really well is that it evokes those emotions from you that Rodrigo very obviously felt while writing. And while not every song an artist puts out is autobiographical, this one… seems like it is.

And, the more you dig into her past, it seems to become clear who this song is about.

Rodrigo was in a rumored relationship with co-star Joshua Bassett, and the song has parallels to her past (alleged) love life

As a bit of backstory, Rodrigo played Nini on High School Musical: The Musical: The Series, who’s interested in theater. Ricky, played by Joshua Bassett, had broken up with her before the summer, but changed his mind when they came back. But Nini didn’t, as she had gotten together with EJ (Matt Cornett) at theater camp. They all end up in a production of High School Musical, with Nini and Ricky cast as Gabriella and Troy and the rest is kinda history.

As Vulture notes, Rodrigo and Bassett allegedly dated outside of the show, but at some point broke up. Rodrigo promoted Bassett’s single in April 2020. However, she posted a recording of her playing a song that would become “Drivers License” in July 2020. So their breakup happened sometime after the pandemic started. If they were ever together; again they never confirmed things so we can’t say they were officially a thing. But it sure seems like it, as Vulture reported.

It’s also important to note that Rodrigo and Bassett wrote the song “Just For a Moment” together for HSMTMTS, and it’s possible Bassett wrote more about Rodrigo that fans don’t know about. So, the line, “Guess you didn’t mean what you wrote in that song about me” makes a lot of sense.

On top of that, Bassett and Sabrina Carpenter are now reportedly together. As The Cut reported, they were seen having lunch in August. Then the two of them had matching costumes as Sharkboy and Lavagirl at Halloween, where they filmed a couple of TikToks too.

Rodrigo sings, “And you’re probably with that blonde girl/Who always made me doubt/She’s so much older than me/She’s everything I’m insecure about.” And with Carpenter being blonde and 21 — Rodrigo is 17 — it seems to fit.

Why are fans relating it back to the Jonas Brothers, Miley Cyrus, Selena Gomez?

So where do the Jonas Brothers and the other Disney Screen Queens of the 2000s come in? Well, not only does Rodrigo’s fellow Gen Z audience love her new song and ride for her all the way, but many millennials are being transported back to the Disney Channel drama of the early 2000s when Nick Jonas was dating Miley Cyrus, then Selena Gomez. And there was a lot of beef behind the scenes, and sometimes in front of a computer screen.

As @yagirldondon posted, this supposed love triangle is akin to Gomez, Jonas, and Cyrus. Or as @moneymarj added on, it’s similar to and even more appropriate (and maybe debated) to the triangle of Ashley Tisdale, Zac Efron, and Vanessa Hudgens.

Interestingly, Joe Jonas, Kevin Jonas, and Sophie Turner all shouted out Rodrigo’s single on their Instagram stories. Is it because they see the parallel? Or just because they like the new song? Most likely the latter, but who knows.

And for millennials, it’s just a reminder that we can still be reminded of our teenaged heartbreak

But also, for older Gen Zers and millennials, they’re just eating this drama up. If there’s any drama at all. Because, again, it’s all based on lyrics in a song about alleged relationships. There isn’t a ton to go off of, but the pain heard in the song is still pretty real. And “Drivers License” is making people feel things.

So for 21-year-old TikTok user @flabbygutler, that’s feeling like a grandma when you hear “She’s much older than me” but then realizing Carpenter is also 21.

Or for user @ndamats, the song means that you want to sit in a bathtub and relive your teenage dramas and heartbreaks while drinking Josh Cellar wine — wink, wink — after googling all of Rodrigo and Bassett’s alleged history.

Is this a Disney cycle that is destined to repeat itself every so many years? Who knows. Is it even as big of a deal as the fans on TikTok and Twitter make it out to be? An even bigger, “Who knows.” But what we do know is that “Drivers License” is a bop and Number 1 on the charts right now. And that’s a big deal for an artist’s first single outside of their show.