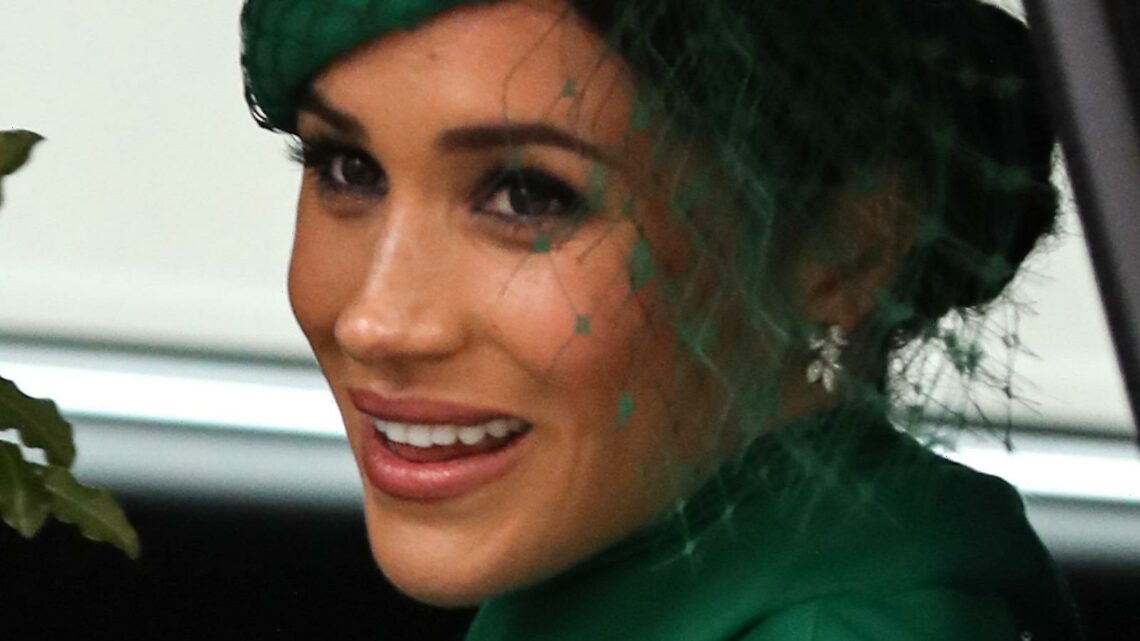 Due to her pregnancy, Meghan Markle was not able to attend the funeral of Prince Philip, the Duke of Edinburgh, who died on April 9 at the age of 99 (via Town & Country) and whose funeral took place on Saturday, April 17 (via BBC).

Still, Markle offered up a tribute to her late grandfather-in-law with a handwritten note and a wreath. As reported by Hello! Magazine, photos from the funeral show the calligraphy card and the arrangement made from locally sourced flowers and created by Willow Crossley, who was in charge of the floral design at Prince Harry and Markle’s wedding reception and their son Archie’s christening. The funeral wreath included acanthus mollis, the national flower of Greece, in honor of Prince Philip’s heritage; eryngium for the Royal Marines; campanula to represent gratitude and love; rosemary for remembrance; lavender, which stands for devotion; and roses, since the queen’s husband was born in June.

Some accused Meghan Markle of a publicity stunt

Sending flowers when someone dies is a sweet and customary tradition. Therefore, Meghan Markle’s actions caused some to say that she “is gracious, handwriting her condolences with a lovely thought-out very personal wreath.”

However, others accused her of a publicity stunt, since the details of the funeral wreath were leaked to the press. One person tweeted, “She just can’t help herself. Me, me, me. It’s quite sickening.” Another Twitter user wrote, “Do you feel you got enough recognition for your wreath now Meghan? Did your PR work how you wanted?” And yet another critic tweeted, “Just when I didn’t think she could get lower, I found it utterly sick, as I would if it happened at any funeral. The flowers are private, between you and the deceased. This was a final nail in the coffin for poor PP.”

The other side brought up the point, “If … it had transpired … that Meghan had NOT sent a wreath. Run that scenario, what would you say then?” as reported by the Daily Express. These were just a few of the comments, featuring two different viewpoints, made online about Meghan Markle’s tribute.