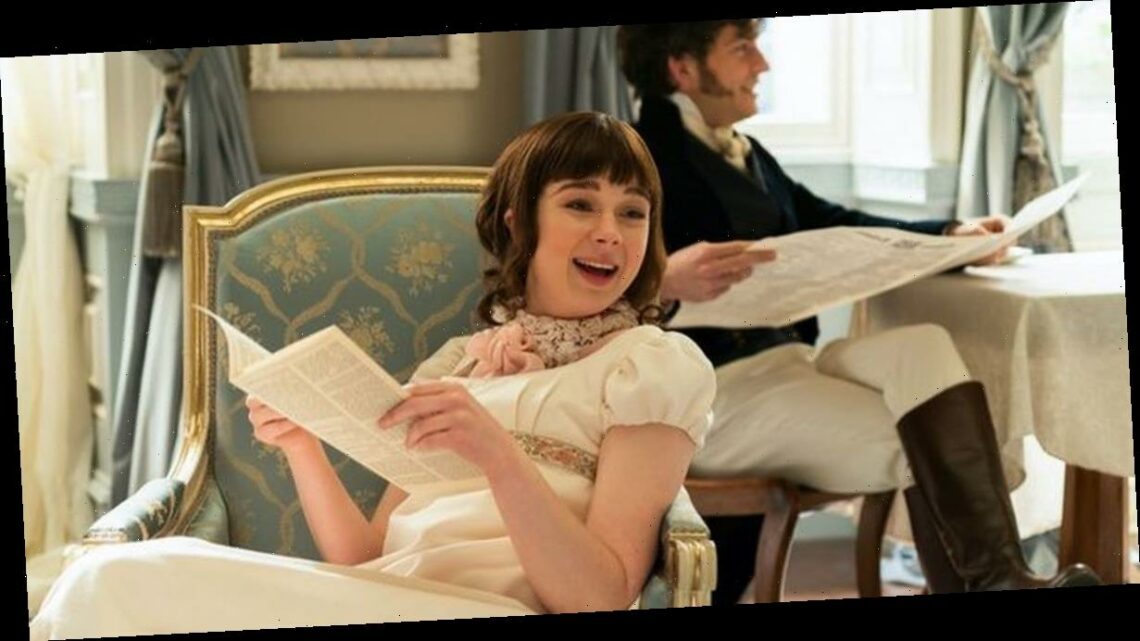 Bridgerton and its wealth of racy sex scenes is the new Netflix hit which has captured the attention of viewers.

Those tuning in to the period drama may well expect something akin to Downton Abbey, but it couldn’t be a further cry way with the lead actress schooled in the art of self-pleasure by a man she’s dating

And it turns out the show is very popular indeed, with the series holding a 93 per cent approval rating on Rotten Tomatoes.

Netflix also predicted that the series would reach 63 million households with 28 days of its debut, which took place on Christmas Day.

This makes it the fifth largest Netflix original series launch ever. Impressive much?

And for all those millions tuning in, some may well be wondering where they’ve seen Claudia Jessie before?

The Bridgerton actress, 31, is renowned for her part as DC Jodie Taylor in Line Of Duty season four, and yes, we also had that ‘ahhh’ moment when we finally realised.

Claudia acted alongside Thandie Newton and Roz Huntley in the series and fans picked up on the fact that she was a real suck up to Huntley.

BBC One hilariously Tweeted at the time: “There’s brown-nosing and then there’s DC Jodie Taylor… #LineOfDuty.”

As well as Line Of Duty, the star has a range of other acting credits to her name, including Doctor Who, Vanity Fair, Lovesick and Porters.

In Bridgerton, Claudia plays the part of Eloise Bridgerton and is often in scenes with her on-screen best friend, Irish actress Nicola Coughlan.

However, the actresses have now become great friends in real life too it seems.

Nicola told SPIN recently: “Claudia and I had met prior to being cast as best friends.

"She's so sweet, she's so funny, so like getting to play that with her was easy."

And Claudia might not be the only actor you recognise in the hit Netflix series, with a range of other stars being cast in big shows before Bridgerton.

Matriarch Violet Bridgerton has played the part of a famous mum before.

Yes you may well recognise the actress as Tracy Beaker's mum Carly – what a throwback!

The actress, whose name is Ruth Gemmell, was well known for her role in the hit show and fans were quick to point out her acting history while binge-watching Bridgerton.

Another big revelation came when fans discovered that the lead actress of the show, played by Phoebe Dynevor, is the daughter of Coronation Street legend Sally Dynevor.

Sally is best known for her role as Sally Webster in the ITV soap, and now her daughter is following in her leading role footsteps, taking on the part of Daphne Bridgerton.

Jumping on to social media in a hurry to share their excitement about the connection, one Bridgerton fan penned: “WAIT this is Sally Webster's daughter in #Bridgerton. An acting dynasty!!!"

And then of course handsome actor Regé-Jean Page who plays the Duke, once played an extra in Harry Potter and the Deathly Hallows.