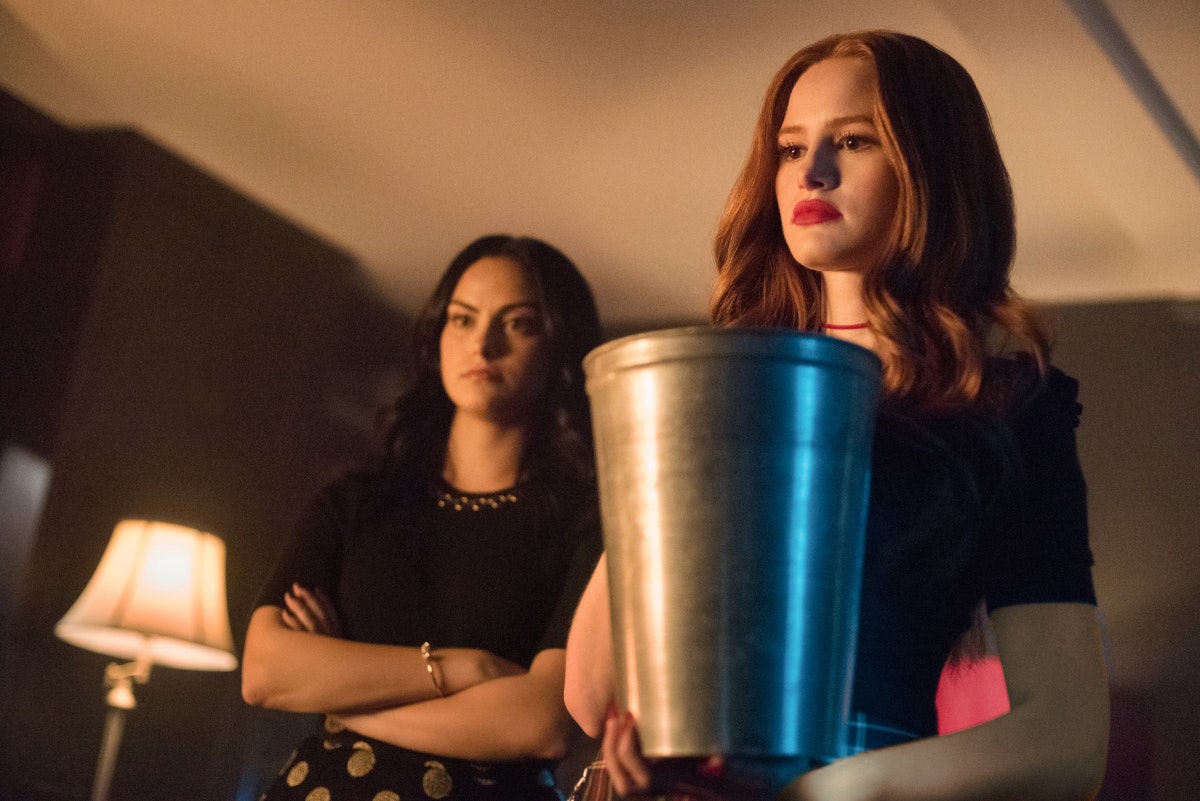 It’s been yet another twist-filled season of Riverdale, and it’s not over yet. Betty is struggling to get to the bottom of the Griffins and Gargoyles mystery; Veronica is trying to keep her speakeasy afloat and defeat her father; Jughead and Archie are on the run; and the Gargoyle King is still looming large. The midseason finale of Season 3, "Outbreak" airs on Dec. 12, but after that the gang will go radio silent for a while. So, when does Riverdale return?

Unfortunately, the CW hasn’t made the exact date of Riverdale‘s midseason premiere available just yet. But, based on the timeline for Riverdale Season 2, which also premiered in mid-October, fans should be back to solving mysteries alongside Archie, Jughead, Veronica, Betty, and the rest of the gang by mid-January. However, Season 2 also had another break for one month between February and March, so it’s possible that the network could space it out a little differently this season.

In the mean time, showrunner Roberto Aguirre-Sacasa tweeted out a script cover page back in October, letting a few precious tidbits slip about the upcoming midseason premiere. The episode is titled "Chapter Forty-Four: No Exit," which sounds pretty ominous, given that the previous episode is called "Outbreak." The episode is written by Arabella Anderson, who also wrote "Chapter Thirty-Eight: The Midnight Club" and "Chapter Thirty-Nine: As Above, So Below," so you can bet it’s going to be a good one. It’s also directed by Jeff Hunt, who previously partnered up with Anderson on "As Above, So Below."

In the tweet, Aguirre-Sacasa wrote, "Life goes on (for MOST of our series regulars) in Episode 309 of Riverdale," and then added emojis for a dice, a boxing glove, and a skull and- rossbones. The dice definitely seems like it’s signifying a risk — and hopefully a calculated one. After getting a good look at Archie’s time in the illegal boxing ring at Leopold and Loeb, it seems like the glove could be a reference to that. Then again, most of the characters on the show don’t shy away from throwing a punch or two (or taking them), so it could mean some fighting outside the ring. And that skull-and-crossbones pretty much says it all…

So who could potentially die? Popbuzz suggests that it might be Hiram, faking his own death to set the stage for a future comeback, which does sound pretty believable. Other series regulars include Archie, Veronica, Jughead, and Betty, as well as Cheryl, Kevin, and Josie. And starting this season, Reggie and Toni also joined the regular Riverdale line-up — which means they, too, could be on the chopping block.

The comic illustration shows Archie sitting at an easel, working on a self portrait, with a "Kick Me" sign stuck to his back. Based on Aguirre-Sacasa’s previous tweets, these illustrations tend to hint at something that’s coming within the episode. The cover for "The Midnight Club," for instance, had a callback to The Breakfast Club. But what this cover for "No Exit" could mean, well, it looks like that one’s still a mystery for now.