Home » Lifestyle » Here’s What Millennials Say About Sex In Therapy 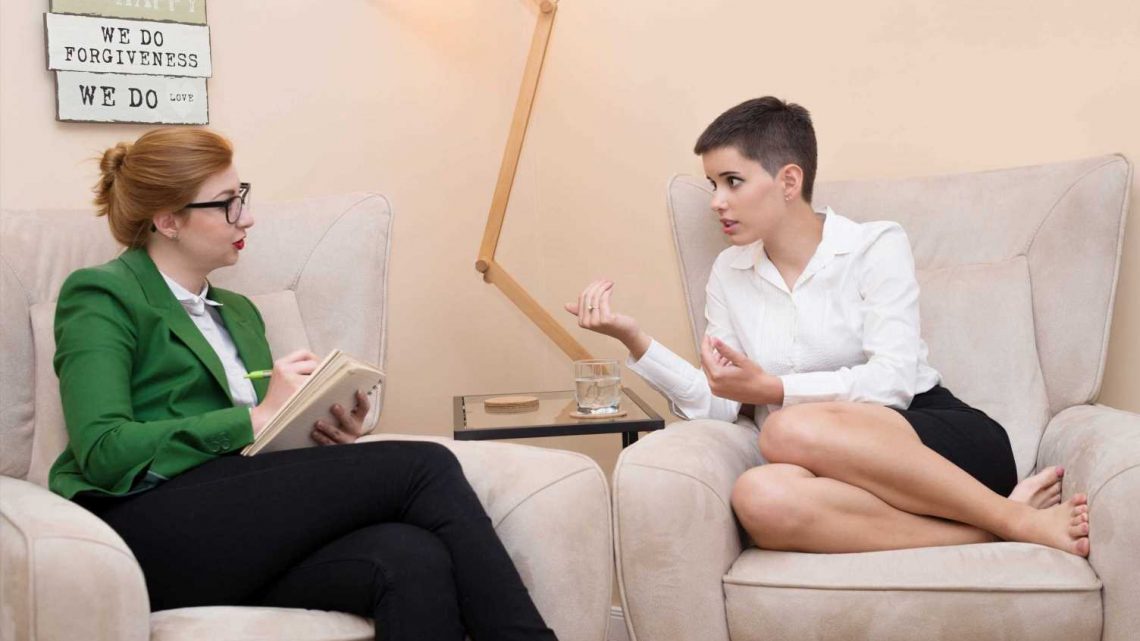 Here’s What Millennials Say About Sex In Therapy

But that doesn’t mean sex isn’t on the minds of those in their 20s and 30s. We asked therapists to reveal the common sex-related complaints, concerns, fears and insecurities their millennial clients bring up most in their sessions.

Stress and anxiety are messing with my sex life.

It’s no wonder millennials are overwhelmed and overworked, considering they face crushing student loan debt, technology that’s blurred the line between work and downtime, social media feeds that make it seem like everyone’s living their best life and an all-too-confusing dating landscape. All of these stressors leave little time or energy for pleasurable activities like sex.

“I often see that, at the end of a long day, clients are too burnt out to think about engaging in more contact with people, whether that’s going through the effort of setting up dates or having sex with a partner,” psychotherapist Kathleen Dahlen deVos told HuffPost.

What’s more, millennials report higher levels of anxiety than people in older cohorts and have even been dubbed “the anxious generation.” (But because of a lack of historical data, it’s not clear if millennials are actually more anxious than other generations were at the same age, or if they just report it more because of increased mental health awareness.) Anxiety, depression and the medications used to treat those mental health conditions can decrease a person’s sex drive.

“When we’re stressed or anxious, our bodies activate the fight-or-flight aspect of our central nervous systems, which recruits resources to help us escape the perceived threat,” deVos said. “Blood pressure increases, adrenaline and the stress hormone cortisol flood the system, and our ability to become sexually aroused usually decreases.”

“To relax and enjoy sex, our nervous systems need to downshift into ‘rest and digest’ mode, which is hard to do if we are constantly worrying about the future, ruminating about the past, or stressed about things like work, money or life goals,” she added.

I don’t feel like I got a proper sex education.

“Whether it is a result of cultural preferences, parental choice or simply geographic location (not all states offer comprehensive education), clients often describe feeling as though they’re lacking some basic knowledge, both about themselves and about the people they desire,” clinical psychologist Jamie Goldstein said.

“It gives them unrealistic ideas about what they or their partners’ bodies should look like, it creates misunderstanding about what sex should look like and leads to anxiety about the performative aspects of sex,” Pomeranz said. “For example: concerns about their ability to pleasure their partner and a need to achieve orgasm in order to have a ‘successful’ sexual encounter.”

My partner and I have different sex drives.

It’s rather common for couples to have mismatched libidos, especially when you consider that our sex drives will fluctuate over the course of our lives. In fact, 80 percent of couples of all ages experienced a “desire discrepancy” with their partner in the past month, according to one 2015 study. Still, therapist Deborah Duley of Empowered Connections, a counseling practice that specializes in women, girls and the LGBTQ+ community, said her millennial clients are often dismayed or discouraged when their partner’s sexual appetite doesn’t match theirs.

“Typically, their sexual appetites were similar in the beginning of the relationship but once they moved in together or got married, one of them typically ends up not desiring their partner nearly as much as they did at first,” Duley said. “They feel sad and neglected when they first look at this without a filter.”

For couples struggling with this issue, Duley recommends working on your connection outside of the bedroom first. For starters, figure out your partner’s love language, if you haven’t already, and make sure you’re expressing love in the way they most want to receive it. This, in turn, can improve intimacy between the sheets, she said. 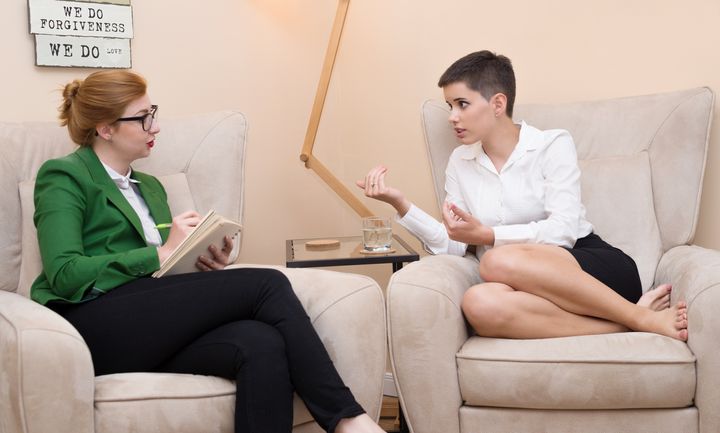 I’m not confident about my body.

Struggling with one’s body image is common across a number of demographic groups, including millennials. That lack of confidence can seriously inhibit a person’s desire for and enjoyment of sex.

“This one is particularly common with my female clients, though it’s not exclusive to women or millennials,” clinical psychologist Gina Delucca said. “Sex may be completely avoided due to body insecurities, or there may be more subtle types of avoidance, like only having sex with the lights off, only having sex when drunk or avoiding certain positions. Someone may have trouble being in the moment and truly enjoying themselves because they are so focused on what their body looks like while having sex.”

Duley said her millennial clients often deal with these insecurities, particularly after having kids or putting on weight. She works with them to stop tying their self-worth to a number on the scale and helping them recognize and appreciate the many things their bodies are capable of.

“I encourage them to focus on all the wonderful things their bodies do for them and learn to love their so-called imperfections by affirming to themselves that they’re lovable and desirable as a whole, not by dissecting their body piece by piece,” Duley said.

I’m still sexually attracted to other people, even though I’m in a relationship.

Just because you’re coupled up doesn’t mean you suddenly have blinders on that stop you from noticing or interacting with interesting and attractive people out in the world. As long as you’re not acting on those feelings in ways that betray your partner’s trust or take you away from your relationship, it’s usually harmless.

Yet a number of Goldstein’s millennial clients feel guilty when they experience a very normal attraction to another human being.

“A huge part of the work in these moments is honoring the guilty feelings that come up for folks, and also challenging the dominant narrative that suggests we are not allowed to be sexually curious about people outside of our partnerships,” Goldstein said.

I’m scared of getting an STI.

Whenever you start dating or hooking up with someone new, you should be having a conversation about your sexual health — uncomfortable as that may seem (we have some smart tips from experts if you’re not sure how to bring it up). As sexually active young people are eschewing condoms in favor of the less reliable pull-out method, it’s no surprise many millennials are worried about contracting a sexually transmitted infection. And even condoms or dental dams aren’t totally effective in protecting against certain STIs that spread through skin-to-skin contact, such as genital herpes.

“There is sometimes hesitation to broach these topics with their sexual partner due to concerns of ruining the moment, insulting the other person or being perceived negatively,” Delucca said. “Despite how common STIs are, there is still a lot of shame and stigma surrounding them. As such, clients who have concerns over contracting them typically worry about how something like this would impact their self-perception and dating life.”

If you’re concerned you may have contracted something, stop Googling and make an appointment to get tested. That way you can either have peace of mind if you test negative or look into treatment options if need be, Delucca said.

I don’t think my partner and I are having sex as often as we should be.

Among Goldstein’s millennial clients who are in relationships, a common worry is that they’re not having enough sex with their partners. Of course, there’s no one one-size-fits-all “right” amount of sex. What might be too little for one person (twice a month, let’s say) is just enough for another.

“Often, this concern is coupled with assumptions,” Goldstein said. “The most common assumptions are that if you are in love with your partner, the desire to jump their bones should last forever. The other is that everyone else is having way more sex than you are.”

In truth, Goldstein says most millennial couples are having sex once or twice a week on average, not every single day, as some of her clients seem to think.

“The problem with this is that they might be adding undue pressure on themselves to perform, which can result in anxiety and can actually impair performance,” Delucca said. “These concerns can also take someone out of the moment or lead them to focus too much on pleasing or impressing their partner as opposed to letting go and focusing on their own sexual needs.”

Try to stay present and in your body, rather than feeling like you have to put on a show for your partner.

Sex Ed for Grown-Ups is a series tackling everything you didn’t learn about sex in school — beyond the birds and the bees. Keep checking back for more expert-based articles and personal stories.

Jeff Lynne and Blondie Get Lifetime Honors, and Billie Eilish Gets Granddaughtered In, at ASCAP Pop Awards