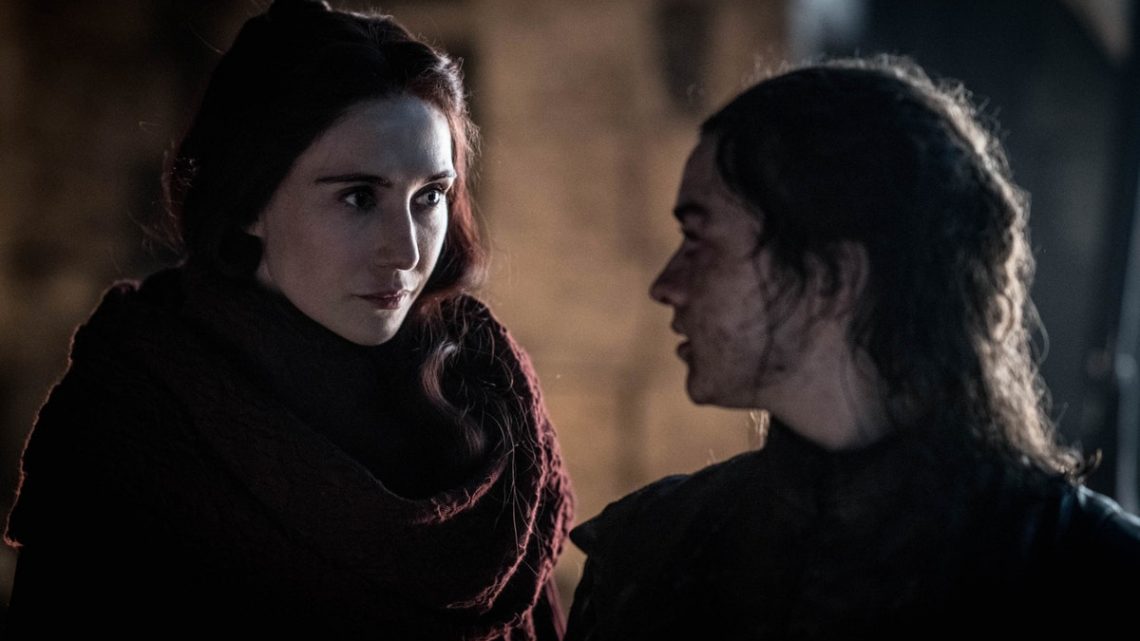 This post contains spoilers for Season 8 of Game of Thrones. Fans are still processing the bloody aftermath of the Battle of Winterfell, but the actors who played the characters who perished in the fight are handling the tragic losses a little bit better. In a recent interview with Entertainment Tonight, several Game of Thrones stars opened up about their final scenes on the show, now that they’ve met their unlucky fate in the fight against the Night King.

Perhaps the most heartbreaking death of the night belonged to Ser Jorah (Iain Glen), who died fighting to protect his Khaleesi, Daenerys (Emilia Clarke), from a horde of reanimated wights who attacked her outside the castle walls. While the moment was definitely tragic and devastating, Glen told ET that he felt it was the most fitting ending for the former knight, who pledged to serve Dany for as long as he lived. "[My reaction was] just that the guys nailed it," Glen told the outlet about reading his death scene for the first time. "I think really throughout all the episodes, just wonderful writing."

He continued, "It’s such a hard thing to pull off, I think the expectations are so high and I just think they managed all the story lines incredibly well. It’s full of the Thrones mix of the unexpected and dramatic and massive set pieces and extraordinary things beyond our ken, and it’s kind of more of the same but bigger and better."

Another Thrones star who was thrilled with the way their character went out was Carice van Houten, who plays the mysterious Melisandre. The Red Woman made a surprise appearance at the beginning of the battle, and helped the Army of the Living as much as she could with her powers.

However, despite being the inspiration to help Arya take down the Night King, Melisandre didn’t make it through the night, and after the dust settled, she walked out into the snow, shedding her clothes and dying as her old self. "I was really happy and pleased," van Houten told ET about reading her final moments, which wrapped up her storyline by bringing her back to Westeros to die, as she had predicted to Varys in Season 7.

Meanwhile, her fellow follower of R’hollor, Beric Dondarrion (Richard Dormer), also died during the battle — despite fans believing that it was impossible to kill him. Still, he went out as a hero, sacrificing himself to protect Arya and Sandor Clegane from the wights so that the former could end up killing the Night King. "I had goosebumps," Dormer told ET about Beric’s final actions. "Goosebumps on goosebumps."

Bella Ramsey — who plays fan favorite Lyanna Mormont — also got a goosebumps-inducing final scene, when the Lady of Bear Island proved that size is irrelevant when it comes to fighting by taking on — and taking down — a reanimated giant with her final breath. "I was really excited and looking forward to [this season]. I wanted to either end up on the Iron Throne or have a really good death. So I’m happy," Ramsey told Entertainment Weekly about Lyanna’s badass death scene.

According to the interview, Ramsey was only supposed to have one scene on the show, but once the fan reaction to Lyanna proved incredibly strong, the writers continued to bring her back again and again. And its because of that intense fan support that the creators David Benioff and D.B. Weiss felt she needed an epic, fearless death scene. "We knew that you can’t give a big death to everyone in this battle … but we also knew that if she were to die, we needed to make a moment of it, so that’s where the giant comes in," Weiss said in an HBO video about the episode. "We needed to give one of the strongest smaller people in the show the chance to go out taking down one of the strongest larger people we’ve ever seen on the show."

While it’s never easy to see some of Westeros’ most beloved characters die, at least fans can take comfort in the fact that everyone who went out during the Battle of Winterfell died in a way that felt fun and satisfying to the actors portraying them. Plus, we got to see Lyanna Mormont take on a giant, and that made everything worth it.