Home » Lifestyle » Here’s How The December New Moon Will Affect You, Based On Your Zodiac Sign 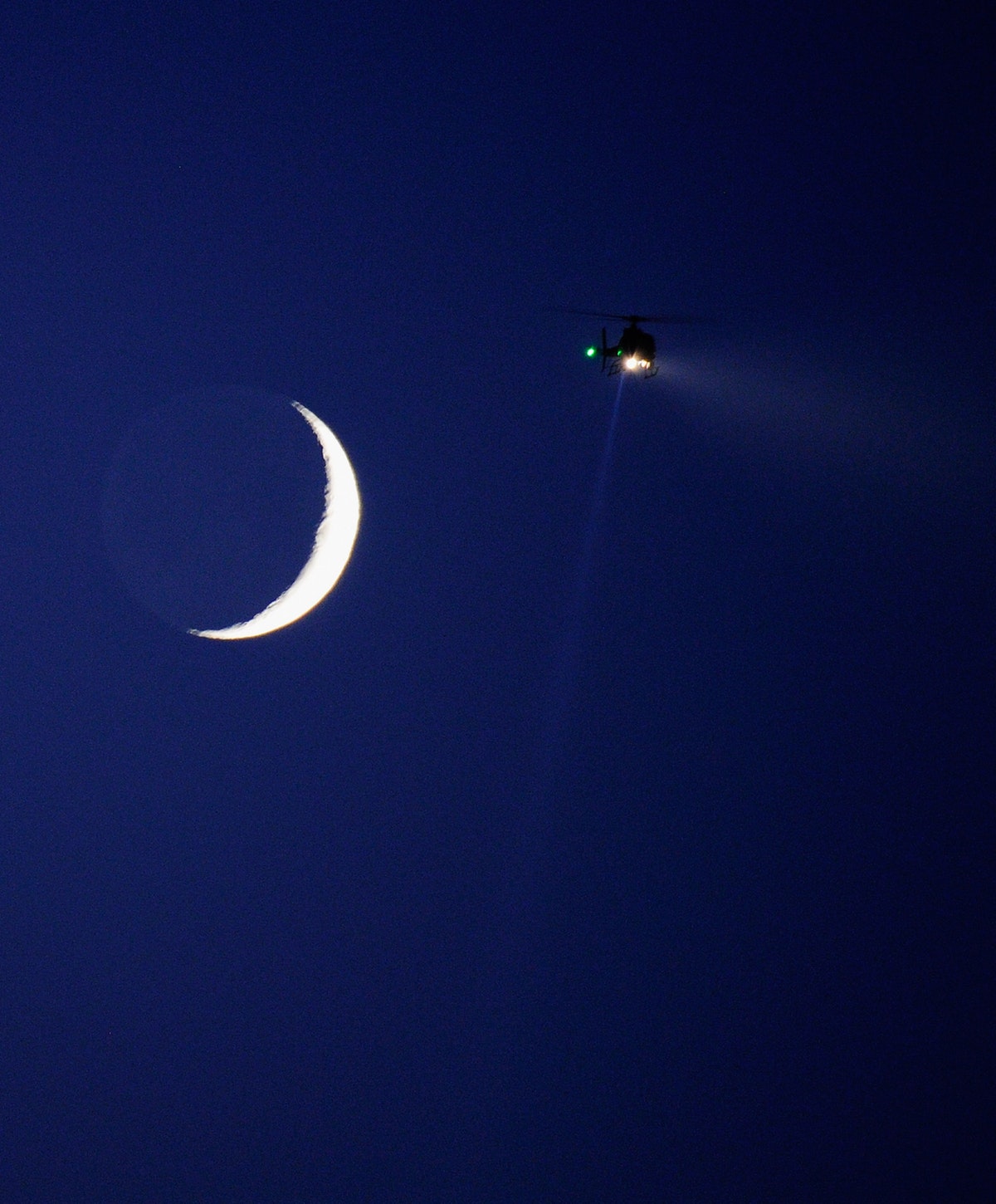 Here’s How The December New Moon Will Affect You, Based On Your Zodiac Sign

Party like it’s Sagittarius season! Winter’s not quite here, so for now, we’re all just soaking in the good vibes while the sun is in the energetic and excitable sign of Sagittarius — where the moon will join it on Dec. 7. The December 2018 new moon will crest in the happy-go-lucky sign of Sag, our zodiac’s resident fiery shoot-for-the-stars archer. Sagittarius is on an everlasting quest for knowledge, enlightenment, and new sights/sounds/experiences — so the new beginnings that come hand in hand with this new moon cycle have the potential to be worldly and beautiful. That said, there are some rough aspects to this moon, as both Mars and Neptune have gotten involved and created an astrological mini-tsunami for us to navigate ourselves through. What’s a luminary without a bit of lunar-fueled drama anyway though, right?

So let’s rewind. We’re still low-key recovering from that last Thanksgiving full moon in Gemini (during which my usually-conflict-allergic Libra self managed to offend no less than four people at a family gathering, one of which ended up in tears). That moon was intense, because it was in hard aspect with Mars (the planet of war), which had our tempers running high and our mouths running wild. Well, two weeks later, and Mars is still chillin’ there — and still wildly provoking our dearest Luna. To boot, he’s been joined in a conjunction with Neptune, planet of dreams and illusions, which sprinkles a whole bunch of confusion over the whole mess. Bustle spoke with astrologer Lisa Stardust to get her take on this moon’s vibes: "The Sagittarius New Moon marks a new beginning for everyone, but not without frustrations and setbacks," shares Stardust. "As action planet Mars and dreamy Neptune link up, they activate the lunar point of the New Moon, causing us to question our incentives and visions."

All in all, the current vibe "adds a sinister, underhand influence to the aggression, sexuality and nastiness of Mars in hard aspect," according to Astrology King. "On top of all this, the new moon joins a star in Hercules Constellation which acts like Mars on steroids." Um, yikes. Mars is steroid-y enough as-is — it’s masculine, action-driven, and aggressive — so we’re going to have to really watch how we channel our frustrations, tempers, and sexual energy during this moon. Given that illusion-prone planet Neptune will also be squaring the moon, we also need to be careful of being tricked or deceived — or doing so to others. Trust me, not a good time for all that.

As Stardust noted, though, this moon marks a new beginning nonetheless. There’s still room for growth — it’s just a matter of finding healthy ways to express yourself and relate to others. Working solo on passion projects can be a great way to take advantage of the energy in a posi way. "[N]ew moon December 2018 will stimulate your creativity and imagination," continued Astrology King. "So this a good moon phase for art, music, sculpture, dance and drama." Let your creative juices flow and begin a fun, expressive project, or incorporate the arts into a new moon ritual. If you’re not into art, immerse yourself into something more physical, such as exercise or some healthy sexual expression (solo or otherwise!).

This new moon is also the last in our current phase of eclipses, meaning we’re embarking on the series’ final moon cycle. It marks an ideal time to take a nice hard look at what you’ve been up to since July. Have you met your goals? Have you grown as a person? What hopes and dreams are still lingering, trying to get your attention, waiting to be tended to? This new moon (and the full cycle it signifies the beginning of) is a good time to work on wrapping up loose ends before we enter a new eclipse phase with the solar eclipse on Jan. 5.

We spoke with Stardust about how the December 2018 new moon will affect each zodiac sign, so read on to find out what’s in store for you under the upcoming dark moon’s influence.

"Dedicating your time to higher minded activities under this luminary will allow you to feel understood by others," shares Stardust. This moon is making everyone more susceptible to confusion and even deception, so elevate yourself and tap into your spiritual or philosophical side to get you through.

Money is coming your way — and so is a chance to reconnect with someone you care about. "A friend will repay a debt or a loan unexpectedly, offering you the possibility of mending the relationship," Stardust tells Bustle. The energy of new beginnings is strong, so take advantage of it!

With action-driven Mars wielding his fiery will during this luminary, you may find yourself jumping into things head first. "Your new relation may be going too fast," warns Stardust. "[I]t’s time to rethink if you want to commit to the person in question." Take some solo time to gather your thoughts about the matter at hand.

New moons = new beginnings, and this one is no exception. "It’s time to get out of your shell and try yoga or a new activity to stretch out your bones and expand your mind," shares Stardust. Allowing yourself to branch out and have some new experiences is good for the soul, and the Sagittarius new moon offers the perfect energy boost to do so.

You’re creative flames are burning bright and hot, and this new moon will be the time to work on logistics — especially since Mercury will have just completed its recent retrograde. "A new financial plan is now necessary to fund your creative projects — try to work on a budget, as you may be putting more money into your talents than you are receiving from your ventures," explains Stardust.

Neptune squaring the moon is making it super hard to see things clearly, especially when it comes to relationships. "Partnerships will prove to be more confusing than ever, forcing you to rethink the direction," shares Stardust with Bustle. Honor your feelings and do your best to ride the waves through this moon, but don’t jump to any rash conclusions.

You’ve been going nonstop, Libra, but this new moon is a good time to do a little solo work. "Your anxiety is a little high now, forcing you to take time off from the social scene," shares Stardust. "Try to yourself a mental break from the daily grind under this New Moon." Plan a Friday night new moon ritual for one, complete with some very-Venusian self-care regimens.

You’ve been working and growing and changing, and with the creative energy of this new moon, you’re ready to step out. "It’s now time to bring your creativity to the public — you may even make a decent amount of money off of your talents," explains Stardust. Seize the energy of this new beginning and take the risk. If you jump now, the net will appear.

Happy birthday season, Sag! This new moon is in your territory, but you’re not spared from the benefits of spending this time alone. "The spotlight is on you dear archer, however, you want to retreat and focus on yourself," advises Stardust. Giving yourself a little extra "you time" will serve you really well, and will help you avoid the drama that this new moon could incite in many of us.

As we embark on this last full moon cycle before the next eclipse phase, it’s a good time to step back and review your work from the past months. "It’s time for you to take a break from social media and emails now — relax and rejuvenate under this luminary," Stardust tells Bustle. Take some time out to rest and give yourself some room to breathe. It’ll help make room for more fresh starts.

This moon is making us all question relationships of all sorts, and it can feel super uneasy. "You may feel taken advantage of by your peers, forcing you to try to fill your loving cup with a new crew," warns Stardust. Don’t limit yourself, but also don’t jump to conclusions just yet. Wait for the dust to settle after this new moon energy subsides.

Your work life is under the spotlight now, but you may be feeling nothing but confused. "With work in high gear right now, the New Moon will force you to question your career path," shares Stardust. "Don’t make any rash decisions, think it through to see if you are headed in the right professional direction." Give it some time, and use this moon to reflect on where you’re at now.

George H.W. Bush: How Long Were He and Barbara Married?
World News