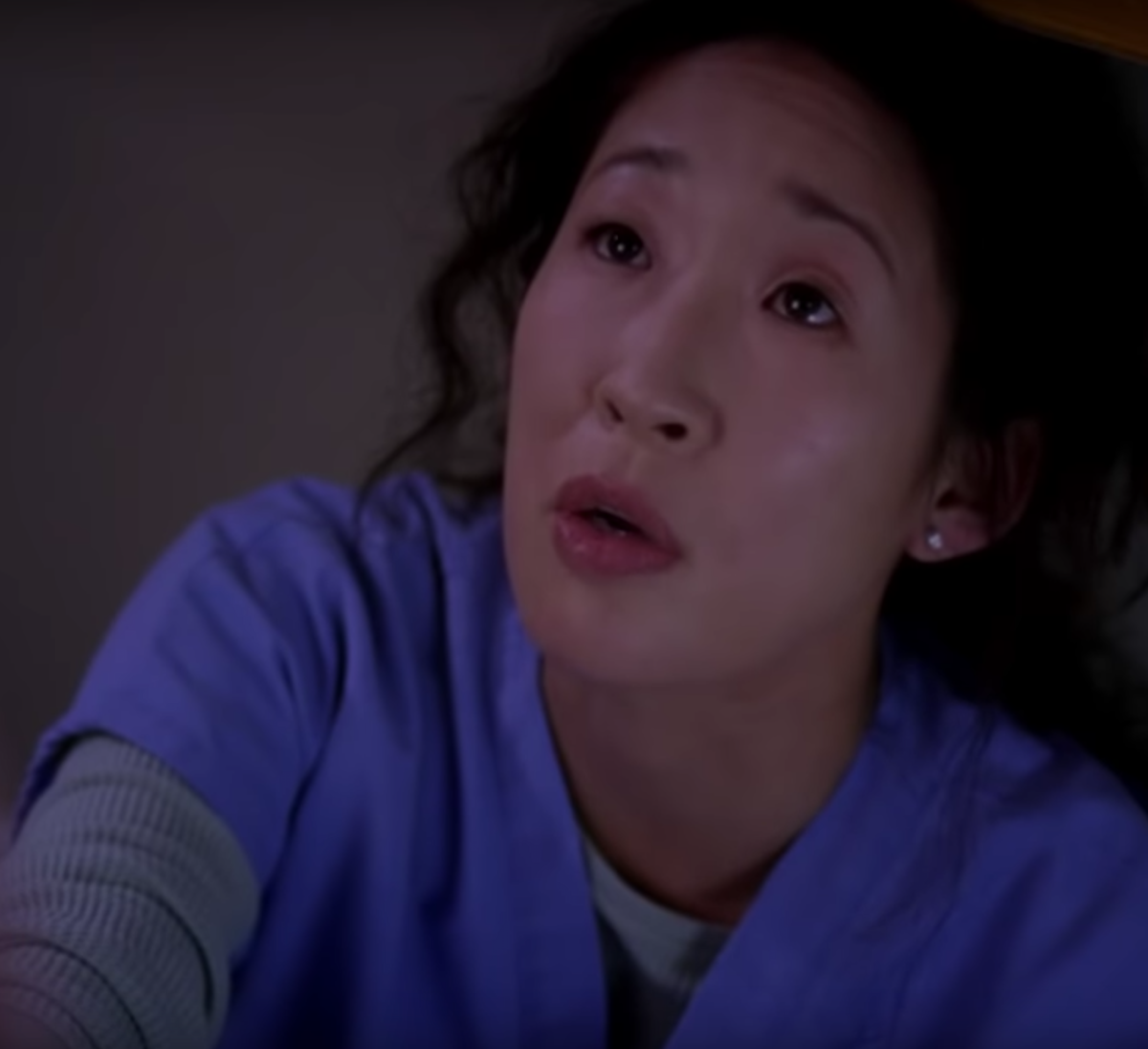 As one of the hosts of this year’s Golden Globes, Sandra Oh won all of America’s hearts; not to mention she also actually won a Golden Globe award for Best Leading Actress in a Drama Series for her chilling performance as Eve on Killing Eve. But before Oh was taking over award shows, she was gracing our TV screens each week as the inimitable Dr. Cristina Yang on Grey’s Anatomy. In case you need a refresher or just in case you just haven’t gotten enough of her lately, here are Sandra Oh’s best Grey’s Anatomy moments.

Oh is a stellar performer and her 10 seasons of Grey’s Anatomy served as the perfect showcase for all her best comedic and dramatic acting chops. Cristina is the kind of character who could have been difficult for audiences to love: She’s a know-it-all, she teases everyone she meets, and she’s ceaselessly competitive. But, because Oh imbued Cristina with such heart and depth, she turned the character into one of the most complex female characters on modern television. She made Cristina nearly impossible not to love and so dearly missed since she left the show. My best friend and I may or may not have watched Oh’s last Grey’s Anatomy episode in the dark, in each other’s arms, with tears streaming down our faces… and I may or may not have started tearing up all over again putting together this list of Oh’s best Grey’s moments. (I absolutely may have definitely done both of those things and I’m proud of it.) Read on to feel all the Sandra Oh feels with me.

The First Time She Calls Meredith Her "Person"

Cristina is not a touchy-feely person at all, but that doesn’t mean she doesn’t know how to connect with people. In Season 1, when she needs to put an emergency contact down on a medical form, she writes Meredith’s name. She lets Meredith know that she’s her "person," and thus the perfect word for that special someone in your life was invented.

Cristina’s relationship with her boss at the time Dr. Burke was always fraught; the fiercely independent Cristina constantly felt stifled by the traditional Burke. So when Burke leaves Cristina at the alter on their wedding day, she is both devastated and strangely relieved. Oh plays the odd mix of emotions beautifully, and it’s all set to the iconic score of Ingrid Michaelson’s "Keep Breathing."

Cristina and Owen Kiss in the Air Vent

After Burke, Cristina had a passionate and tumultuous relationship with trauma surgeon Owen. Throughout their relationship, the air vents in the hospital became a special place for them as somewhere they could always go to for a private moment or for an exhilarating burst to wipe the slate clean. The first time Owen brings Cristina there is a sweepingly romantic moment for the ages.

Oh always knows how to get a laugh out of Cristina’s lines, and the fishing trip with Derek is a prime example of it. It’s hilarious to see super-competent, brilliant surgeon Cristina totally out of her element as she struggles to use a fishing pole. This scene also provides a rare moment of bonding between Meredith’s two most important people.

Whenever they’re feeling stressed or freaked out, Cristina and Meredith know that they can dance it out. The problems don’t get fixed, but we do get some fabulous musical montages out of it.

After the Plane Crash

The plane crash of Season 8 was a dark point for all the Grey’s Anatomy characters, and it gave Oh the chance to showcase some of her most intense monologuing skills. This bath scene is a heavy one in which Cristina opens up about some of her darkest trauma.

This is the scene that absolutely broke me. Not only is it Oh’s final moments on Grey’s Anatomy, but everything about Cristina’s monologue makes it the perfect distillation of everything that makes Cristina so wonderful in all her dark and twisty glory. Plus, we get to see Cristina and Mer dance it out one last time. And another plus, Cristina leaves her person with the ultimate words of empowerment.