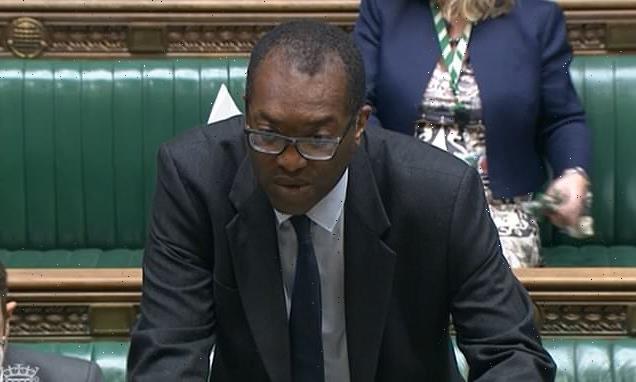 HENRY DEEDES: Kwasi's eyebrows were so high they almost vanished

You could see it in his face, poor chap – all twisted and contorted. His neck craned. His eyebrows so high they were in danger of disappearing off his forehead.

We were in the Commons and the SNP’s energy spokesman Alan Brown was up on his feet and giving it welly.

Mr Brown is an ex-civil engineer who hails from blameless Kilmarnock. With apologies to the good people of Killie, to incorrigible southerners like your sketchwriter, his accent can be a tad hard to decipher.

Words don’t so much flow from Mr Brown’s mouth as dribble like water from a leaky faucet. Imagine a cat leaping on to your keyboard and then trying to read out the resulting mess of words. 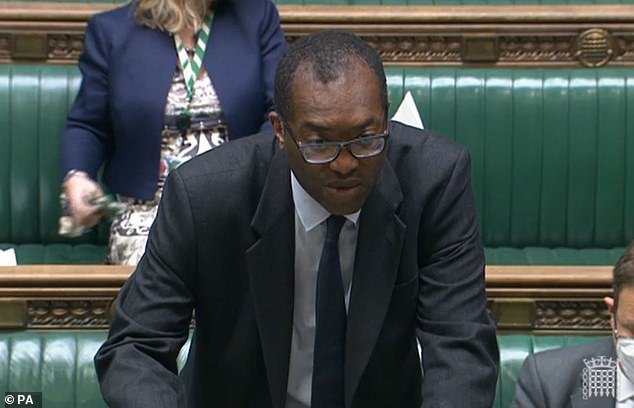 Oh dear. Kwasi Kwarteng was struggling, wasn’t he? You could see it in his face, poor chap – all twisted and contorted. His neck craned

Every now and then we caught ‘a Government failure’ or something about the cost of living. And, of course, the obligatory moans about needing another referendum vote.

Otherwise nada, I’m afraid. Zip. Mr Kwarteng stood looking a tad bewildered. ‘Well,’ he said. ‘There was, er, a lot in that question…’ Cue a volley of giggles from the Press gallery.

The Business Secretary had come to the House to answer an urgent question on the current energy crisis – the second time he had been forced to do so this week.

We learned little more than last time, but since Kwasi had irritated Speaker Sir Lindsay Hoyle on Monday by ignoring Parliamentary protocol in briefing the media ahead of MPs, the man in the chair was determined to make him sweat.

Once again, Mr Kwarteng said we shouldn’t worry about the lights going out. And once again, his opposite number Ed Miliband honked on about Government ‘complacency’.

Irritating chap, Miliband. Whenever Mr Kwarteng spoke, he would titter through his face mask and encourage colleagues to do the same. 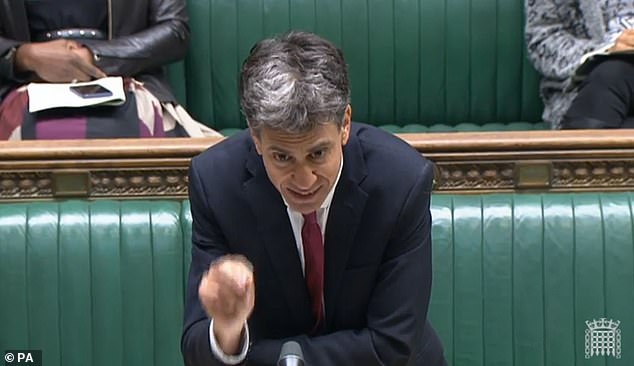 Once again, Mr Kwarteng said we shouldn’t worry about the lights going out. And once again, his opposite number Ed Miliband honked on about Government ‘complacency’

Many of us haven’t forgotten, Ed, that as Gordon Brown’s former energy minister, you helped bring about the ‘feed-in tariff’ that saw energy bills rise to subsidise renewables.

(Not forgetting too that, as party leader, he introduced the ‘one man, one vote’ leadership selection system which is largely responsible for the mess Labour find themselves in following Jeremy Corbyn’s tenancy – and which Sir Keir is now trying desperately to dismantle). Anyway… back to the session.

There was a suggestion from Sir Christopher Chope (Con, Christchurch) of a VAT cut on energy bills. Tax cuts? From this Government? Rob Halfon (Con, Harlow) had another pop, appealing to Kwasi’s past life as a ‘small-tax Conservative’.

Remember those? But no luck. We had a failed attempt at frivolity from Dame Diana Johnson (Lab, Kingston Upon Hull North) who asked whether customers were still advised to change energy supplier, or whether they should – wait for it – change their Government instead. Hardly had the Hon Mems clutching their sides, that one.

Mr Kwarteng shot back that voters had had a chance to switch Governments only two years ago and, ‘as I recall that did not end so well for the Labour party!’

The only other event of the day was a debut at the despatch box from the Prime Minister’s erstwhile PPS Alex Burghart.

For the past two years, Burghart has remained glued to Johnson’s heels, shepherding him around Parliament. Considering Boris’s organisational skills, this is not a job one should envy. His reward?

A junior posting in the Ministry of Education which saw him dispatched to answer an urgent question yesterday on the schools catch-up programme.

Considering he’s been in the job barely a week, he did pretty well.

The voice is strong, the manner confident. And a decent sense of humour – which is more than can be said of many around this place. One to watch, I’d say.