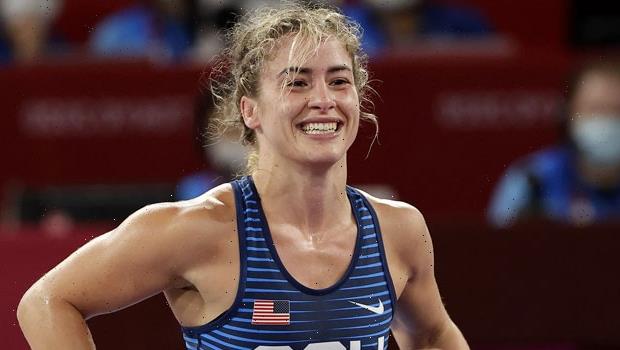 In an EXCLUSIVE interview with HollywoodLife, Helen Maroulis admitted that focusing on mental health made the 2020 Olympic games feel ‘different.’

This wasn’t the first time bronze-medalist Helen Maroulis, 29, competed in the Olympic games, but it’s the first time the athlete was having a “different” experience while doing so. The female wrestler has been on the “mat” since she was 7-years-old and she prepared for the Tokyo games for years.

“It was amazing to win a bronze medal at the Olympic games. After quite the challenging journey. I just remember being at peace. I felt really at peace with it and [I’m] really grateful that I just got to do it,” Helen told HollywoodLife in an EXCLUSIVE interview.

When it comes to competing, feeling at “peace” wasn’t something that came naturally to the athlete. Between navigating lockdowns and ensuring that safety protocols were in place with the COVID-19 pandemic, the journey to get to the Olympics was quite “challenging,” both mentally and physically. “Being an elite athlete is so amazing. You get to experience what the human body can do at the highest level. During this journey, I also felt like I experienced the human body at the lowest level and at this breaking point,” Helen shared. “Being on that spectrum has just made me appreciate everything. As humans, we are so powerful, but we are so fragile and so vulnerable. It really helped me tap into ‘human-ness. It’s been a really beautiful journey.”

Helen competed at the 2016 Olympics and noticed the change in how the games approached mental health. “This Olympics was very different from the 2016 Olympics. I feel like there has been almost a shedding of an old layer, like an unveiling. Where there is just a different type of realness and authenticity. I feel like people are being more honest with themselves and with each other about the struggles and the things we’re going through,” Helen admitted. “Mental health has been talked about more at these Olympics and I think athletes have all struggled with mental health more during these last years maybe than some of us ever have before. I think it’s brought a lot of new perspective and appreciation towards the games. Just the fact that the games didn’t get canceled and we still got to do them is such a blessing and it just makes you not take anything for granted.” 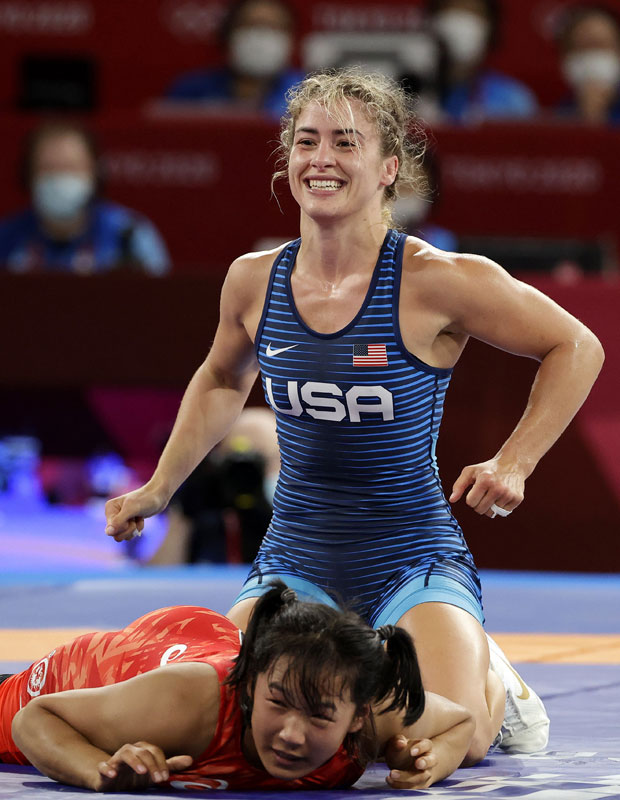 Now that the Olympic games are over, the female wrestler feels as if she “needs a break”, and she’s looking forward to dedicating her time to focusing on the greater good and giving back to causes she supports — (the) P&G Athletes for Good Fund and When We Band Together. “I’m just trying to be a part of something bigger and to ‘lead with love,’ which is the message for the P&G campaign,” the Olympian shared. “I really resonate with that, and I think it’s really beautiful. I think the world needs that right now. I think love is really healing and I think this world needs a lot of healing right now.”