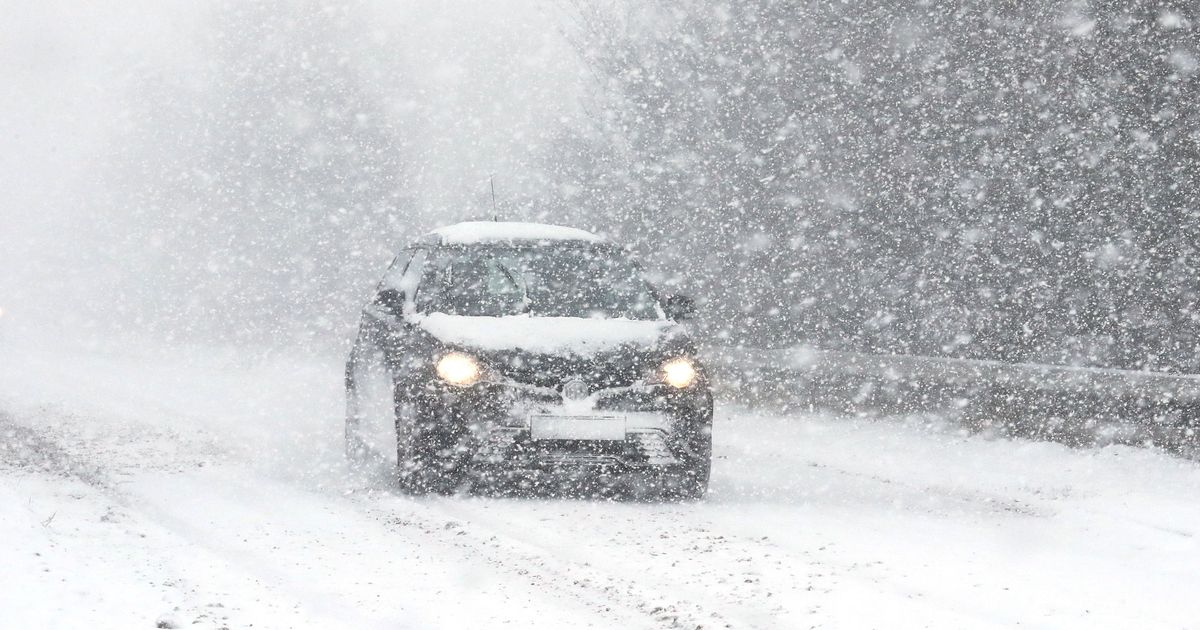 Britain is bracing for a blast of heavy snow and subzero temperatures as icy air sweeps across the country in the coming weeks.

Some forecasts are predicting 5cm of snow in parts of the UK while temperatures plunge well below zero – threatening travel chaos and dangerous conditions.

It looks like January will come to a brutal end with wintry weather arriving at the end of next week and lasting for days.

The wintry conditions are expected to carry into February, with forecasters warning that Britain could see a repeat of the ‘Beast from the East’ with widespread snow and bitter wind chills.

The Met Office expects unsettled weather from the end of next week until the beginning of February, with snow in places, and rain and strong winds in others.

Long-term forecasts show 5cm of snow falling in North Wales and Scotland next Friday (January 18), and up to 1cm over higher ground in the Midlands as temperatures begin to slide well below average for the first month of the year.

An easterly wind will push a weather system to the south-east of England.

Up to 2cm of snow is expected in East Anglia and Greater London on January 22.

A few centimetres of snow could fall in Cornwall and Devon, north-west Wales and Northern Ireland.

Some very cold weather is expected towards the end of the month, and the Met Office has said it cannot rule out a repeat of the ‘Beast from the East’ – a Siberian weather system bringing heavy snow and extreme cold.

Last year, a ‘Beast from the East’ cause chaos, stranding motorists on roads, grounding flights and forcing schools to close.

Until then, however, Britons will see cloudy conditions with some rain, fog and frost through the end of this week and into the weekend.

Thursday got off to a chilly start, with temperatures plunging to -4C in the south. But it was much warmer in the north, where temperatures were about 10C thanks to mild Atlantic air.

Temperatures will remain at about 10C in places through the day, although it will be a few degrees cooler in the south.

Thursday will be cloudy across the country with light, patchy rain across England and Wales.

Light rain and drizzle will continue across the south and the far north of Scotland in the evening, with patchy frost in the north-east.

Friday will be dry but cloudy, and western hills will see some light rain and drizzle, the Met Office said.

The north will be wet and windy.

The weekend is looking mild but windy, with rain in many places on Saturday.

Sunday will be brighter and colder with showers in the north.

Meanwhile, deadly winter storms have brought heavy snow across parts of Europe, with an avalanche threat issued for the Alps.

At least 14 people have been killed this month, with more snow on the way.

Austria has issued its highest warning for avalanches and food has had to be delivered to an Alpine village in Germany for residents trapped in their homes, Deutsche Welle reported.

The brutal weather has blocked roads, cut power and forced schools to close in mountainous parts of Austria and Germany.

The victims include a 62-year-old teacher who died when he fell while skiing and was buried in a snowbank in Mariazeller Burgeralpe, Austria.

Four skiers were killed when they were caught in a 990-ft wide avalanche near Tromsoe, Norway.

It is a largely cloudy picture across the UK today with light, patchy rain slowly sinking across England and Wales bringing some murky conditions.

A few brighter spells are likely at first in the southeast, and across the north later.

Light rain and drizzle will continue across the south, and the far north of Scotland.

Elsewhere it will be largely dry, with patchy frost in the northeast where skies clear.

Dry but cloudy for many; best of any brightness in the northeast. Western hills will see some light rain and drizzle. Turning wet and windy in the far north later.

A mild but windy weekend is forecast with rain for many on Saturday.

Turning brighter and colder through Sunday, showers in the north.