Home » Lifestyle » Harry and Meghan got freedom and a Netflix deal – but at what cost? 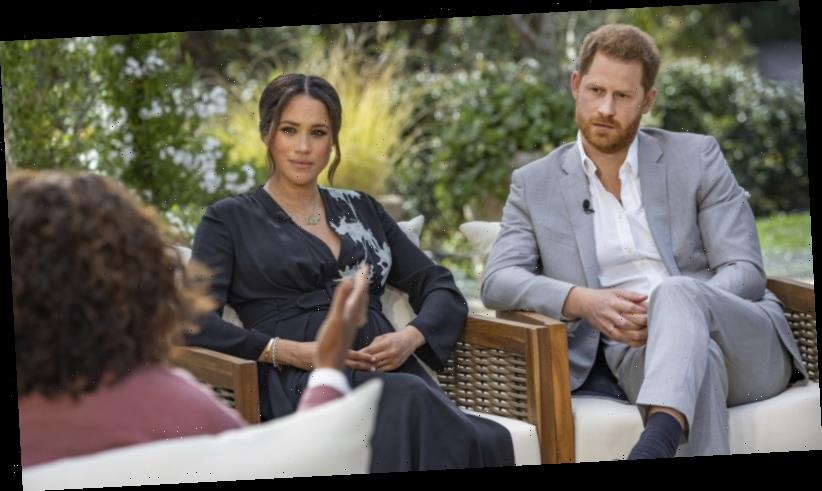 Harry and Meghan got freedom and a Netflix deal – but at what cost?

“This is just the beginning for us,” said Meghan, Duchess of Sussex, at the end of a two-hour televised conversation with America’s national confessor-in-chief Oprah Winfrey. And so the highly anticipated meeting of Winfrey and Britain’s exiled Royal couple ended as all such Hollywood fairytales do, with the promise of a sequel.

The interview, in which the Duke and Duchess of Sussex outlined the challenges which surrounded Meghan’s debut within the Royal Family after their marriage in 2018, and the onslaught of negative and at-times racially charged media coverage, was pure television dynamite. 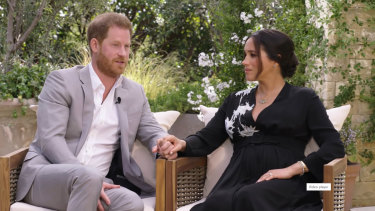 Prince Harry and the Duchess of Sussex speaking to Oprah Winfrey.

It came with breaking news headlines: the pregnant duchess’s second child will be a girl. And institution-shaking admissions: the duchess had contemplated suicide, that Harry’s father Prince Charles stopping talking to him for a time, that his relationship with his brother Prince William remains distant and that an unnamed member of the family remarked on the possible “colour” of the couple’s mixed-race children.

But it was noteworthy also for the topics it conveniently skipped past. Meghan’s family, in particular her father Thomas and half-sister Samantha, who have sold stories to UK, US and Australian publications, got a free pass from Winfrey’s questioning. So did recently re-aired allegations of the duchess’s bullying of palace staff which have prompted an internal investigation at Buckingham Palace.

The couple also got a free pass on some topics such as their use of private jets, and how it runs contrary to their environmental campaigning, or indeed how a sit-down interview with Winfrey on American network television, and sold to broadcasters around the world, works in the context of their desire to live their new lives in “privacy”.

But those wrinkles are likely to be lost in the applause as the American television audience, for whom the special was primarily intended, digest the narrative of the duke and duchess as victims of a grim Victorian institution which sought to imprison and silence them. Like their American Revolutionary War forebears, it is the USA, led by General Oprah, which will now set them free.

Narratively it played to a script that could have come straight from Disney. It had sinister villains in “the Firm”, the grey-suited faceless army who run the administrative operations of the Royal Family. It even had an imprisoned Princess, who at one point likened herself to Princess Ariel in The Little Mermaid.

Whether that ultimately sells as the prevailing narrative for the couple’s lives in exile remains to be seen, but even Winfrey didn’t sound too convinced by Harry’s claim that he too was a prisoner of “the institution”. If only we were all prisoners with million-pound trust funds.

At other times, the basic details of the narrative felt slightly off. Meghan’s claim that nobody “trained” her to be a duchess does not sit well with the heavily reported history that the Queen’s own private secretary, Samantha Cohen, was seconded for six months to personally oversee Meghan’s training.

And the suggestion that the couple’s son Archie was denied the title of Prince because of the colour of his skin, while provocative, does not reconcile with the general rule that royal great grandchildren have never received such titles. (In William’s children’s case a special rule was made, as their father is a future King, and in Harry’s case, all of his children will automatically become Princes and Princesses when their grandfather, Prince Charles, becomes King.)

As much as the audience with America’s still-reigning talk show queen sought to convey an air of casual alfresco chatter, in truth every detail was nailed down. The setting was neither Winfrey’s garden nor Harry and Meghan’s, but rather the garden of a mutual friend which was felt to be particularly telegenic.

And given that emails from the outdoor furniture designer landed in press email inboxes 45 minutes before the telecast began, the small details felt carefully stage managed. (Even if a price tag of US$2095 ($AU2725) sounds hefty for what looks like a wooden coffee table.)

The winner on the day was most likely the couple’s Archewell Foundation, a charitable enterprise which was borne out of the bungled creation of an earlier entity, Sussex Royal. (In February 2020 the couple were forced to abandon their earlier plan because Sussex Royal had breached special copyright protections over the use of the word “royal” and the depiction of royal crowns.)

Two hours of free PR also can’t hurt the couple’s deals with Netflix, to develop “scripted and unscripted series, film, documentaries, and children programming” and Spotify, to produce and host a podcast, though it remains unclear how a television interview with such monstrous audience and revenue potential then ended up on CBS, who paid the couple nothing.

In pure PR terms, measuring its success or failure may be difficult to divine immediately.

Ranked against historic interviews, such as Princess Diana’s sit down with Martin Bashir, in which she famously spoke of “three people” in her marriage to Prince Charles, and Sarah Ferguson’s visit to Winfrey’s confessional to talk about her own Royal misfortunes, it may end up out-ranking both.

But measured as damage wrought against a family at war with itself, it may end up being substantially more costly. Those relationships – characterised in the interview as Harry’s estrangement from both his father and brother – are now surely irrecoverably broken.