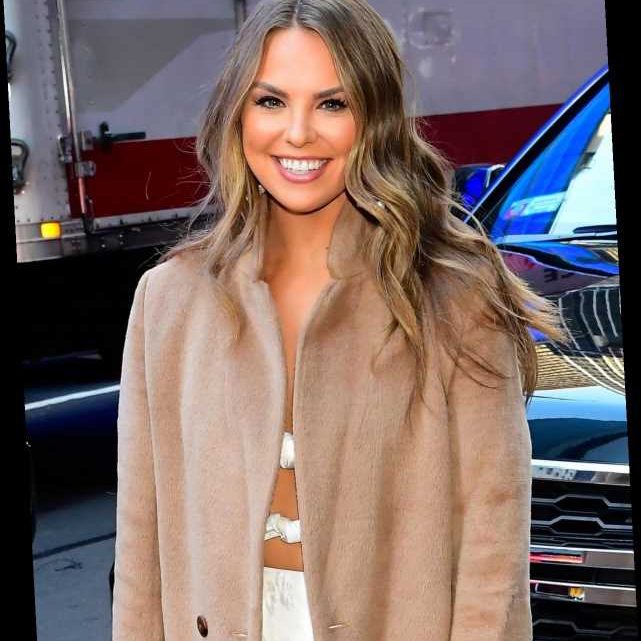 She might not be the next Bachelorette, but there’s still a chance for Alabama Hannah to find love on the Bachelor franchise. During the March 3 episode of SiriusXM’s The Bachelor Recap, ABC’s VP of Alternative Programming Robert Mills revealed that Hannah Brown is interested in appearing on Bachelor: Summer Games — provided, of course, that the coronavirus scare calms down enough for the show to indeed film this summer.

Mills was speaking with co-host Julia Cunningham about the Olympics-inspired spinoff, when he revealed that Hannah had expressed interest in taking part because of the show’s competition aspect. "Hannah B, too has also said, ‘I find this interesting,’ because she likes to win," he explained. "She likes to win." Cunningham echoed Mills’ theory, adding that the former Bachelorette had said, "’I would do it.’ People who like to win, they are all in."

While Hannah was reportedly considered to be the next Bachelorette before Clare Crawley’s casting was announced on March 2, the former beauty queen has made it clear that she’s ready to focus on other aspects of her career. On Feb. 19, Hannah announced she would re-join the Dancing With the Stars Live Tour for several dates in March, which would conflict with filming dates for the upcoming season of The Bachelorette. Two days later, during a fan Q&A on her Instagram Story, she revealed she was no longer "actively looking" for love.

"I’m not like, actively pursuing or looking for love," Hannah explained, after a fan asked if she’s still in search of her perfect man. "I hope it just happens. I’m open to it." She also mentioned that she "just want[s] to kind of vibe with a person," rather than go through the elaborate Bachelorette process once again.

That wasn’t the first time that Hannah has expressed her hesitation to return to the Bachelor franchise in order to find "the one." In January, she told Entertainment Tonight that while, "I think [the show has] had a lot of success in the people that are together are very happily together," she wasn’t sure if she wanted to put herself through the process once again. "I want that, but it doesn’t have to be as the Bachelorette."

Of course, if Hannah does return to the franchise with Summer Games, that doesn’t mean she’ll have to find love on the show. During an appearance on The Ringer‘s "Bachelor Party" podcast in February, Mills said he wants the spinoff to be "its own thing" and is even hoping to cast athletic Bachelor Nation alums like Colton Underwood and Jordan Rodgers, both of whom are in successful relationships.

"I think it’s going to be really fun," Mills said of the show, which he confirmed will once again include stars from the foreign Bachelor franchises. "We found a really great place to hold it. I mean, it’s going to be so fun seeing these people in these great, you know, track and field and swimming. This is a real Olympics."

Hannah has won the title of Miss Alabama, the hearts of Bachelor Nation, and the Dancing with the Stars mirror ball trophy — maybe it’s time she added a few Summer Games medals to her shelves.

Scientists find coronavirus 'could spread in human poo and urine'