Home » Lifestyle » Halsey’s Essay About BTS For The TIME 100 List Is So Beautiful, It’ll Make You Weep

Halsey’s Essay About BTS For The TIME 100 List Is So Beautiful, It’ll Make You Weep

I’m happy to report I am fully riding the BTS ARMY train and not looking to get off any time soon. The K-pop sensation blasted onto my radar in 2018 when their hits "Idol" and "Fake Love" overwhelmed my news feed. Once I saw them dance, I was in deep — hook, line, and sinker. Today, they’re gearing up to take over the U.S. Billboard charts once again, in addition to all of their accolades and fame in Asia, and it’s a damn party. Recent BTS collaborator and superstar in her own right, Halsey, agrees. Halsey’s essay about BTS for the Time 100 list is a sweet ode to J-Hope, Jin, Jimin, Jungkook, RM, Suga, and V, and the kind of content ARMYs live for.

Halsey collaborated with the boys for their recent hit "Boy With Luv" off their new comeback album, Map of the soul: Persona. The song is a joyful bop and the music video features Halsey in a somewhat different kind of light. "Boy with Luv" is objectively bright and upbeat, whereas Halsey’s music tends to lean towards moody, indie pop. According to her, working with BTS was a dream and they really are as wonderful in real life as ARMYs suspect and hope they are.

BTS was featured on the Time 100: The Most Influential People of 2019 list under the "artists" category. What’s so fun about the Time 100 is everyone featured is written about by someone close or adjacent to them, often within their own industry or network. It totally makes sense that Halsey was chosen to write about BTS. She opens up her essay discussing the sheer domination the boys have achieved so far in their career.

"How exactly does one accomplish world domination? Surely it takes remarkable talent, charm, kindness, altruism and dedication. But you’d still be missing a key component: a devoted community to uplift your efforts, soften your stumbles and shoot light from their eyes into the sky in your name every single night," she said. 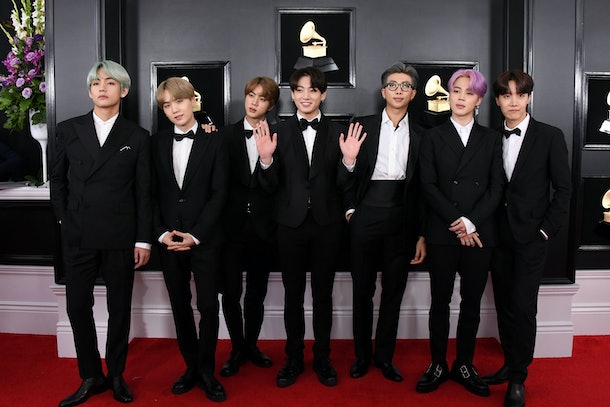 From there, she talked about the thing that distinguishes BTS more than anything: their undying positivity, kindness, and endless capacity to give to their fans and community, writing, "With positive messages of self-confidence, intricacies of philosophy hidden in their sparkly songs, true synergy and brotherhood in every step of their elaborate choreography, and countless charitable and anthropological endeavors, BTS have put their 14 best feet forward as role models to millions of adoring fans and anyone else who finds themselves drawn to BTS’s undeniable allure," she wrote.

Halsey also touched on her own relationship with the guys and shared a little bit about what it’s like to hang out with him.

She concluded with a message of support, reminding everyone that world domination is the result of the amazing and exceptional effort the boys put into their craft.

Yes, girl. You said it! Thank you Halsey, TIME, BTS, and the universe for this great magic!