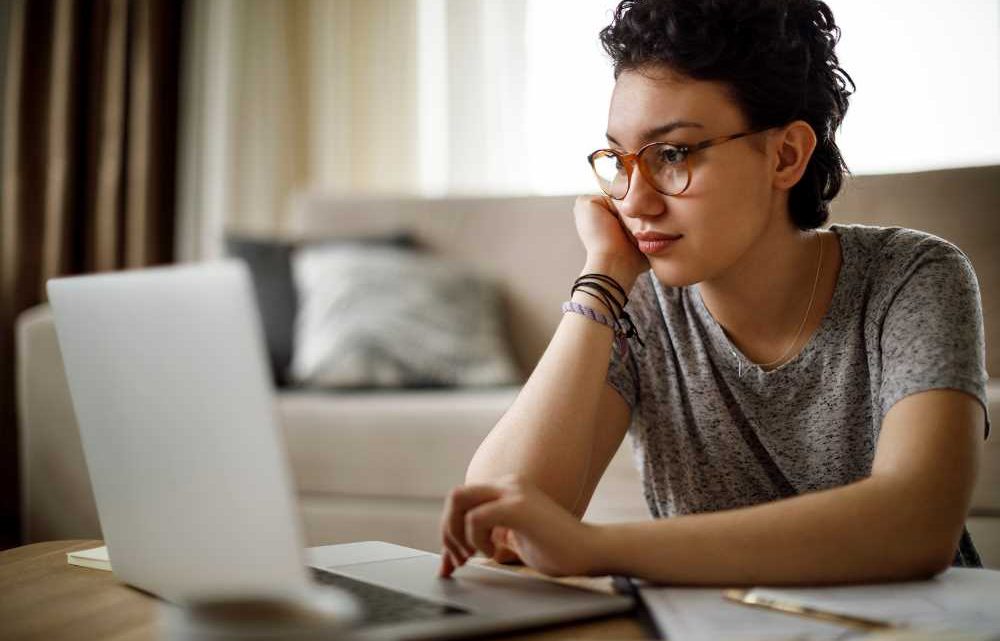 Half of young Americans say college is no longer necessary

Vivek had been working for the company part-time while at a magnet engineering-focused high school in Edison, NJ When she was offered a full-time position, she couldn’t pass up the opportunity.

“I definitely thought about going to college because those schools are all really good. But in the end, I knew I would learn more discovering things on my own and working in the real world,” Vivek told MarketWatch.

At 19 years old, Vivek belongs to Generation Z. And while her experience isn’t yet common, Gen Z is becoming more open to doing college differently or not going at all, according to a new study by TD Ameritrade TD.

About one in five Gen Z and young millennials say they may choose not to go to college. Many others see a less conventional path through education as a good idea. Over 30 percent of Gen Z — and 18 percent of young millennials — said they have considered taking a gap year between high school and college.

What’s more, 89 percent of Gen Z, along with nearly 79 percent of young millennials, have considered an education path that looks different from a four-year degree directly out of high school. For millennials, that’s up 18 percent from 2017. (Gen Z was not surveyed in 2017.)

The burden of student debt
One reason for this shift away from a traditional college education is student debt. The average borrower now leaves college with about $37,000 of loan debt, up more than $10,000 from 10 years ago. And outstanding student debt owed by all borrowers reached $1.5 trillion in 2018. That’s nearly three times as high the collective $600 billion owed one decade prior.

Just over one in four young millennials say they are delaying college due to the cost, according to the TD Ameritrade study. That’s up 7 percent from 2017. And 73 percent of Gen Z and young Americans say “they chose or would choose a less expensive college to avoid debt,” the study found.

“Paying for an education in America is ridiculously expensive and I think that’s a huge reason why a lot of people in our generation are reconsidering if it’s actually worth it,” Vivek said.

Is a college degree necessary?

Parents still think so. Nearly all — 96 percent — of parents surveyed in the TD Ameritrade study said they do expect their kids to go to college. But a lot of young Americans don’t think a four-year degree is essential. About half — 49 percent — of young millennials said their degree was “very or somewhat unimportant” to their current job. Only 27 percent of parents said the same.

Vivek said she was studying “almost college-level” engineering in high school but never thought skipping out on college was an option until the summer after her junior year. That summer, she conducted computational biology research at Memorial Sloan Kettering hospital. “I realized I really didn’t need a degree to do the work that I was doing and that you can make an impact without a degree.”

Working at Avasoft during her senior year further convinced her that a college degree may not be worth her time.

“I could either pay money and not get real-world experience, or I could earn money and get work experience,” she thought to herself when making the final decision to continue at Avasoft instead of heading to Caltech.

“More students are working in college today than two years ago,” Luber added. More than a third of young millennials and 48 percent of Gen Z say a part-time job helps them pay for their education. “A lot of people my age I know in college are working side hustles or even full-blown jobs,” Vivek said. “I think it’s becoming a lot more common.”

Life without college
Since starting full-time at Avasoft, Vivek has been “extraordinarily happy,” she told MarketWatch. “I feel like I fit better in the ‘real world’ than I did in school,” she said.

But her first year at the company has come with some social challenges. “I lived alone in India for six months because 90 percent of the team I manage are developers based out of India. I was definitely cut off from a lot of people my own age there.”

She’s now living in Germany while she works with one of Avasoft’s clients, a European pharmaceutical company. She says social media has allowed her to keep in touch with a lot of her friends from home, but even then, their lives are quite different from hers.

“Having money on the line and having clients is a different kind of pressure that most people my age can’t relate to,” she said.

As for her future, Vivek wants to stick with Avasoft for at least the next year and possibly longer. After that, she’s not sure where she’ll end up. “You never know what opportunities will come up.”

Among her generation, she agrees that “there’s a growing attitude that college isn’t necessary or that it won’t make or break your future.”

And she predicts the number of kids jumping directly into the workforce is only going to increase. “A lot of young people have asked me how I did it, or even just how to work during a gap year — I think it’s all going to become more common.”

Texting your ‘number neighbor’ could lead to a crazy conversation