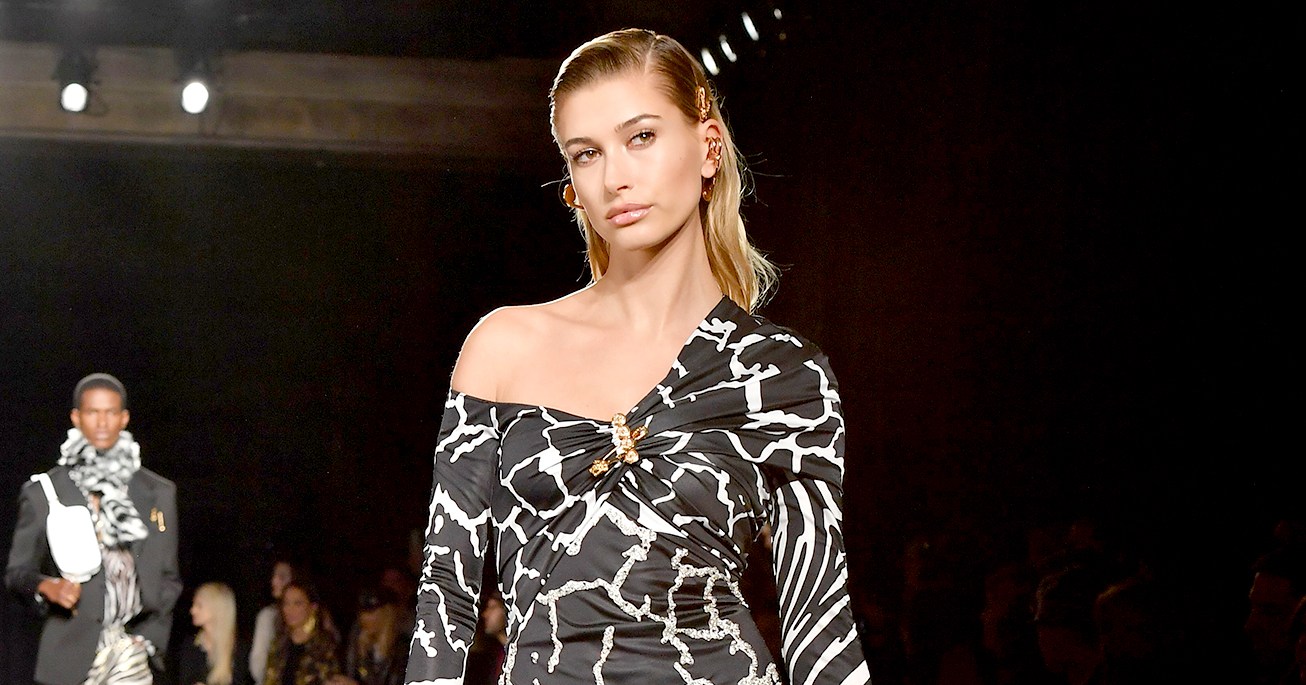 It’s all about balance for Hailey Baldwin! The model strutted her stuff on the runway at the Versace Pre-Fall 2019 runway show in New York City on Sunday, December 2, but mere hours later she was indulging in something far less glamorous – Shake Shack.

The newlywed, 22, shared her post-fashion show pit stop on Instagram by including a photo of one of the fast-food restaurant’s green and white holiday bags in her Instagram story. Though Baldwin didn’t offer her followers an up-close look at her meal, she was clearly ready to chow down. “Happening,” she wrote. 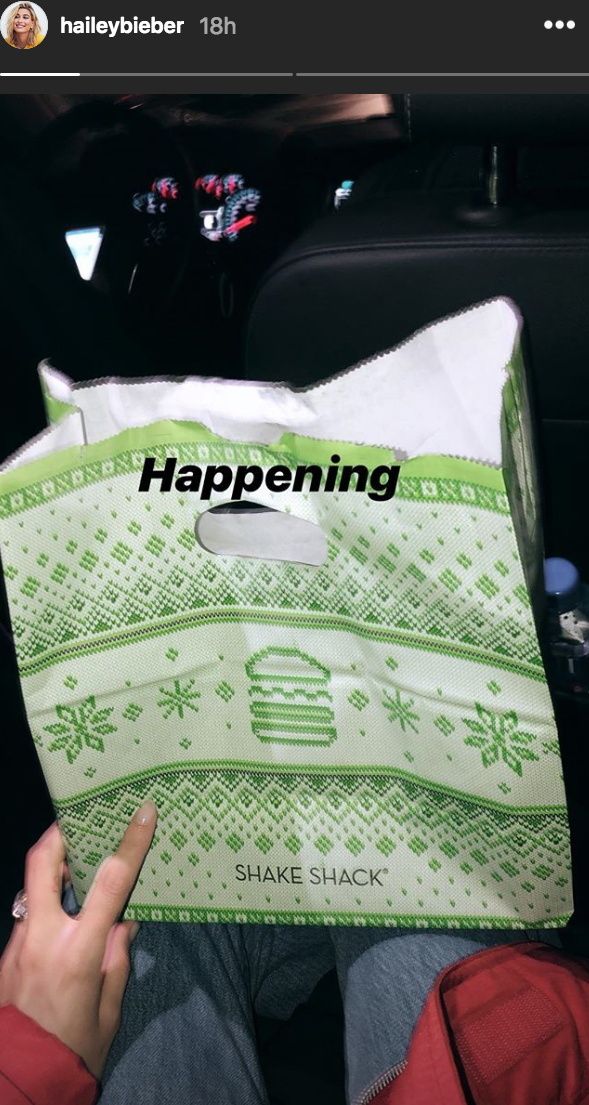 Not long before giving into her Shake Shack craving, Baldwin wowed onlookers when she walked down the runway wearing a black-and-white printed minidress paired with matching heeled boots. “Tonight first timer @versace,” she shared on the photo-sharing platform before the show. “Thank you thank you.” The appearance marked her first time on the catwalk since secretly marrying Justin Bieber in September.

Believe it or not, Baldwin is not the only model who loves to snack on Shake Shack after walking the runway. In November, Dylan Spouse told Us Weekly that he was planning to treat girlfriend Barbara Palvin, 25, to some of the fast-food chain’s dishes after she appeared in the 2018 Victoria’s Secret fashion show. In fact, the actor even showed up to the pink carpet with a giant bag of Shake Shack burgers for Palvin to feast on after the show. “There’s no way she can’t be full to burst after I deliver five of these!” he said at the time.

Other famous Shake Shack fans include former president Barack Obama, Taylor Swift and Kim Kardashian, who served Shake Shack burgers and shakes at the surprise baby shower she threw for pal Chrissy Teigen in April 2018 shortly before the model welcomed her son, Miles.

As for the newly minted Mrs. Bieber? She appears to have babies on the brain! “I love kids and I can’t wait to have my own,” the younger daughter of Stephen Baldwin dished in the December 2018 issue of Vogue Arabia. “I would say now that’s a closer reality.”