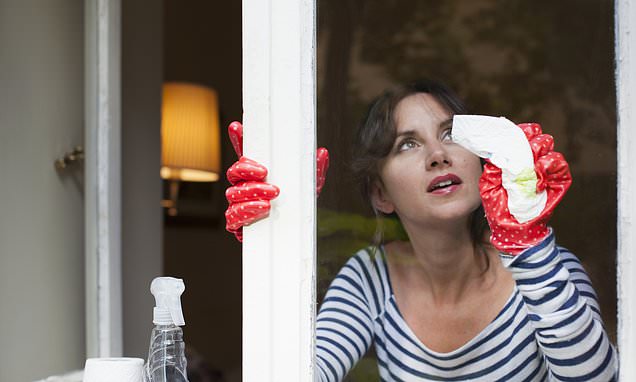 Hacks that will get your home gleaming in 30 MINUTES

Revealed: Hacks that will get your home gleaming in 30 MINUTES in time for festive guests – including ditching the vacuum cleaner for a lint roller

With last-minute shopping to do, cards to write and food to prepare, it’s certainly a hectic time of year – and that’s before you even think about sprucing up the house for festive visitors.

Recent research has revealed that Brits spend nearly three hours sprucing up the home in time for Christmas day visitors, while one in ten spend as many as five hours doing a deep clean taking in overlooked

A further one in ten admit that before they know it, they’re five hours in and cleaning everything from the front door to the cupboard under the stairs.

However, with handy tricks such as swapping the vacuum cleaner for a lint roller, and only cleaning areas where people’s eyes are drawn you can cut the Christmas clean down from hours to a mere 30 minutes.

Here experts from Airtasker reveal the hacks you need to spend lest time scrubbing and more time celebrating the season. 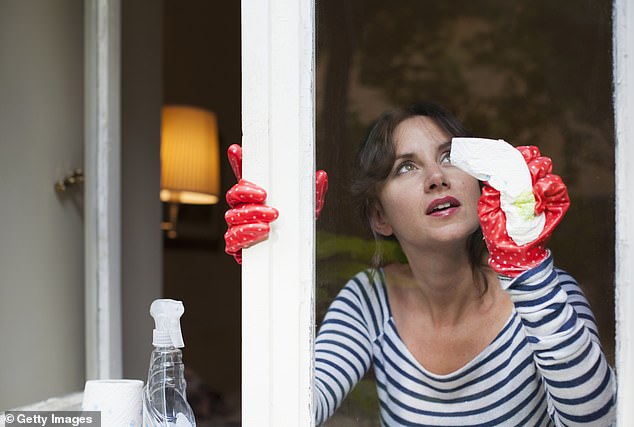 Focus your efforts on areas where people’s eyes are usually drawn, such as windows, mirrors and TV screens rather than cleaning the entire house (stock image)

Use it to effectively lift dust and pet hair from upholstered items such as cushions and lampshades. Keep one in the lounge to whip out at a moments notice instead of unravelling the vac.

Start with key areas that are noticeable and catch the eye, such as windows, mirrors, and TV screens. This way if you run out of time, you won’t have missed the obvious signs.

CUT UP SOME LEMONS

Squeeze some fresh lemon into a jug with water and boil in the microwave for a number of minutes. As well as cleaning the full microwave while you get on with other tasks, it will fill the entire kitchen with a clean, citrus scent.

As above, boil two halved lemons in your kettle to clean limescale.

REACH FOR THE VINEGAR

Ran out of a cleaning product? Vinegar has a million and one uses from cleaning the toilet and drains to effectively removing water marks from the taps and cooker. 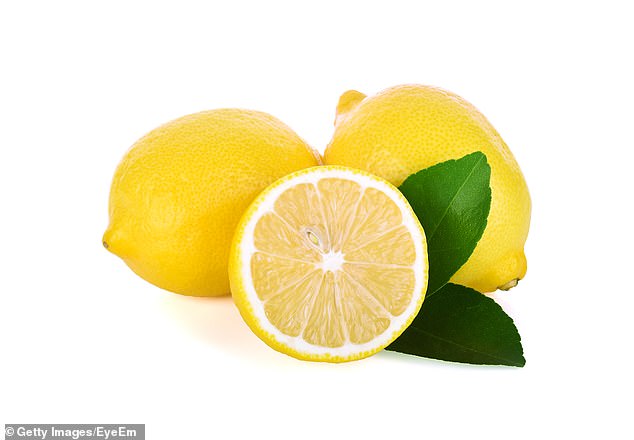 Cut up some lemons and cook them in the microwave to create a fresh smell and clean the inside, and pop some in the kettle for a quick, natural descaling (stock image)

DO MINI CLEANS WITH WIPES

It’s the first thing guests will notice when they arrive and will draw their eye to something new instead of other areas such as skirting boards. 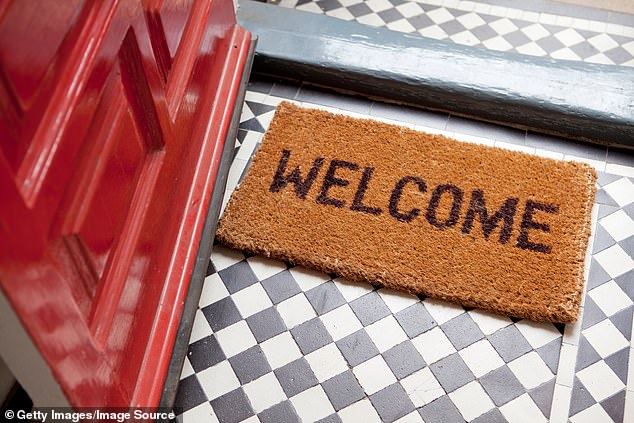 Upbeat music will keep you motivated and moving faster

INVEST IN A FESTIVE THROW

It’s easy to clean and will cover any stubborn stains rather than spending time patch cleaning the sofa and washing cushions.

It’s the quickest way to clean the dust-off surfaces such as fireplaces, window sills and bookcases.