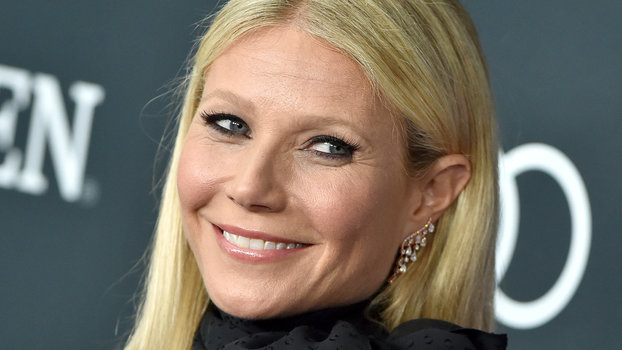 Things look pretty great between Gwyneth Paltrow and Dakota Johnson, especially since there’s dessert involved. According to a new Instagram post from Derek Blasberg, Paltrow and Johnson are a-okay with hanging out without the link that connects them — namely, Chris Martin. The two got together to celebrate Blasberg’s birthday and there’s obviously no ill will between the two.

“Consciously throupling,” the man about town captioned the snapshot. E! News reports that it’s likely Paltrow stopped by the soiree after her appearance at the Avengers: Endgame premiere. She’s wearing the same G. Label black dress, so the transition from red carpet to birthday party was definitely seamless. In the photos, there’s a big fruity dessert and what are undoubtedly three big personalities.

Paltrow and Martin called it quits in 2016, coining the term “conscious uncoupling” and providing the entire world with a brand-new term to toss around. After the fact, Paltrow admitted that she should have approached the whole situation a little differently, but because she was in such a fragile state, she didn’t think things through.

“It was such a difficult time in my life and I was trying so hard to protect my children and my family, Chris included. We were both fragile. It was really tough,” she said. “To me, it felt like this is a quiet way to do this and it is contained,” she said after the separation.

Since Johnson was linked with Martin back in 2018 and Paltrow married her now-husband, Brad Falchuk, that same year, the group has been seen hanging out together pretty often. A source told E! that Johnson and Paltrow actually spend “a good amount of time together and have a very nice friendship” and that “the kids really like Dakota and enjoy spending time with her.” Those kids are Apple and Moses (he also made an appearance at the Avengers premiere), who Martin and Paltrow co-parent post-divorce.

RELATED: Dakota Johnson Says Her Period Is ‘Ruining Her Life’ and Honestly, Same

“Both Chris and I have made a commitment to continue to love the things about each other that we’ve always loved and to really continue to develop our friendship and to find ways to continue to communicate,” Paltrow said during an interview with Savannah Guthrie. That means spending Thanksgiving together, attending star-studded birthdays together, and redefining what it means to be a family.