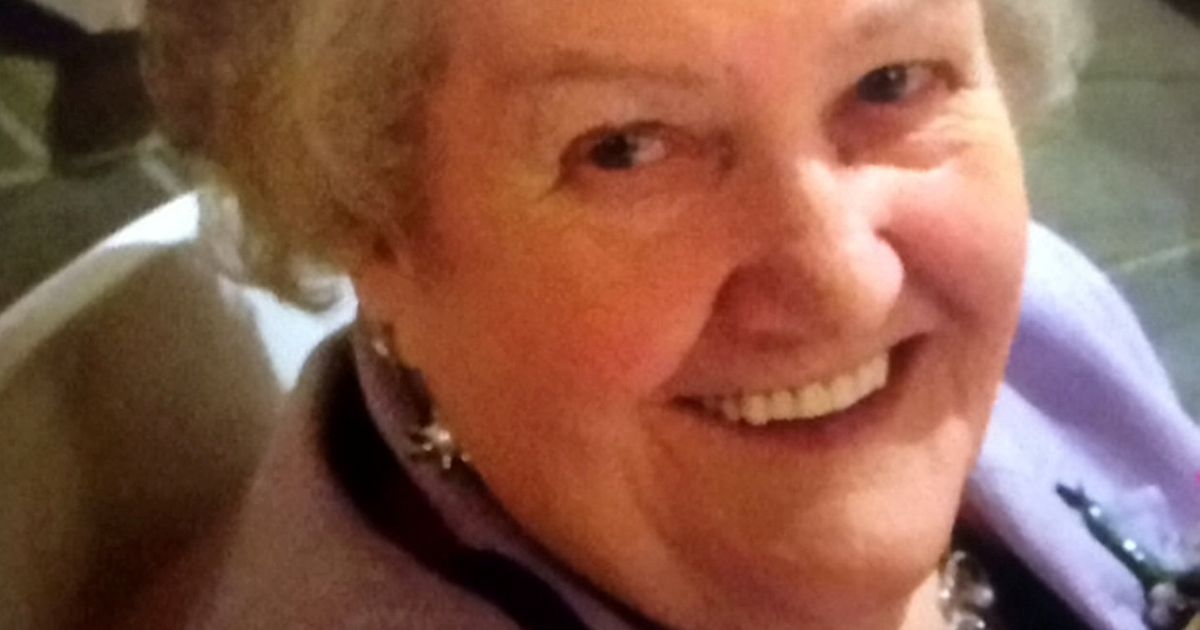 A grandmother-of-13 died after slipping on a Poundland ‘bag-for-life’.

Mary Martin, 83, fell in the discount store and landed on her face before passing away 12 hours later on September 15.

The family of the tragic pensioner are now suing the high street chain after saying the shop has "blood on its hands".

Mary, from Upper Halling, in Kent, was shopping for jumpers at the Queenborough store with her daughter and son-in-law when the accident occurred.

Her daughter Julie Dines, 57, said: "I get upset all the time and can’t help thinking that if it wasn’t for that plastic bag, my mum would still be here.

"Poundland have got blood on their hands – when you go out for a spot of shopping, you don’t expect to have an accident that costs you your life, but that’s what happened to mum."

Julie’s husband Dave said his mother-in-law "flew towards him" while he was stood in front of her at the till.

He said: "Mum had just bumped into an old friend of hers who she hadn’t seen for years and they were talking about how they would see each other soon.

"We were at the till and the next thing I knew she was flying towards me and she hit her head hard on the floor.

"What upset me most was that Poundland referred to the bag that killed as a ‘bag for life’ in their report."

Dave placed Mary in the recovery position after she fell and hit her head, noticing she had blood around her eye but was "conscious the whole time".

Mary was taken to Minster Hospital where she was treated before being taken to her daughter’s Julie’s home.

The pensioner began getting ready for bed later that night before saying she felt sick and being ‘violently ill.

Mary received treatment from paramedics after an ambulance was called, before she tragically died.

The family now say they are facing moving out of the house as they find it impossible to stay there while picturing Mary being so ill.

Karen Mann, from Hodge Jones & Allen representing the family, said what was most tragic was that "her death was totally avoidable".

A spokesman for Poundland said: "We’re aware of what happened to Mrs Dines’ mum in September.

"As you’d expect, we immediately reported the accident and anticipate the full circumstances will be looked at in due course.

"We have been in touch with the family and provided them with support.

"We continue to extend our sympathies to Mrs Dines and her family."

Tyson Fury is most skilful heavyweight since Larry Holmes in 1970s, he deserves all praise he gets

When your teen heartthrobs grow up
World News