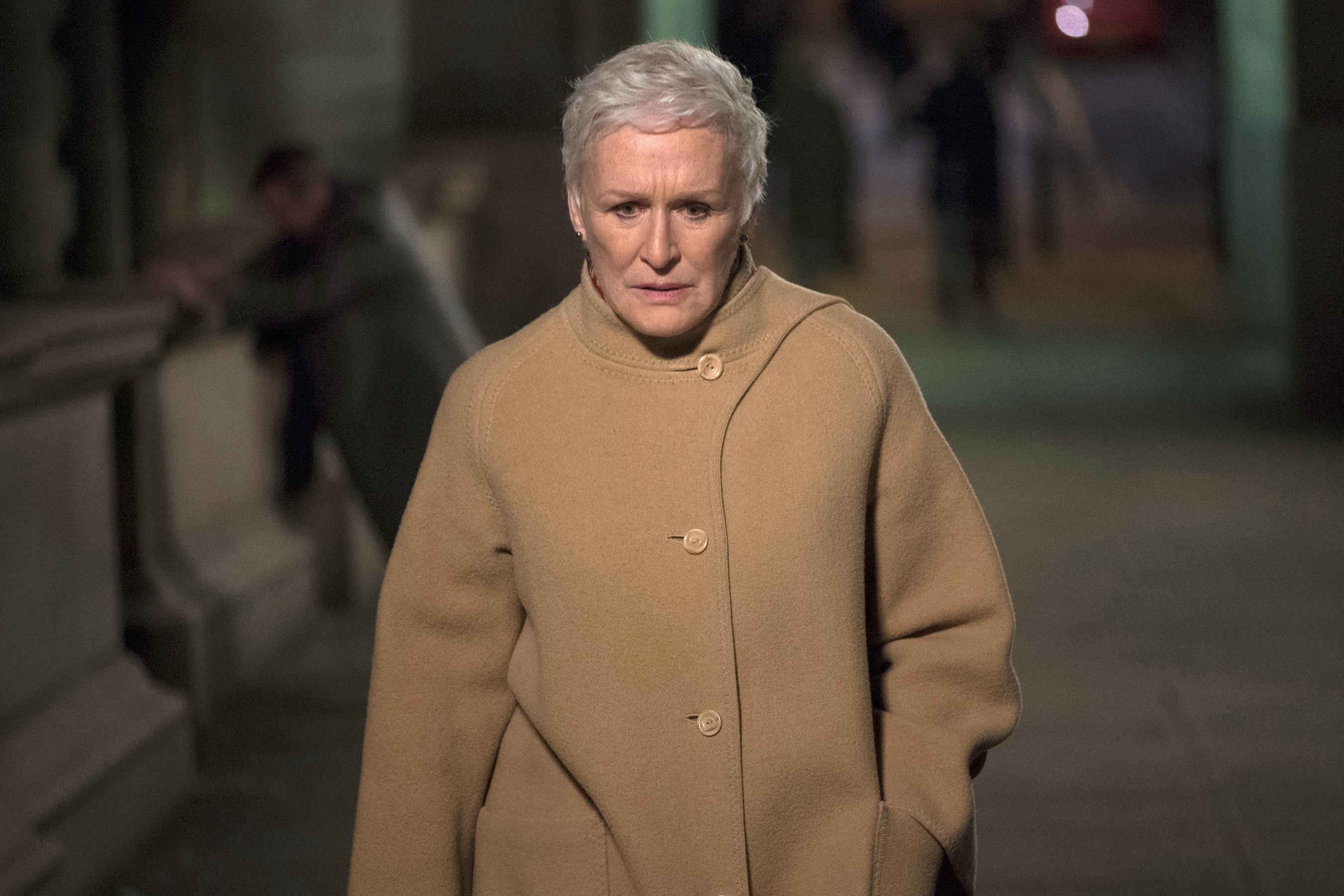 How will best actress nominee Glenn Close celebrate her 14th Golden Globe nod? Lock your doors, because the iconic actress might break into your apartment with category mate Lady Gaga‘s mom.

“Oh my God, that was incredible. That was such a New York moment,” Close lightheartedly recalls to EW of the time she and longtime friend Cynthia Germanotta — mama to Mother Monster — charmed their way into a stranger’s apartment after a casual lunch in Manhattan, admitting that she’d “have to think” about the next space the pair would crash in honor of newly announced Golden Globe nominations for both herself and Gaga. “I guess we’d have to go back to apartments that we’ve lived in. My first apartment was on 82nd street… It would be very disturbing for all concerned, [but] that would be a funny series, wouldn’t it? Apartment Crashing!”

Close was crashing in a different sense, however, when the Hollywood Foreign Press Association announced its year-end nominees Thursday morning: “I’m still in bed,” she says with a laugh, explaining that she let herself sleep in after two Wednesday evening performances of her off-Broadway play Mother of the Maid. “I didn’t even know [the nominations were] happening… I got a call from [my publicist] Catherine, but I thought she’d rolled over on her phone or something. It was so funny!”

But the performer’s 14-year journey toward adapting Meg Wolitzer’s novel The Wife — a searing tale following a stifled woman named Joan (Close) who watches her husband (Jonathan Pryce) win the Nobel Prize for literature he may or may not have pilfered from her creative mind — was a tireless cinematic effort that could ultimately bring the 71-year-old her seventh Oscar nomination next year. And Gaga (real name Stefani Germanotta) will likely take that ride with her for her work in Bradley Cooper’s A Star is Born, as both performances have garnered significant critical praise on the awards trail thus far. Still, Close doesn’t think of herself as competing against her buddy’s daughter.

“I’m going to reach [out to her to say congratulations]. Right now, I get to Stefani through Cynthia. I’m thrilled for her and I know she wanted to become an actress before she became a singer, so she’s fulfilling her initial passion that she has. It’s very cool,” Close says. “I can’t get behind the idea that there are winners and losers…. I sat next to Lady Gaga at the [Hollywood Reporter] roundtable the other day, and she’s such a good lady. She’s so deeply talented, as are the other ladies around that table.”

“For me,” she continues, “the great honor is to be picked out of a crowd as one of five in this incredibly competitive profession we’re in… You can’t compare my performance with Gaga’s or Melissa [McCarthy]’s or Nicole [Kidman’s]’s; You can’t. I can understand why there have to be winners and losers, but I don’t buy into it.”

It’s that mindset that has kept her “from a kind of anxiety, which I think can be really counterproductive,” she speaks, seemingly from experience with her own past Oscar nominations — all six of which have yet to yield an Academy Award.

Close instead looks forward to getting her kicks this Oscar season while watching The Wife — which took 14 years to bring to movie screens — succeed at an “incredibly serendipitous” moment for women in cinema, which she calls “a time where [the film] has extra resonance because of the #MeToo movement.”

“I went through this with Albert Nobbs, where I’d go into an office and pitch the movie and they couldn’t envision it. I remember someone saying ‘I don’t share your passion,’ and I said, ‘You don’t need to share my passion; I have enough passion. You need to share your money,’” Close remembers with a laugh. “I was in the trenches pitching it all over the place for a long time.”

While Close feels “the time has come” for more stories about under-represented women like Joan to front an artistic course-correction for Hollywood, she’s admittedly disappointed the HFPA left so many fantastic films by women out of its best director lineup this year.

“The #MeToo movement opened up the issue, and I think the reality is there are great stories out there that should be told and will have great resonance with audiences,” she says. “It does concern me, because I think, first of all, it should be a cultural revolution that we have this acceptance, and for that to happen and for that to be permanent, people have to consciously work for it. The responsibility of the Golden Globes is to consciously think, who do we think is deserving that might expand this category? I believe that’s valid.”

“What I do hope changes,” she finishes of what the industry can reap from watching The Wife‘s triumph, “is people realizing the potential for stories that they might not have embraced before.”