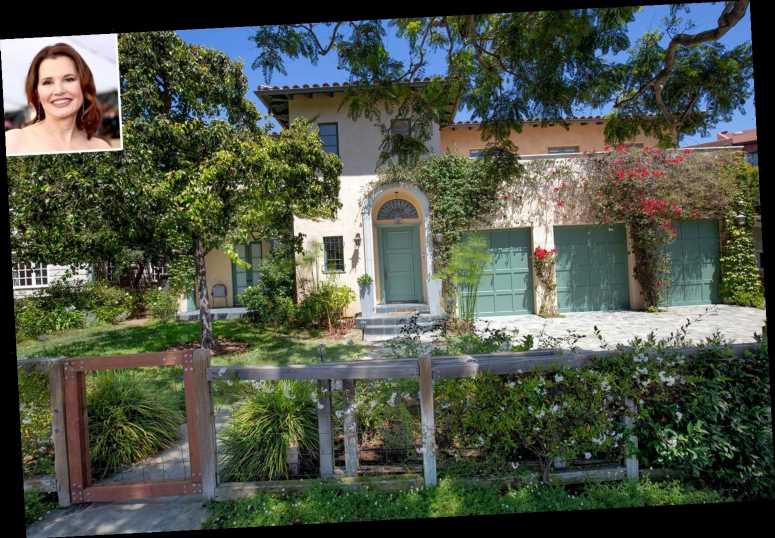 Geena Davis is saying goodbye to her longtime home!

Located in Pacific Palisades, the Mediterranean-style home is surrounded by an abundance of lush greenery, including tiered garden planters and an ivy-covered three-door garage. Inside, the 5,146-square-foot home has five bedrooms, six bathrooms and also boasts a safe room, an office, a library with floor-to-ceiling built-in shelves, and a bar.

In one of the house's more whimsical touches, the living room contains a very distinctive focal point: an intricate fireplace, designed to look like a face with a wide-open mouth. According to Architectural Digest, the hearth is a depiction of the Roman god Neptune. The home also features an inviting chef’s kitchen, which was remodeled by Davis, as well as a backyard terrace with a built-in barbecue.

Another charming feature of the property is its main suite, which has plenty of space and privacy. In addition to its two en-suite bathrooms and two walk-in closets, the space also has a separate sitting area, which leads to a private terrace. Public records show that Davis, who has starred in Thelma and Louise, A League of Their Own and Beatlejuice, purchased the property in 2007 for $4.2 million, according to the Times.

After thirteen years, she listed the property in August for just under $6 million.