The Fixer Upper family have a farm (E-I-E-I-O….sorry, we had to) and on that farm they have a whole lot of piglets! “Crew has become one with the litter,” Chip wrote on Twitter of his youngest son getting down and dirty with the baby pigs. “#farmLife,” he added.

The HGTV stars live on 40 acres of land outside Waco, Texas, where they raise a variety of animals in addition to their five kids.

“Here at the farm everyone is friends ❤️,” Joanna captioned a photo on Instagram of her goats mingling with a turkey and some hens.

The couple, who has been together for over a decade and married in Oct. 2019, own a farm together! They have a “real farm” that includes a viral and dynamic duo: A donkey and emu named Jack & Diane.

Her One Tree Hill and Christmas Wish co-star Tyler Hilton told People Now, “It’s a real farm! It’s not like a Hollywood farm either, where an actor’s like, ‘Oh, I’m gonna have a farm’ and they get an acre and a pig. This is a farm.“

In an October 2019 chat with PEOPLE Now, the British beauty revealed she used to have “a small organic farm we ran ourselves,” but has since scaled back to plant life plus domestic pets — and alpacas. “Three of them are friendly,” she joked about being able to feed them by hand. There’s a 6-month-old baby, too! “She’s skittish but cute,” Hurley added.

During a 2019 visit to The Late Show with Stephen Colbert, Seyfried revealed she lives on a farm and has a donkey, chickens and goats, in addition to “crops” like cucumbers and peppers.

“It was my dream,” she said. “I love animals and I love to be surrounded by them, and I wanted space. I love the countryside and the forest. I grew up in suburbia. I always wanted to ride horses and we didn’t have the funds to do that. I do ride horses now.”

In a sneak peek at the second season of Very Cavallari, Kristin surprises her husband Jay with … a llama.

But it turns out this isn’t the only wild animal at the couple’s Tennessee home. The two are also pet parents to goats, chickens and dogs — plus three young children.

The actress is a self-proclaimed “chicken lady,” and she’s proud of her new title — so much so she decided to post about “one of our ladies,” Regina George, on Instagram. “Regina loves long walks, dehydrated bugs, and kale,” she wrote alongside a pic of herself walking an adorable chicken, whose name is inspired by the Mean Girls character. As for her dislikes? “Regina hates….carbs.”

In May 2018, she introduced Insta followers to another little chick, this one named Hennifer.

After staying silent on Instagram for more than a month, the Jurassic World actor returned in January 2018 with his mini food series, “What’s My Snack?”. On the menu? Meat — and lots of it. “Since I’ve been farming lamb for the past six months and fishing, I’m eating lamb,” he said in the video.

And it looks like his son, Jack, is all about the actor’s newfound passion! At the end of the caption accompanying the clip, Pratt wrote: “I have found a new passion to add to my many others. #farmlife and jack loves it!”

After listing her $1.9 million L.A. home, the singer told Architectural Digest the reason behind her decision. “We’re buying a farm, so that’s why we’re moving,” she told architecturaldigest.com. “Now that I’ve got these two boys [young sons Knight and Shepherd], I want to control a little bit more how we eat.”

Considering the Real Housewives of Beverly Hills alumna has long been on a health kick, it’s no surprise the former model is a proud owner of chickens. “Happy [chicks],” she wrote on Instagram, adding the hashtag “#FarmLife.”

Days after news of her surprise wedding to longtime love Jason Momoa hit in November 2017, Bonet was spotted walking near the couple’s Topanga, California, home — with a donkey on a leash!

In an interview with Billboard, the former One Direction member revealed he’s been living in rural Pennsylvania — a dramatic departure from his rockstar lifestyle. “[The farm] is just out of the way and feels grounded,” he shared. “There’s not a lot of things around. I do a lot of farm work.”

He added: “I take the horses out and feed the cows and that kind of stuff. It’s cool, I’ve always been interested in animals.”

Nothing gets Clarkson more excited than caring for her chickens at home. “Our chickens are the sweetest and are about to start laying eggs!” she shared with fans on Instagram. “So. Excited.”

Richie may be a sartorial superstar on the red carpet, but the designer has another passion: serving as mom to eight chickens named Tallulah, Philomena, Mama Cass, Sunny, Daisy, Ivy, Sibby and Dixie Chick. “I raised them inside my house for about six weeks, and then it was time for them to have a coop,” she told Architectural Digest, adding that her chickens’ home is a replica of her own. “Martha Stewart said it best: Chickens just give, give, give, and there’s nothing bad about them,” Richie gushed. “They are the easiest animals to take care of, they are so much fun for kids, and they just give me beautiful colored eggs every day.”

The Lip Kit creator most recently added a furry friend to her brood: a puffy, white chicken known as a Silkie Bantam, whom she named Eddie. “I love you Eddie,” you can hear Jenner coo off-camera in one of her Snapchat clips, which features the bird pecking food out of a set of manicured hands. Jenner has previously spoken about swapping her glam lifestyle for a much more rural life in the not-so-distant future, telling Interview: “When I’m, like, 30, I want to go off the map, have a family, and live in Malibu with a farm, and just raise my own chickens.”

PEOPLE’s World’s Most Beautiful woman knows the importance of knowing where her food comes from — which became the reason behind her family’s decision to raise chickens. “My husband is a very healthy and environmentally minded person, so we grow food at our house,” Roberts said. “We raise chickens for eggs. We live in a world where really fresh produce and organic food are a financial luxury, so if we have that luxury I’m going to take advantage of it for my family.”

While Spelling has opened up about her family’s chicken coop (and has taken her chickens to award shows), the actress most recently shared with fans that there’s a new cuddle buddy in the Spelling-McDermott household: a pig named Nutmeg.

Back in 2015, Aniston told PEOPLE she and then-husband Justin Theroux were the proud parents of 17 adorable chickens. “We use the eggs every day,” she said. “We make frittatas, carbonara. Justin makes great pasta. I use the eggs in my salad or for snacks. They taste delicious!”

The stars even gifted the farm-fresh eggs to their friends, Theroux revealed in an interview with Chelsea Handler. “Each of them lays a couple [of eggs] a day, so we have too many of them,” The Leftovers actor said of the unique present idea.

The Hangover star gave viewers an inside look at his 60-acre North Carolina farm — Farmageddon — which houses horses, honey bees, and soon, goats.

Leave it to the healthy-living supermodel to get super-candid about her role as Chicken Mom: “I have a beautiful garden in L.A. where I raise chickens,” she told Food & Wine. “We have very little waste because the chickens eat all of the vegetable scraps, and anything they won’t eat, I put in my compost pile with the chicken poo.”

The media mogul owns a chicken coop at her Hawaiian vacation home — and proudly showed off her chickens’ hard work on Twitter. “Look what I just gathered. Chickens are workin,’” she tweeted back in 2012, captioning a pic of herself holding a basket of fresh eggs.

The Oscar winner keeps chickens at her Ojai, California ranch, along with 20 hens, a rooster, two donkeys, a horse and more.  “Oh, I want someone to build me a good chicken coop … like a man who can just get down there and build it,” Witherspoon told PEOPLE of her Christmas wish back in 2008.

“I began raising chickens after visiting a commercial egg-laying plant and being rather horrified by the cruel, inhumane conditions of the facility,” the lifestyle guru wrote in her blog, detailing the reasons behind creating a chicken coop at her home.

The Royals actress owns a 400-acre organic farm in Gloucestershire that houses chickens, sheep and other animals. “People always imagine me with perfect hair. But that’s not who I am,” Hurley once said. “The first time he saw me in the country, my husband found me in wellies, covered in mud.” 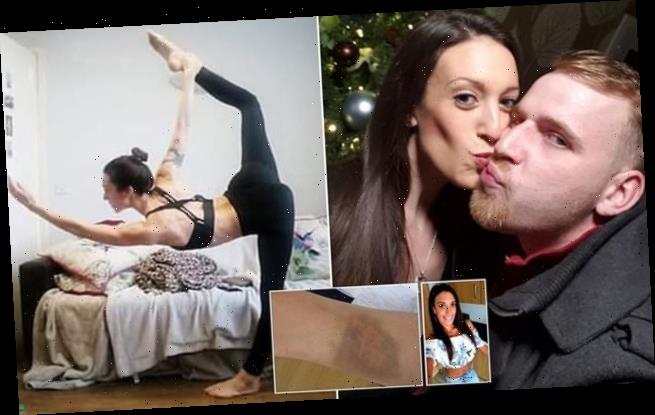 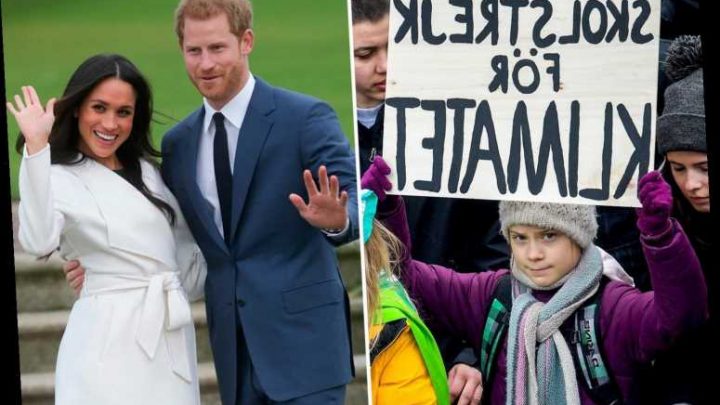 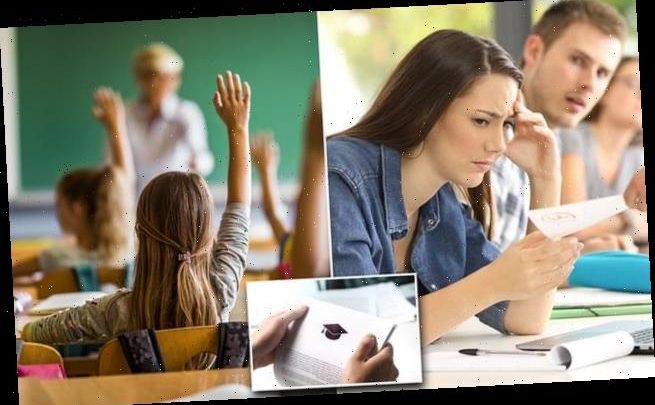 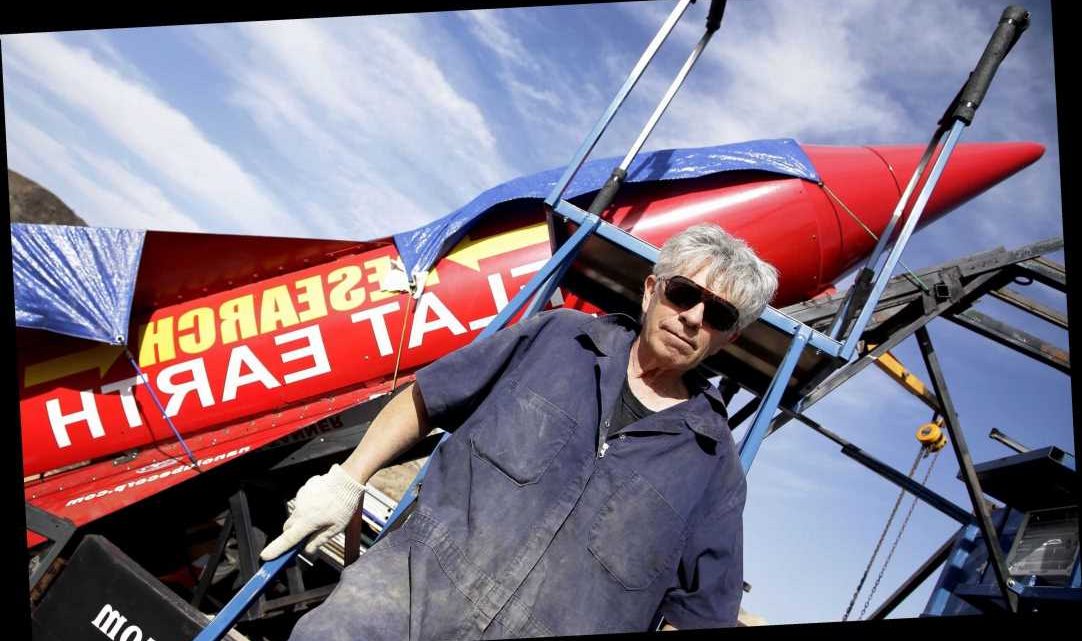 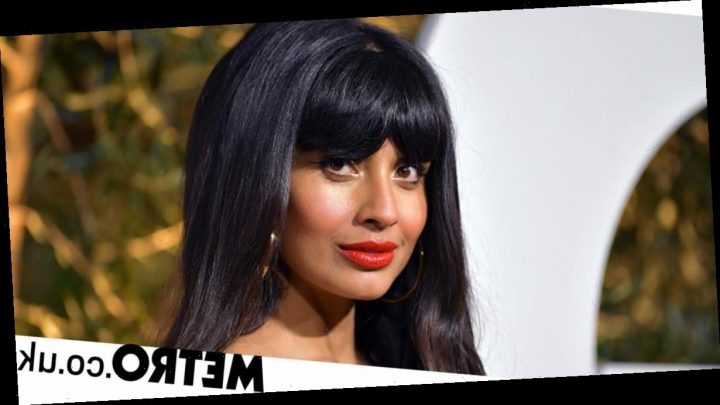 Jameela Jamil has revealed that the cruel taunting over her mental and physical health in recent weeks ‘triggered her to... 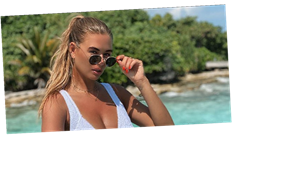 February 22, 2020
Arabella Chi opens up on her dating life with Wes Nelson: ‘I love surprises’

Arabella Chi has recently been living it up on a dreamy trip to the Maldives with boyfriend Wes Nelson, but...