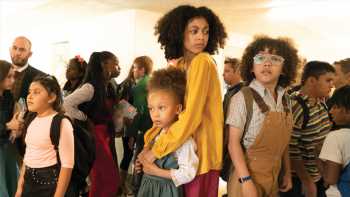 From ‘Mixed-ish’ to ‘9-1-1: Lonestar,’ Franchises Build a Bigger TV Universe

Expanded universes, travelling characters, major crossover events — network television is banking on bigger franchise series across the board in the wake of overall creative deals and bolstered ratings, resulting in a new wave of storytelling and audience investment.

In the 2019-20 television season, at least one franchise series punctuates each major net’s schedule, from Dick Wolf’s “Chicago” series on NBC and his upcoming “FBI” expansion at CBS, to the DC Universe on the CW, and the “9-1-1” spinoff “9-1-1 Lonestar,” come midseason at Fox. Meanwhile at ABC, “Grey’s Anatomy” showrunner Krista Vernoff was also handed reins at “Station 19” to help expand and unify those universes, while a “Black-ish” spinoff — “Mixed-ish” — is coming (the second overall but first for the Alphabet; “Grown-ish” airs on Freeform), and “The Goldbergs” offshoot “Schooled” has been renewed for a second season.

“When franchise series are done well and when they have an original reason for being, viewers appreciate them,” says ABC Entertainment president Karey Burke. “Historically, if you look at some of the great shows in television, they began this way. ‘All in the Family’ begat ‘The Jeffersons’ and begat ‘Good Times’ and ‘Maude.’ ‘Happy Days’ begat ‘Laverne & Shirley’ and ‘Mork & Mindy.’ Done well, these shows expand the universe of beloved characters. [They] come from prolific storytellers and give audiences more of what is already working.”

In May, a major crossover event between “Grey’s” and “Station 19” boosted ratings on the flagship series while propelling the spinoff to its second-largest showing to-date in key demos, coming in behind its series high in October (also a crossover episode). In February, “Chicago P.D.” hit its own series high in adults 18-49 and total viewers during the second half of a crossover event with “Chicago Fire.” And in December the three-night “Elseworlds” crossover event on the CW also pushed “DC’s Legends of Tomorrow” to a season-high while giving “Arrow” its best showing in 54 weeks.

“Franchise shows work because they have a built-in audience and characters that migrate freely between the series,” says Dick Wolf, whose “FBI: Most Wanted” spinoff was part of the original “FBI” pitch. “As more content is available, familiarity is a plus when pitching a show.”

Pulling off such crossover events — or even smaller stories within a shared universe, is no easy task. Wolf likens the process to a “military operation,” noting the crossovers are a part of actors’ overall deals.

It’s a similar process at Shondaland, when “Station 19” will join “Grey’s” on Thursday nights come midseason, and characters are expected to move freely between the shows.

“There’s a real complexity to it because not only are you tracking double the characters and double the episodes, but you have to be strategic with your calendar and you have to have two writers’ rooms working in tandem to make sure that all the puzzle pieces come together,” Burke says. “You have to get up above your storytelling in a bigger way from the very beginning of the season. You have to track it like it’s a great big thing, and that requires a different part of your brain as a showrunner than you use when you’re making one show.”

Burke anticipates two or three major crossover events per season, with smaller crossovers and characters going back-and-forth in between. That’s in addition to some recurring guest stars popping up on both series as the writers can now track things like post-op care as a result of having first-responder characters on “Station 19.”

“In order to keep them true to their definition of being events and feeling big, they should be spaced out and incredibly sizable. They’re not something that we would tax the shows with trying to pull off every week,” she says. “We will know far in advance what the big events are and when they’re coming so that we can market them to their full extent and make sure that we are driving as many viewers to those nights as possible. My sense of this is that we will be very far out in front of these.”

Despite the ratings boost, Vernoff realizes not all audiences watch both shows, overseas markets don’t always air episodes in tandem and future streaming opportunities have to be taken into consideration.

“The task is to make a completely satisfying hour of television out of each show — we cannot plan those crossover events as a two-hour movie,” she says. “We have to plan them as two separate hours of television where you can enjoy each hour without having watched the other.”

Similarly, Wolf adds: “We try to make crossovers as impactful as possible while maintaining each show’s uniqueness. They do very well in the ratings so obviously there is support from viewers. We anticipate with two ‘FBI’ series on CBS that there will be crossovers with both next season.”

When Ryan Murphy pitched “9-1-1” he also had a sense the series could hold up as a franchise set in other states, which eventually paved way to midseason entry “9-1-1 Lonestar.” That puts showrunner Tim Minear in a similar position to Vernoff in terms of plotting out two series at once, although his shows have the added complexity of different settings.

“Maybe even the network was ready for it before we were, but we had to find the show and find the footing, and build an audience,” he says of getting comfortable with “9-1-1” before planning a spinoff. “I think that is an advantage. The scheduling is also very smart because it doesn’t exhaust the idea by having two hours of it airing in the same week.”

As a result, Minear doesn’t rule out eventual crossovers, but is approaching the emerging franchise in the vein of the “NCIS” universes. He likens “Lonestar” to the “barbecue flavor version” of the mothership, one that is presumed to take the original’s place on the schedule when “9-1-1” breaks before its back half.

“There might be a tendency to look at franchise series cynically and say you’re repeating yourself, but I don’t think that’s true,” Minear says. “What one is creating is a brand and when the foundation of a brand works in a way that suggests it can live in other places and work on other levels, it’s kind of silly not to explore that.”

Burke, whose previous gig at Freeform allowed her to be on-hand during the development of the “Black-ish” spinoff “Grown-ish” before moving to ABC, believes franchise series are still an integral part of the network business model, but that having “strong visionaries and expansive storytellers” such as Vernoff, Kenya Barris or Adam Goldberg at the helm is key to their success.

Princess Charlotte Sticks Out Her Tongue at Adoring Fans, Continues to Be a Tiny Icon