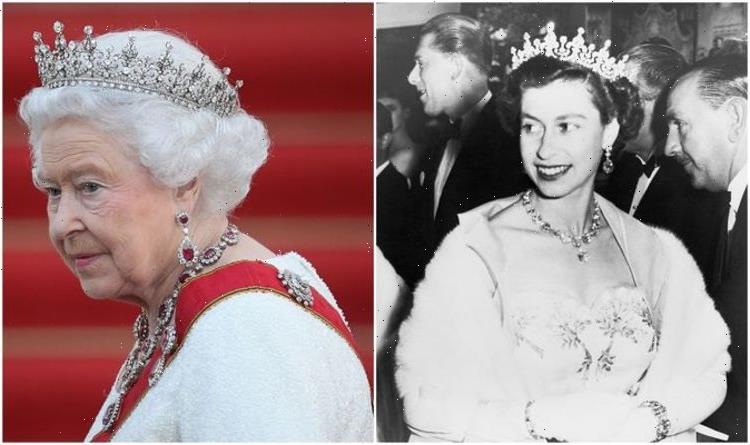 No matter where she is residing, Buckingham Palace, Windsor Castle, or Balmoral, the Queen is always woken up at the same time and in the same way each day.

A police sergeant sits on overnight watch outside the Queen’s bedroom every night.

Their shift will end at 7.30am and that is when the Queen’s personal maid will enter her bedroom.

The maid will carry a tray with two silver pots, one with Earl Grey tea and the other with hot water.

Her Majesty is also supplied with milk to pour into her China teacup and saucer as well as a linen napkin embroidered with her royal initials: EIIR.

Before entering, the maid will lightly knock on the Queen’s door, enter, and then place the tray on the side table next to Queen Elizabeth’s bed.

She will then open the curtains and turn the radio on and tune it to BBC Radio Four.

According to royal sources, the Queen was a big fan of John Humphrys and listened to his Today programme every morning before he retired in 2019.

The Queen’s morning routine is so specific, that while she is drinking her first cup of tea, her maid will begin to run her morning bath.

She likes it at a particular temperature and orders it be tested with a wooden thermometer, so it is not too hot.

Royal staff who have worked at the palace over several decades have confirmed Her Majesty does not like the water to be deeper than seven inches.

While Queen Elizabeth is in the bathroom, her dresser Angela Kelly presents the Queen’s outfit for the day in the dressing room which is just next door.

This dressing room is particularly spectacular as it has floor-to-ceiling mirrors so the Queen can assess every angle of her outfit.

One thing about the Royal Family is they have an outfit change for every royal engagement.

So Angela may set out up to five outfits for the Queen to try on to see if they need to make any alterations throughout the day.

Every day with no exception, the Queen is served breakfast at 8.30am.

Former royal chef, Darren McGrady, has said she will have two options on her breakfast menu.

She is either served scrambled eggs with smoked salmon and truffle shavings.

Or it will be the Queen’s favourite breakfast cereal which is Special K.

Darren even confirmed this is served to Her Majesty in a ‘Tupperware container’, much to many people’s disbelief.

At 9.30am the Queen’s morning routine is complete.

She will then get ready to sit at her desk and open her infamous red box, with all of the sovereign’s paperwork to be completed.

When Prince Charles is crowned King, his morning routine will most likely be whatever he has received as being the Prince of Wales.

The fan that’s ‘lightweight, quiet and does its job’ is on sale for under £15