Home » Lifestyle » From Battery-Powered Sets to Finessing Craft Service, How Hollywood Is Reducing Its Carbon Footprint 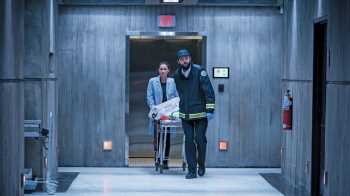 From Battery-Powered Sets to Finessing Craft Service, How Hollywood Is Reducing Its Carbon Footprint

For a town whose cultural climate can be rife with toxicity, exclusion and abuse, you’d be surprised by how organized and cooperative Hollywood has become in combating climate change.

At least that’s what Variety found when surveying the carbon footprint of modern show business — specifically in terms of producing film and television content at home on Los Angeles studio lots and on locations around the world.

While creators and executives have come under fire in recent months for failing to make movies that address the global climate crisis, they are taking steps to make their productions more eco-friendly. It’s a moment that’s seen bitter competitors join hands to establish a set of best practices that help reduce emissions and encourage sustainability.

“We work closely with our peers at other studios because we share the same filmmakers, the same crews, the same vendors,” Shannon Bart, sustainability director of NBCUniversal, tells Variety. Bart’s team manages sustainability initiatives on film and TV shows produced by NBC Universal.

Ten years ago, she partnered with the other major studios and the Producers Guild of America to launch the Green Production Guide, which has grown to include smaller studios and the major streamers. She argues it’s more productive for each studio to collaborate on green initiatives, because the media giants “can move further, faster, when we align. It’s gratifying when you have a line producer come to set from a different studio, and the sustainability best practices are familiar.”

The most disseminated document is known as “the peach,” or Production Environmental Accounting Checklist. Guidelines for soundstages on the lot include eliminating plastic utensils and supplies in favor of paper products, using water dispensers and reusable canteens instead of bottled water, and tapping into the studio power grid as opposed to relying on fuel-powered generators.

Location shoots are encouraged to deploy two- and three-room trailers to cut down on fuel. They’re also encouraged to chauffeur cast and crew on bicycles. In another sign of the times, production offices compost in addition to recycle, and are told to BYOSP (bring your own solar power).

The Walt Disney Co., Paramount Pictures, Sony Pictures, Warner Bros., CBS, Amazon Studios and newcomers HBO and Netflix all join NBCU in adopting these ideas. While the all-studio kumbaya has been running smoothly for at least five years, the executives behind it are looking at even more ambitious initiatives.

Sony will become the first studio to install solar power panels, developed by tech proprietor SunPower, on each of its soundstages — a total of 1.6 million megawatts of power that will offset 8% of the studio’s electricity use, the studio tells Variety. In the first year of installation, the panels will conserve the equivalent of 1,075 metric tons of carbon dioxide, Sony says.

Innovation does not stop at the buildings that house sets. Directors, cinematographers and artisans have been experimenting with reusable materials at every level of filmmaking.

Take the 2018 Sony Pictures release “The Possession of Hannah Grace,” a low-budget horror thriller starring “You” and “Pretty Little Liars” breakout Shay Mitchell. The actress plays a morgue worker who’s terrorized by a possessed cadaver. She’s hunted through a series of complex tunnels that production designers constructed entirely from Emagispace blocks — fiberboard panels similar to Legos that can build entire multiroom sets, then come apart and be fashioned into new ones. The materials stand in contrast to traditional lumber, often culled from irresponsibly managed forests and not properly recycled, studio insiders say.

Sony also shot the first film to exclusively use LED bulbs to light scenes with 2012’s “Think Like a Man,” starring Gabrielle Union and Taraji P. Henson. Numerous production and sustainability executives tell Variety that in the years since that film, LED has been perfected and seamlessly integrated into filmmaking. The bulbs are said to be 90% more energy efficient than traditional incandescent light bulbs.

Two years after “Think Like a Man,” Sony would go on to make the Joy Bryant and Michael Ealy-starring drama “About Last Night,” the first film shot entirely using battery power instead of fuel-dependent generators.

Filmmakers are also heeding the creative call to dramatize the looming environmental catastrophe. Despite recent criticism in The New York Times and Vice, back offices and studio executives encourage incorporating the values of sustainability into narratives. John Rego, Sony’s vice president of corporate responsibility and environmental affairs, says his studio prioritizes “behavior placement” in film and television content.

“We have groups that do writers’ room and production education on where and how to include sustainable practices like characters using reusable bottles,” says Rego. “We try to place recycling signs and other visual cues anywhere we can in a scene, like on taxi tops and outdoor advertising.”

There are few broad, thematic examples to point to aside from disaster movies like “The Day After Tomorrow” and “Geostorm,” though the recently aired HBO series “Years and Years” paints climate change and subsequent mass migration to harrowing effect. The Showtime drama “The Affair,” which kicked off its fifth and final season in August, partially takes place in a corroded Montauk, N.Y., about 50 years in the future.

Off-screen, Bart’s priorities have turned to the craft services table. No, really, the cheeseburger a movie star won’t finish due to calorie counting contributes to some of the most noxious greenhouse gases.

“When you throw food away into a landfill, it decomposes as methane — it’s a very potent greenhouse gas that’s much stronger than carbon,” she explains. In 2017, the United Nations Food and Agriculture Organization reported that 6.7% of all global greenhouse gases come from food waste.

Through the efforts of Bart’s department, 54 NBCUniversal film and TV productions in 13 cities donated more than 43,000 pounds of excess food last year. The studio is also recommending a reduction of red meat on craft service and talent catering menus, as beef and lamb have a much higher carbon footprint than producing and serving other forms of protein such as chicken and fish.

Creative solutions like these energize Hollywood’s green gatekeepers, but many look wearily ahead at the battle of changing old habits. One studio lot honcho bemoaned the task of going
electric with all transportation trucks and vans, at the risk of disrupting longtime auto vendors and the union crews who work alongside them. Nearly every company Variety spoke with is also in the process of converting to renewable diesel fuel, made from organic components as opposed to damaging fossil fuels.

“The dream for many of us is to be at zero emissions by 2050, but with production, there are some practices we’re still doing that are coming up on 100 years old,” another top exec from a streaming company notes, speaking anonymously. “We’re trying not to move slowly. Climate change certainly isn’t.”

Why Brad Pitt Had to Remove His ‘Drinking Privileges’