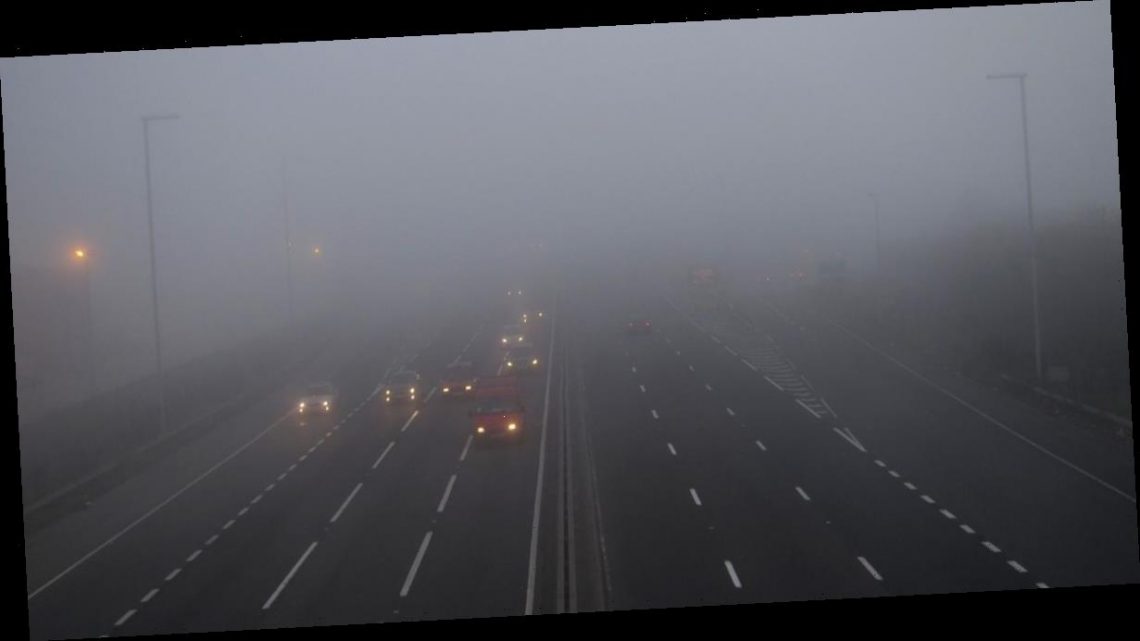 Freezing fog to descend on Britain during weekend of torrential rain

Britain will be hit by a freezing fog bringing sub-zero temperatures before a weekend of torrential downpours.

There are 89 flooding warnings that remain active following the wet weather – with 13 of them on the areas along River Avon in the south-west and 19 along the River Severn.

Met Office meteorologist Aidan McGivern said: "(There will be a) grey start to Saturday for many with further showers.

"Some brightness first thing along with the frost and some fog patches but for the rest of Scotland lots of cloud cover particularly across eastern and southern Scotland and some showers.

"Cloud for northern England, into much of Wales and here again there will be showers especially near coastal areas."

The most persistent showers on Saturday will be across south-east Scotland, north-east England and then in a zone from western Scotland into western coasts of Wales as well as Cornwall.

"By the start of Sunday a frost in places as well as some freezing fog patches that could be slow to clear," Mr McGivern added.

The Midlands will start the day with sunny spells that will spread across western Scotland and Northern Ireland.

The temperature will rise and get warmer over the next few days.

Most of southern UK and Scotland dry with sunny spells. Some heavy showers in the far west of Wales and Cornwall. Many other regions cloudier with some rain at times, especially northeast England. Less windy than yesterday and feeling chilly.

Southern UK and much of Scotland and Northern Ireland cold with frost and fog patches. Elsewhere, cloudier and less cold with rain at times for some, mainly northern England

Much of Scotland and Northern Ireland brightening up after early rain. Southern UK mostly fine again. In-between, cloudier with rain at times, mainly parts of northeast England and southeast Scotland.

Outlook for Monday to Wednesday

Rain clearing the east then Monday largely fine and dry. A widespread overnight frost followed by rain into the west Tuesday. Becoming windier and milder Wednesday but for many dry.