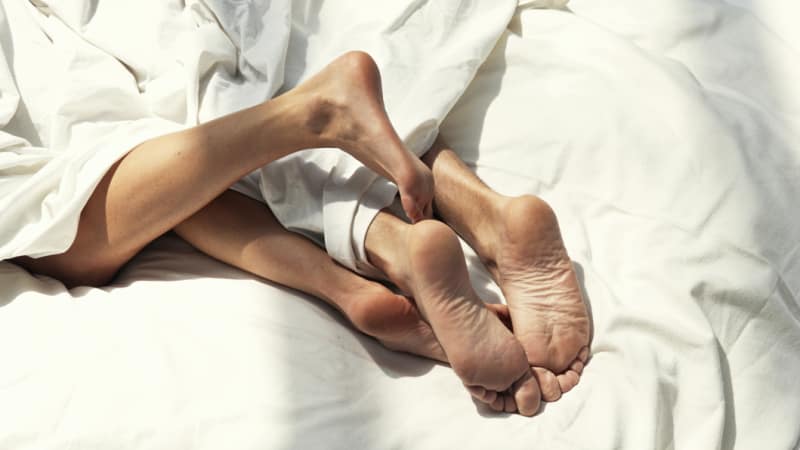 A friend recently told me that he and his girlfriend had been seeing a sex therapist.
Their sex life had been sliding, and they were struggling to connect, so they booked in for a few sessions. Fast forward to our conversation, and it had worked wonders for their relationship.

“It was the best thing we’ve ever done,” said Scott*, with the obvious glow of someone having top-shelf sex again. “But you should’ve seen my dad’s shocked face when I told him.” 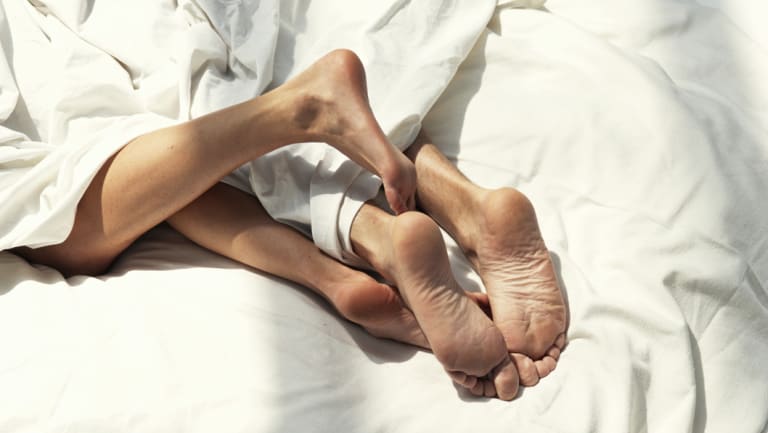 More couples are going straight to sex therapy to support the relationship.

For context, Scott is close to his dad and had wanted to share this development with him.
While he hadn’t predicted his dad’s disbelief, I was less surprised. Scott’s father was the kind of man who would say things like, “Come on now, that’s enough” if the conversation drifted towards sex at the dinner table.

But rather than focus on his old man’s failure to appreciate the value of sex therapy – that would be akin to being shocked by the sun rising each morning – I was delighted.

Adding Scott’s story to this pile, I was convinced I had (anecdotal) evidence of a pattern. As it turns out, I wasn’t too far off the mark.

“We certainly notice that people are more comfortable talking about their sex lives and that has been reflected in people using different sexual services,” says Fiona Barrett, a counsellor with Relationships Australia.

“I put it down to a cultural shift, Masters and Johnson did their groundbreaking sexual research in the late 1950s, but it takes a generation or two for people to get comfortable.”

“My parents wouldn’t have gone to a sex therapist,” adds Fiona.

“But today we're finding middle-aged and young adults seeking out these services because sexuality is in the media, it’s talked about at dinner, people are open about their desires and needs.”

It’s a trend that Lisa Torney, a practising sex therapist with more than twenty years in the field, has witnessed.

Middle-aged and young adults are seeking out these services because sexuality is in the media, it’s talked about at dinner, people are open.

“We’ve seen a cultural shift, people are aware that pleasure and intimacy are important aspects of their relationships,” says Lisa.

“And if that’s missing, they don’t want to just get help, they want to get specialised help.”

While some people still hear the words "sex therapy" and picture candles, blindfolds and soft music, the reality couldn’t be further from it.

“Sex therapy typically involves getting history on the couple or individual, to understand what their relationship with sex is like,” explains Lisa.

“We’re looking to decipher what factors are impacting on them – things like lack of confidence, having kids, age, illness, disability, previous negative experiences – and realising how that might affect their intimacy levels and how we can improve and work through that.”

As well as being a sex therapist, Lisa is the national chairperson of the Society of Australian Sexologists, a body that is growing as supply attempts to keep up with demand.

“Our membership keeps increasing, and we now offer two Masters degrees in Australia in sexology,” she says.

More people are looking for a better connection with their sensual self, they want to get back into their bodies.

Meanwhile, sex education and intimacy coaching is also becoming popular, as couples and individuals look to prioritise pleasure. It differs from sex therapy in that there is less of a focus on counselling and more on coaching, to help people achieve the fulfilling sex livesthey want.

Organisations catering to the carnally curious are popping up all around the country offering individual classes, group sessions or weekends away.

“More people than ever are looking for a better connection with their sensual self, they want to get back into their bodies because they have felt out of touch for far too long,” says Georgia Grace, a Sydney-based sex educator and coach.

At the mention of the ‘sensual self’, I can’t help but think of Scott’s disapproving dad frowning his way through a session.

But while he may not find anything useful in being coached, others do.

“Couples need education and training in how to relate, increase pleasure, ask for consent, practice boundaries and understand who they are as sexual individuals,” she says.

Now everyone knows there’s nothing sexier than statistics, so let’s heat things up with a little data.

The Australian Study of Health and Relationships is our most important study of sexual and reproductive health, only carried out once-in-a-decade, it delivers a snapshot of where we’re at sexually.

The most recent study, completed in 2016, found that while Australians are more experimental and open than ever, the frequency of sex in relationships has dropped. Perhaps that explains our desire to seek out help from therapists and coaches.

“We’re more at ease with sex, but there are also more intrusions now, even in the past two years since that study,” explains Georgia.

“People take their devices to bed, we’re living vicariously through our phones and it becomes hard for people, and couples, to switch off, so they can turn on.”

Both Lisa and Georgia admit that – “what’s a normal sex life?” – is one of the most common questions they hear from clients and both also agree, there is no such thing.

But in light of our increasing desire to explore, improve, understand and enjoy sex, it’s clear that
what’s not normal is the reaction of Scott’s father.

Eventually, I asked Scott what he said to his dad and his response was priceless – “come on now Dad, that’s enough.”