Home » Lifestyle » For heavy metal band Ghost, the devil is in the details 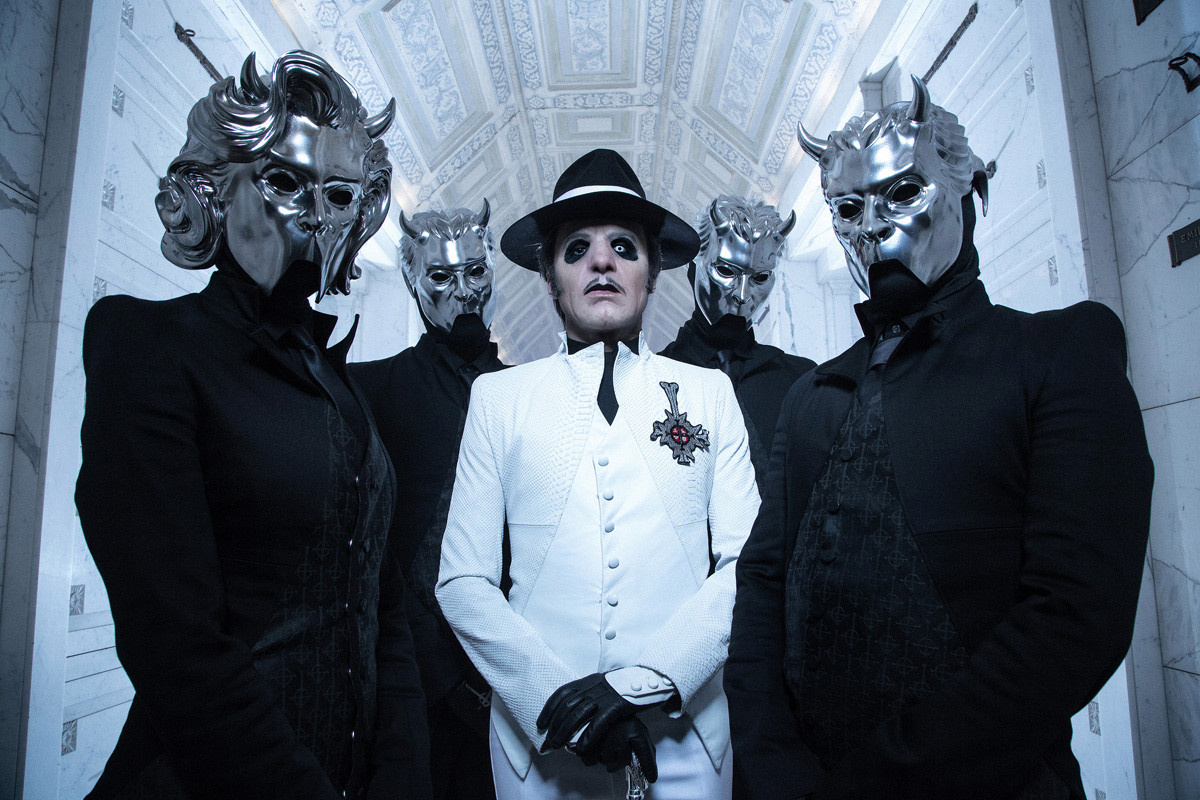 For heavy metal band Ghost, the devil is in the details

His name is Cardinal Copia, but this guy’s no choirboy. The cross he wears is inverted, his face is obscured by spooky makeup and he sings hymns that praise Lucifer.

Copia — aka Swedish musician Tobias Forge — is the leader of Ghost, a heavy metal band whose blend of hard-rock hooks, theatrical concerts and cryptic backstory has been rewarded with a fervently devoted fan base, sold-out shows and even a Grammy.

Ghost, performing Saturday, Dec. 15, at the Barclays Center in Brooklyn, is fueled in part by Forge’s lifelong fascination with religion — and the devil.

“In grade one and two, I was definitely into heavy metal and Satanic rock music, bands that had attributes that were quote-unquote ‘Satanic,’ even things like the Rolling Stones with ‘Their Satanic Majesties Request’ and ‘Sympathy for the Devil,’ but also like Motley Crue and Kiss and Alice Cooper,” Forge tells The Post. “I sort of found King Diamond in second grade, but I didn’t become a devoted Satanist until a few years later, but that was very much part of my adolescence as well.”

Forge says religion “was invented for people back in the days when regular Joes didn’t question much and didn’t know much, and … invented as a tool to control people.”

“The problem with religious doctrine, as with politics, because of its ability to give people authority, it has a tendency to attract people that want authority for all the wrong reasons, and that is what it has done across all time,” he continues. “But, then again, in all fairness, I am not saying that there shouldn’t be faith. It’s completely different things. The belief in something bigger and supernatural is not the same thing as linear religion.”

“Bigger and supernatural” is an apt description of Ghost’s two-act “A Pale Tour Named Death,” staged in theaters besides stops at arenas in Los Angeles, near Montreal and in Brooklyn. Forge says the arena presentation – the sold-out LA Forum show was attended by members of Black Sabbath, Metallica, Alice in Chains and Avenged Sevenfold — “is a little bit more of a classic arena stage look, where there’s things that go on in the crowd and additional stairs and stuff.

“Another big difference is we chose not to do any pyro on the majority of the tour just because it’s old theaters and permits and all that, it’s just a nightmare, [but] pyro is doable in arenas.”

Ghost — Copia and his band of masked and anonymous “Nameless Ghouls” — is touring in support of its fourth album, “Prequelle.” A theme of the album is the Black Plague, the 14th century pandemic that killed up to 200 million people, but “Prequelle” isn’t all doom and gloom: The tunes are epic and arena-ready, with irresistible riffs and choruses that recall the bombast of ’70s and ’80s rock. One of the tracks, “Dance Macabre,” is a disco-rock celebration, complete with a bloody dance-party music video.

Before Copia took the reins for “Prequelle,” Ghost had been led by a succession of Satanic popes — Papa Emeritus, Papa Emeritus II and Papa Emeritus III — all played by Forge. Copia, a lowly cardinal, is the youngest and least powerful of the Ghost leaders so far, allowing Forge to explore “the old tradition of master and apprentice,” as he puts it.

Forge, 37, had perpetuated Ghost’s mystique by keeping his identity under wraps, but it became an open secret in the metal community — later confirmed when he was sued by former Ghouls. (A Swedish court threw out the case in October; the former Ghouls appealed the decision.)

But Copia and the Ghouls aren’t just playing dress-up. Forge’s attention to detail in the studio and on stage extends to all Ghost messaging: Concerts are promoted as “rituals,” social media posts are prefaced with the verbiage “a message from the clergy,” and merch includes rosary beads ($20), a “Papa II Deluxe Mask” ($89.99) and “Gold Prequelle Chalice” ($200).

The unorthodox approach has not limited the occult band to a cult following. In 2016, Ghost won a Grammy for the song “Cirice,” leading to a weird-even-for-Hollywood moment when Papa Emeritus III and the Ghouls, in full regalia, took to the podium to accept. Last week, Ghost was nominated for two more Grammys: Best Rock Album for “Prequelle” and Best Rock Song for “Rats.”

Four albums and more than a decade in, Forge says he doesn’t know how far he’ll take the Ghost story.