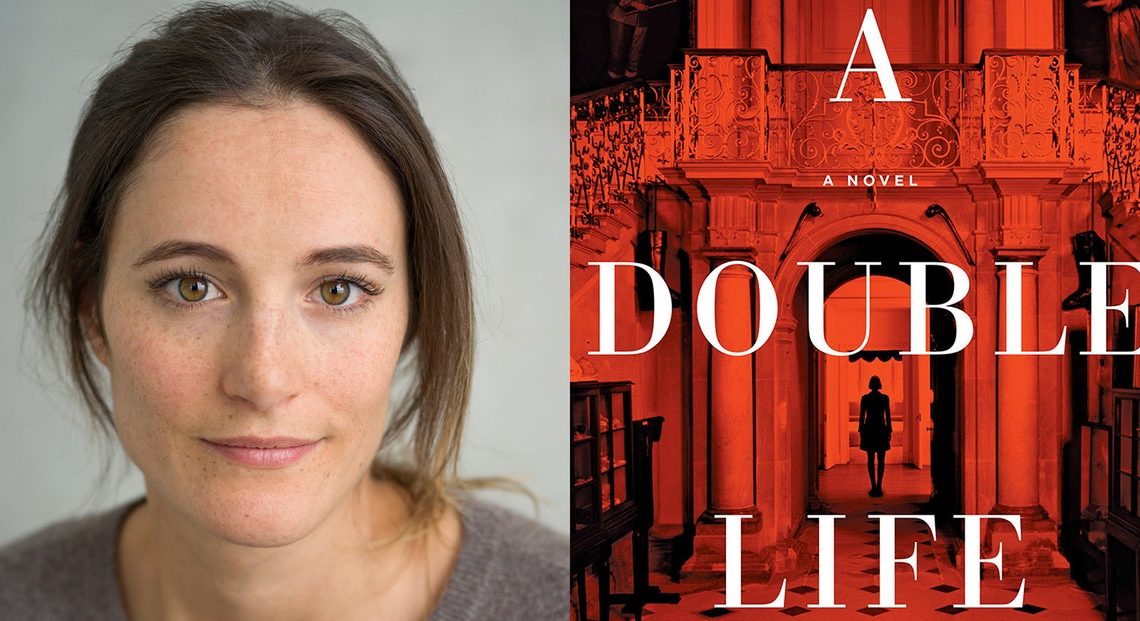 Each month, the Bustle Book Club asks an author to recommend a book they think everyone should read. In February, The Girl on the Train author Paula Hawkins recommended A Double Life List by Flynn Berry. Follow along with the book club on Bustle, join the conversation on Goodreads, and enter to win free books now.

Author Flynn Berry knows firsthand just how scary of a place the world can be for women. That is why she decided to write her first book, the Edgar Award-winning Under the Harrow, and it is why she’s stuck with the crime genre for her follow-up, A Double Life.

At the center of this psychological suspense novel is Claire, a hardworking doctor who, by all appearances, leads a quiet, normal life in London. But behind her carefully crafted existence is a dark secret: She is the daughter of England’s most notorious murder suspect.

Nearly thirty years ago, while she and her brother slept upstairs, a horrific crime was committed in her family home. By morning, her father’s car was found, covered in bloodstains, abandoned near the English Channel. The man himself vanished, and has been considered missing ever since.

Claire has been careful to keep her violent past a secret, but when the police inform her that they think they have found her father, her carefully crafted world begins to crumble. Determined to uncover the truth about her family, Claire infiltrates her father’s former inner circle in search of information that can either exonerate him, or prove his guilt once and for all. 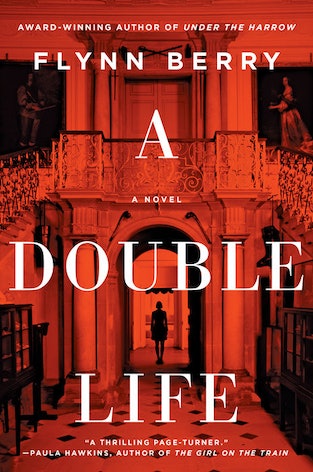 ‘A Double Life’ by Flynn Berry

Berry spoke to Bustle about the unsolved crime that inspired her novel, the continued popularity of the crime genre, the likability (or lack thereof) of her narrators, and so much more.

Bustle: A Double Life is loosely inspired by a notorious unsolved murder. Can you tell us a little bit about how you found the true crime case and what made you want to write a novel about it?

Flynn Berry: I had known about the case for years because it’s so widely reported in the British press. There are new newspaper articles every year about sightings of Lord Lucan, and I’ve always been fascinated by it.

It just seemed like this huge, rich story with elements of class and privilege and revenge and how women are treated by the courts. It was a story that always fascinated me.

What do you think it is about the crime genre — whether it be true crime or crime fiction —  that fascinates us? Why are podcasts about serial killers and documentaries about unsolved murders so popular, particularly in this moment?

FB: I think it’s, for me at least, about the desire for justice. It’s kind of cathartic, because normally what happens is you read about something horrible that has happened in a newspaper, and then you just try to go about your life as though you haven’t read this terrible thing. I think the podcasts and the shows and the investigations are all a way of letting people feel like they’re doing something — participating in a search for not necessarily revenge, but retribution and the truth. I think it’s satisfying on that kind of deep level.

The mystery and thriller genre has been criticized for its portrayal of violence, especially towards women. Some have even called the genre anti-feminist for its reliance on the Dead Girl trope, but in recent years books like Gone Girl, The Girl on the Train, and your debut Under the Harrow have challenged that and actually given agency and power to women who often don’t have it. What drew you to this particular genre and telling the story differently?

FB: I think about this all the time, because you don’t want to perpetuate the myth of a woman being hurt being the most interesting things. The reason why I started my first book was because I was really scared. There had been a murder in my neighborhood of a young woman, and I felt really vulnerable. My roommates, who were also women, felt really vulnerable.

I just got really angry about that, and I think that the reason why books have women victims often is because women don’t commit murders. Something like 98% of murders worldwide are committed by men, and so it feels like this kind of disproportionate share of fear is on women.

Claire, the narrator of A Double Life, is a fascinating character. She is obsessed with this search for her father, but also this question of whether or not he could be innocent, and if he wasn’t innocent, whether or not he has always been this horrible man, or if something good once existed in him. It’s an extreme example of taut family relationships, but it gets to these questions we all have about who our parents are, who we are because of them. Can you talk a little bit about what interested you as far as the family relationship goes, and what that legacy of violence leaves behind?

FB: I was really curious about what it would be like growing up not knowing if you were the daughter of a monster basically. I read a lot about women who were the daughters of dictators or war criminals, like Stalin’s daughter who fled to the U.S. and tried to have a normal life but was haunted by her father’s legacy.

I think, like you said, it’s part of a wider idea of, "What have I inherited? How will I be different or the same?" to the most extreme degree.

I also think it is partly interesting to think about someone feeling responsible for atoning for what their parents have done, and how they handle that burden.

The thriller/mystery genre is no stranger to addiction. Many of the most famous fictional crime solvers struggle with alcohol abuse or some other kind of addiction which at times feels glorified, but the struggle Claire’s younger brother Robbie has with opium addiction in A Double Life feels very different. What inspired to tackle the subject of addiction in your novel, and to use it in this way?

FB: So that’s based pretty closely on an experience in my own family, and it feels like something I am always kind of writing towards, whatever I am working on. That sense of survivor’s guilt or of the damage of addiction. And I think it’s funny because the idea that addiction can be glamorous to anyone who has seen it up close is laughable. There is absolutely nothing mysterious or sexy about it when you actually see what is happening.

At the same time, I love all the cop shows when the cop comes home and has a big glass of wine. The kind of damaged lone wolf.

I am going to switch gears a little bit: let’s talk about book clubs. t’s an old tradition, but it feels like book clubs are having a moment. Why do you think people are drawn to them, right now in particular?

FB: First of all, when you love a book, there is nothing better than talking about it with other people. At least, I always want to cook the food that the characters are eating, or watch the movies that they’ve seen, or go to the places that they’ve visited. It seems like a book club is an extension of that, where you can live in the world a little longer.

I think also at this time, it is especially appealing because of how much we want community and to gather together. It allows you to talk about ideas and engage in the world in a way that is different than online.

What do you think makes a good book club book?

FB: I think it has to be absorbing, and I think people have to come in wanting to talk about it, which could be because they hated it or had a really hard time with one of the characters, or because they enjoyed it. So something that has a rich web of ideas that people can really get into and untangle with each other.

What do you think makes A Double Life a good book club pick? What are you interested in seeing people talk about?

FB: Well, I was delighted to be chosen! I did a small dance around my house.

But I think the thing that has been interesting when I do readings is the question of likability, which is something I never really think about when I am working. It kind of took me by surprise that a lot of people found the narrator, in my first book especially but also this one, kind of unlikeable or difficult or prickly. I love that. I am just really curious about the ways that women are judged, especially when they are victims of crimes or witnesses of crimes, and how we have a very curious idea of what constitutes good behavior for a women and normal behavior.

Follow along with the book club on Bustle, join the conversation on Goodreads, and enter to win free books now.