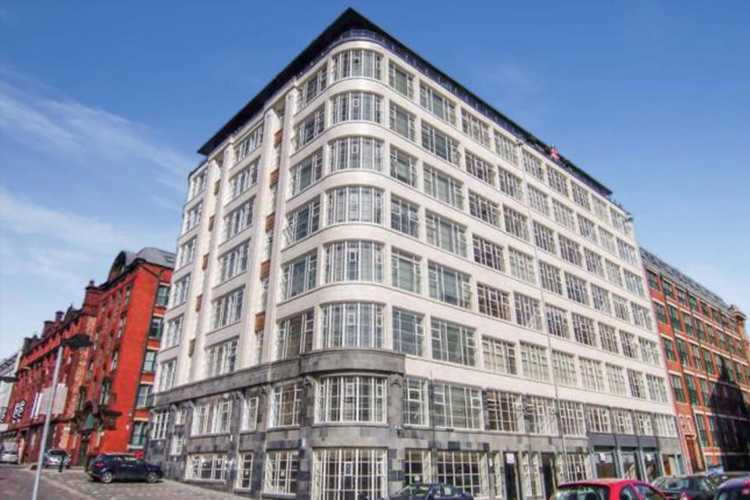 THIS two-bed flat on the market for £400,000 looks quite ordinary from the outside – but its hiding a dark secret.

The modern, minimalist pad has caused a stir among potential buyers who have been left questioning what the previous owners got up to. 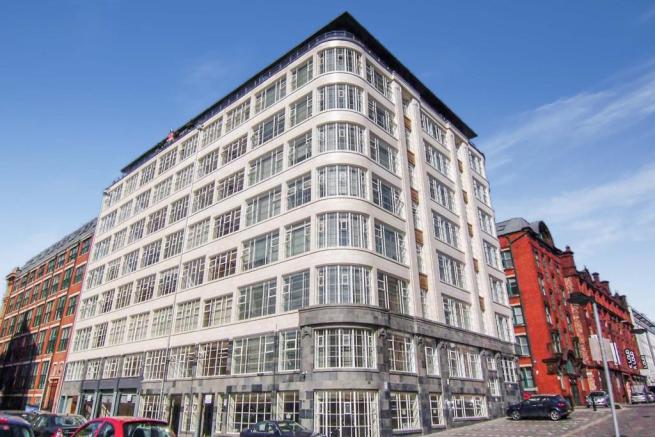 The city-centre apartment is situated in an 89-year-old Art Deco style old Victorian Mill warehouse, making it a hot property.

But its "one of a kind" decor seems to have scared a few house hunters away.

The gothic home underwent a drastic makeover, transforming every room with a dark color palette.

Inspired by Batman's Gotham City, every room in the flat apartment is painted black, and finished with black decorations to complete the dark aesthetic.

Traditionally colourful rooms such as the kitchen and living room have also been adorned with black.

Worktops, cabinet doors and the radiator are also all black – with a rare bit of colour coming from the gold taps and sink in the kitchen.

In the living room, the sofa and blinds also match the bold colour scheme of the rest of the pad – that even has black flowers on display.

The bedrooms don’t escape the dark theme with black pillows on the bed and matching furniture.

The apartment building was formerly a warehouse, in central Manchester's edgy Northern Quarter.

The building was then converted into a 1920s Art Deco style living space in 1997 by Maghull – a Liverpool-based property developer.

I spent £50,000 on an extension but council is making me DEMOLISH it

On sale for £400,000, the property's listing describes it as "sexy, seductive, desirable", with "touches of gold to get the eyes wandering".

The good news for home hunters is it comes with a parking space but pets are not allowed, according to the listing on Nest Seekers.

But this may be a blessing in disguise, as pet hair would be frustratingly noticeable on the black furnishings.

Original Victorian redwood floors have been restored throughout the 1,000sq ft apartment, which boasts a distinctive 'loggia' area.

The modern open-plan kitchen features a quartz worktop and integrated appliances for a minimalist look.

And the custom-built bathroom comes in a polished concrete finish, with a white free-standing slipper bath and a walk-in rain shower for contrast. 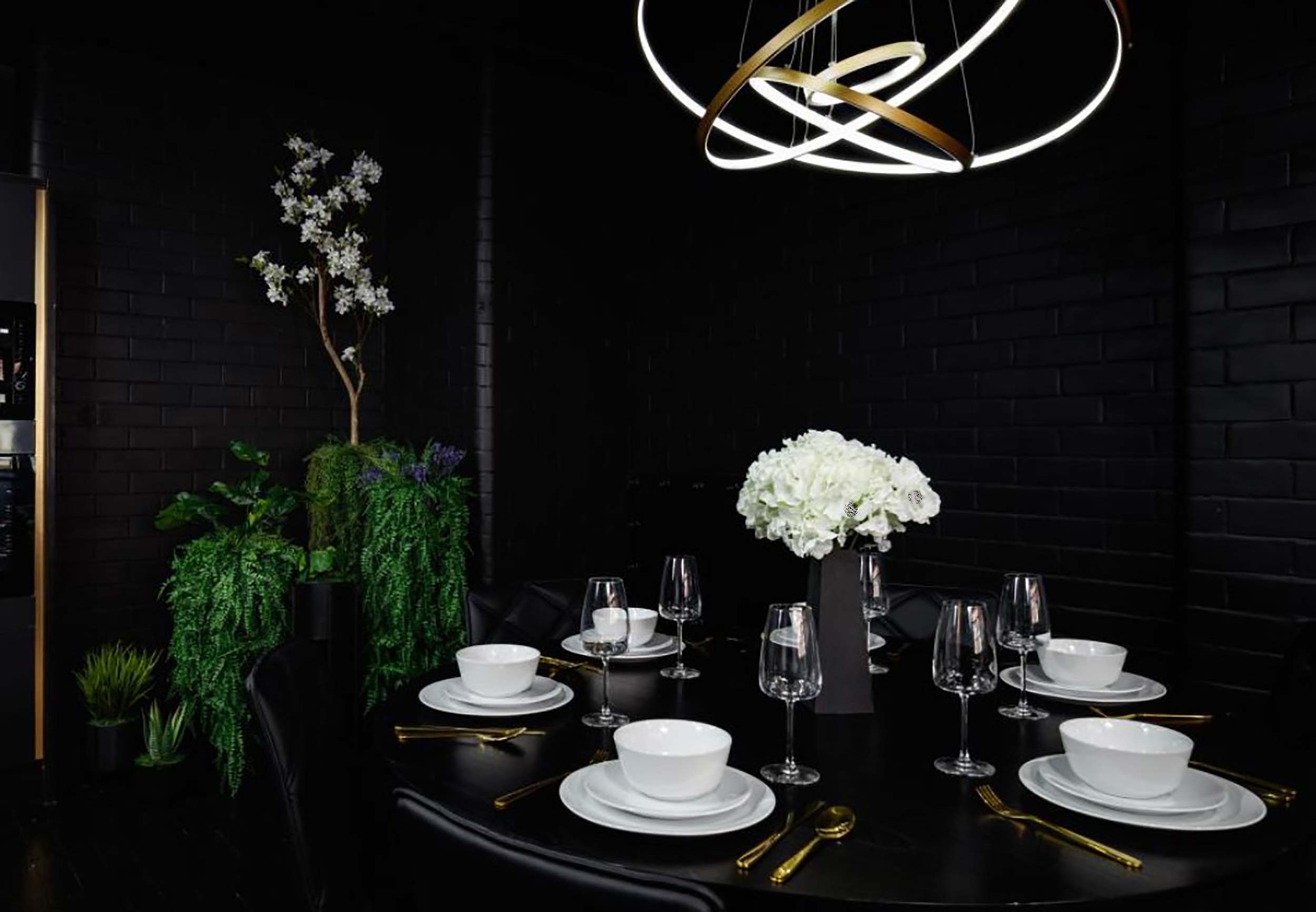 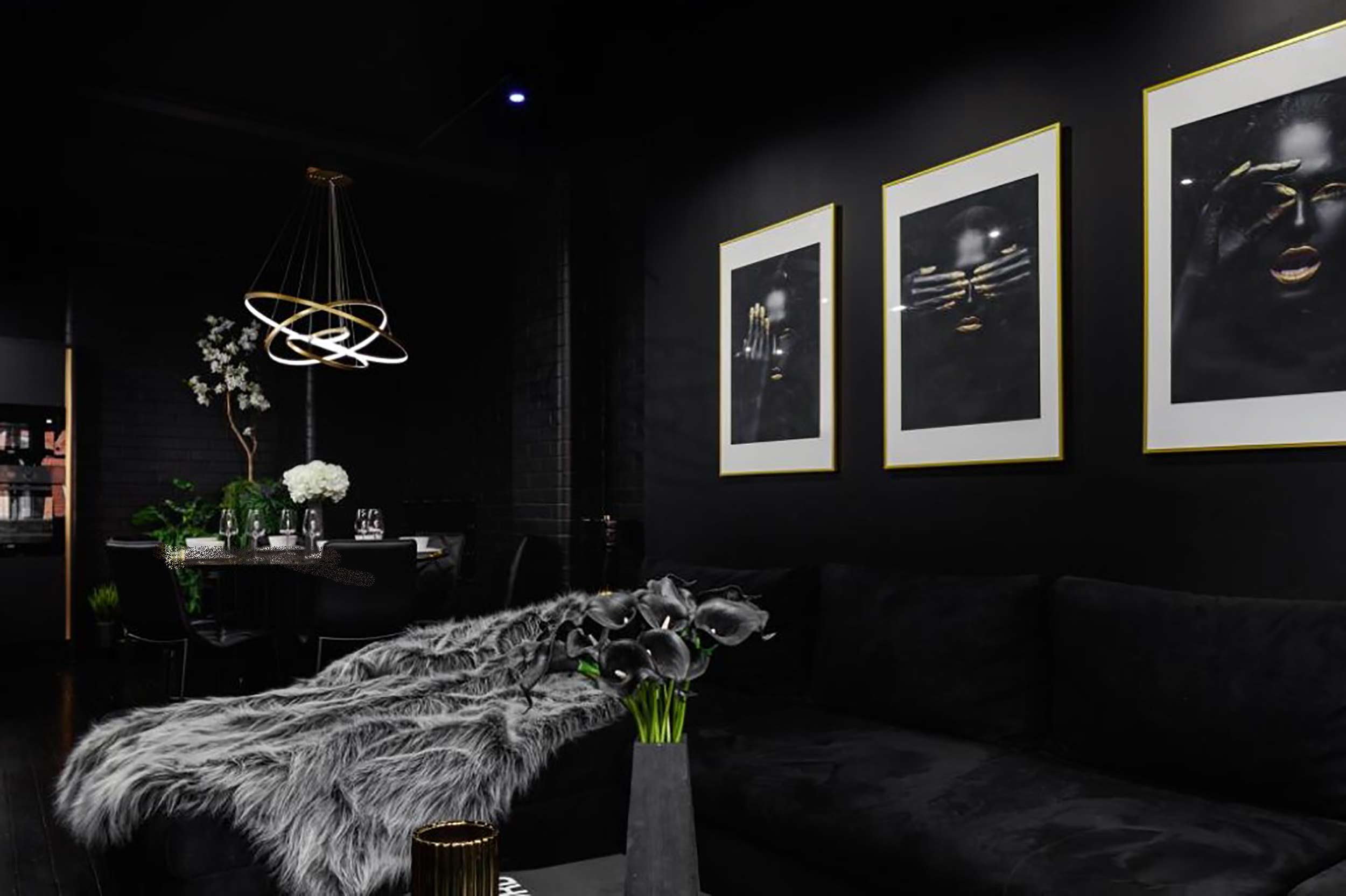 "The apartment is not a space you come about every day, especially in Manchester city centre," says real estate broker Spencer McLeod.

"Unique in its space, layout and décor – this apartment is inspired by Gotham City from the iconic Batman movies. You can clearly see that the owner has spared no thought when it comes to the detail of the apartment.

He adds: "The Northern Quarter is the best location in the city centre with its quirky restaurants, bars and iconic coffee shops.

"If you’re a young professional looking for a sexy pad in the city centre, this is certainly a strong contender."

The apartment is owned and designed by Jacksonheim Boutique and is being marketed by The McLeod Group, partners of Nest Seekers International, whose Hamptons team has their own show on Netflix – Million Dollar Beach House.

For more information, head to the Nest Seekers website here. 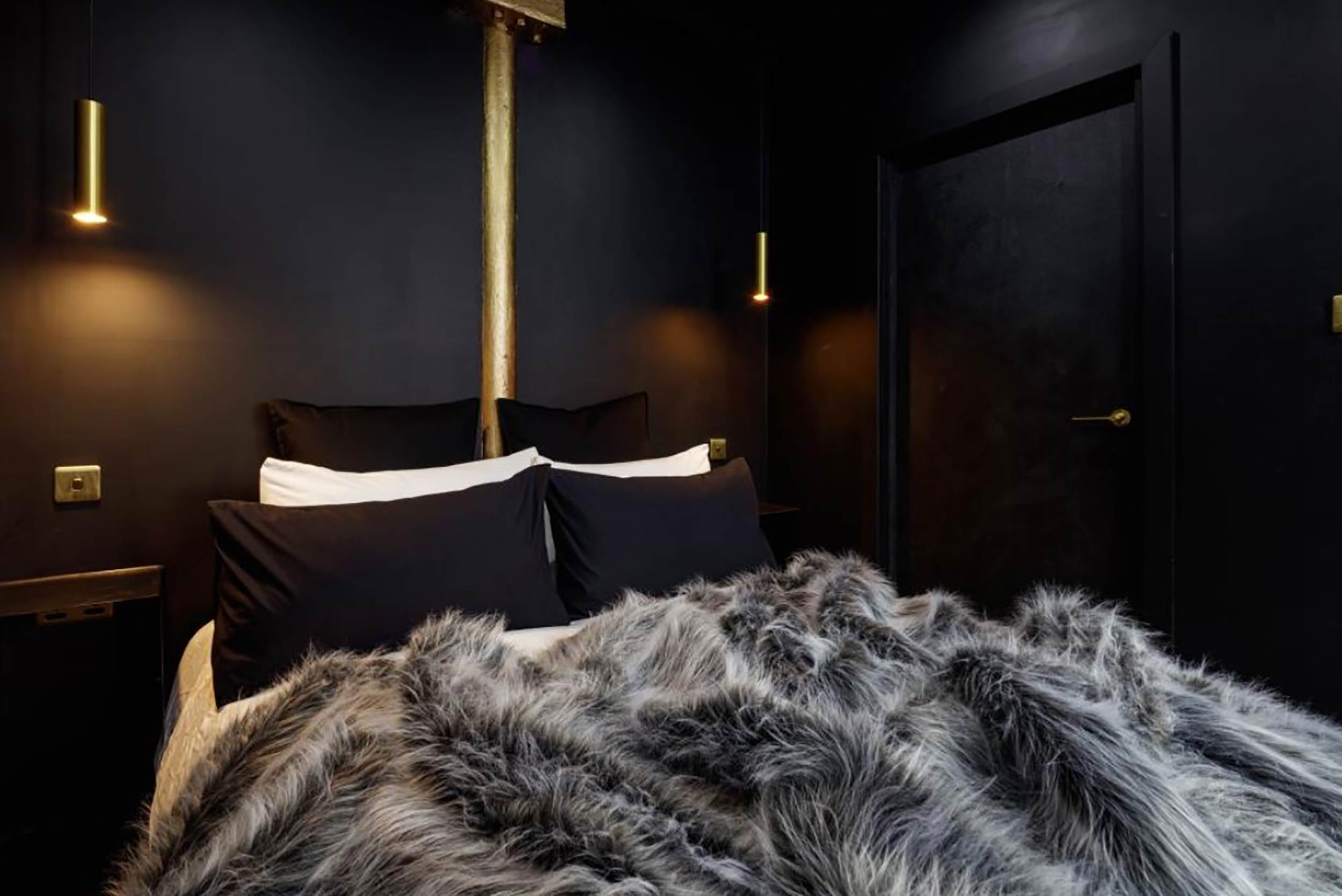 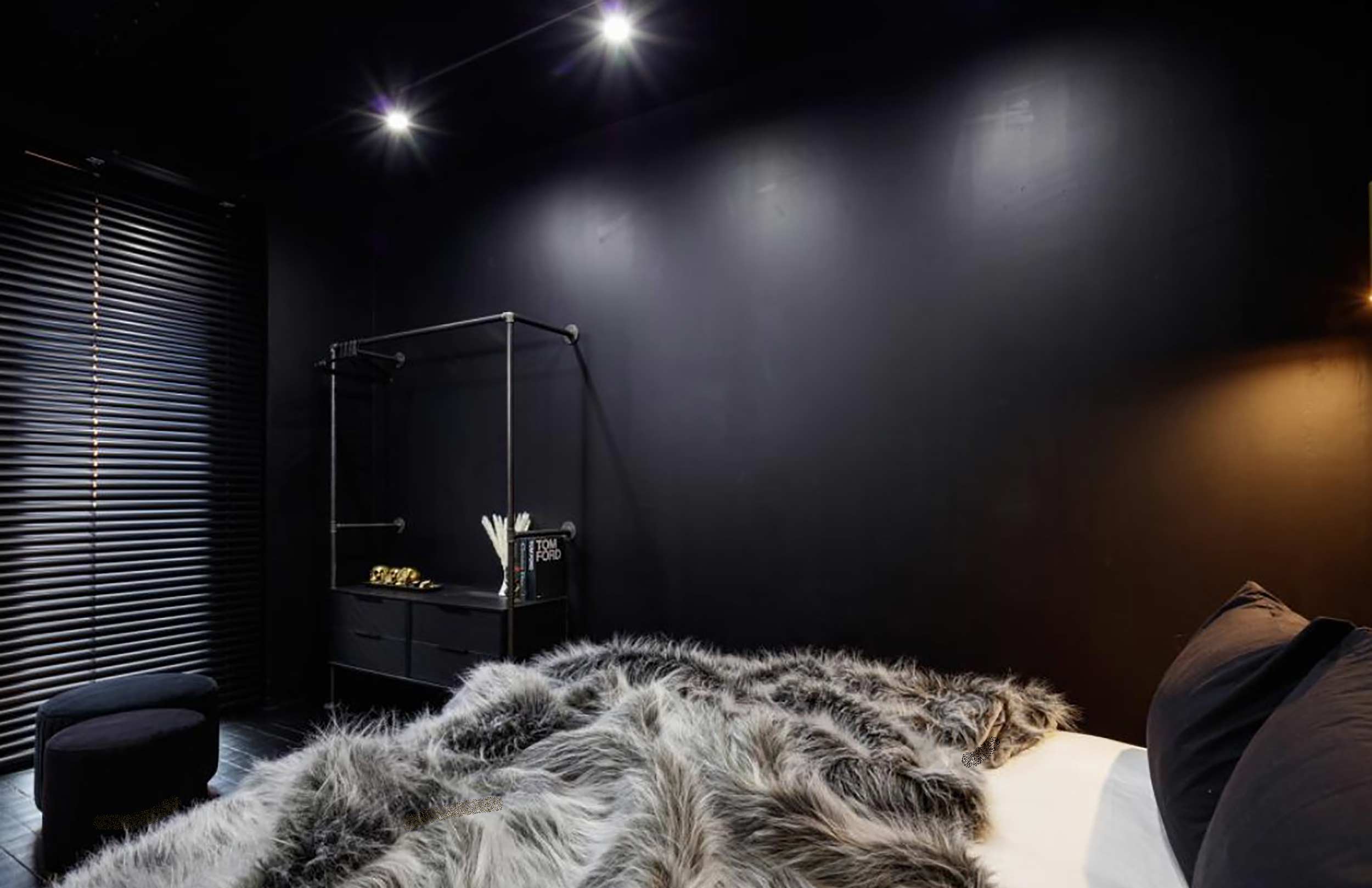 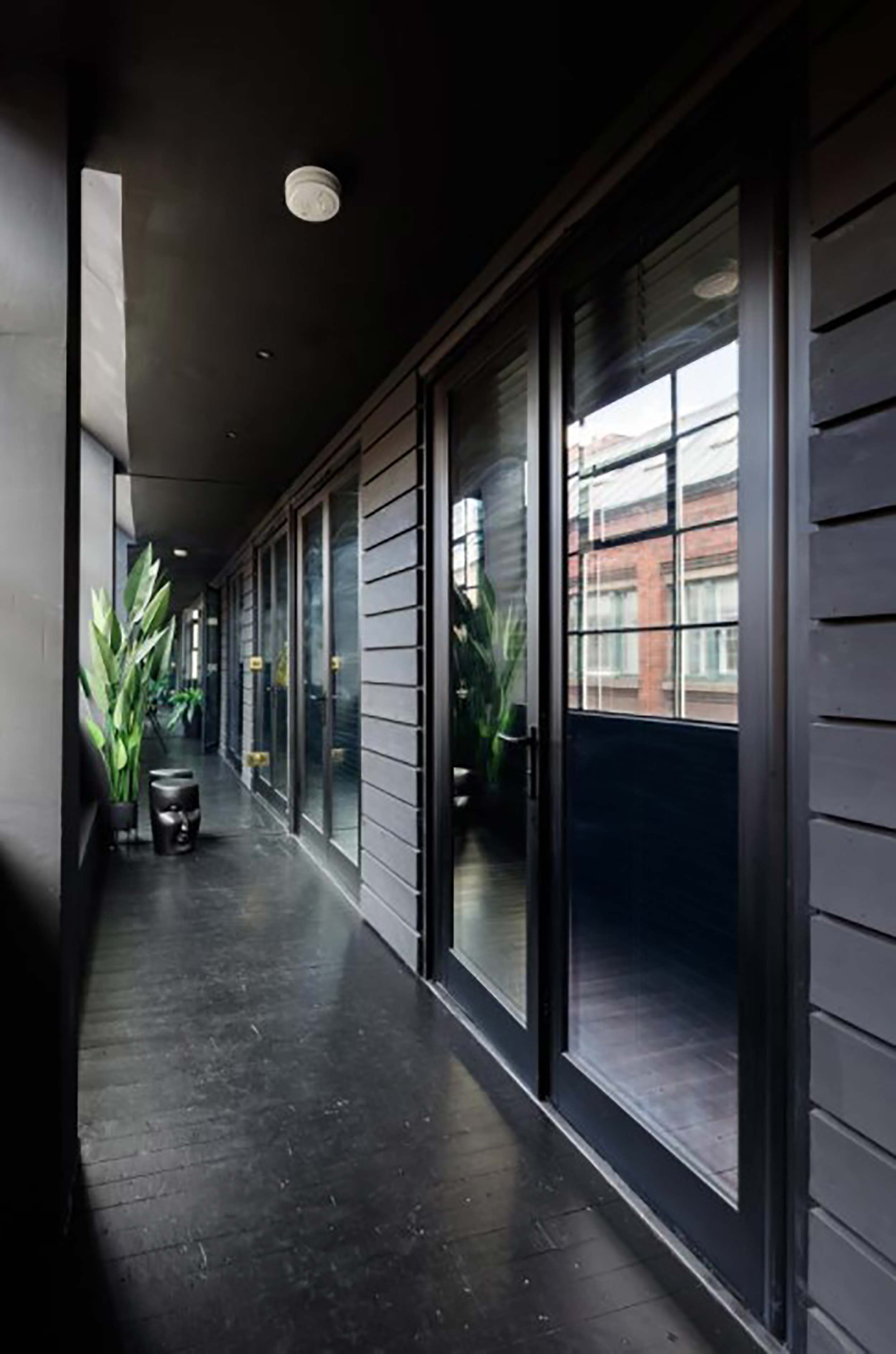 Kaley Cuoco Was ‘Devastated’ to Not Be Cast in Rian Johnson’s ‘Knives Out 2’: ‘I Suck’