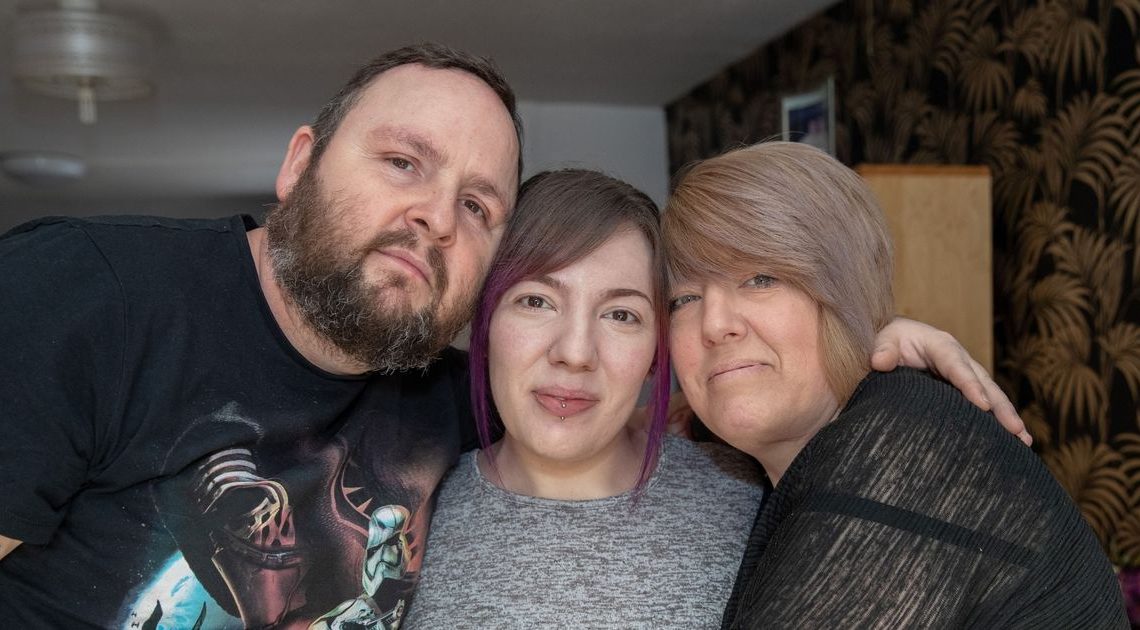 A ‘ healthy ‘ 28-year-old woman has been told she’s dying after going to the doctor with slurred speech.

"Beautiful" Natalie Hilton can barely speak or eat after being diagnosed with Bulbar Palsy, a motor neurone disease.

Devastatingly, she has been given just two to four years to live.

Heartbroken mum Marie said Natalie began to slur her speech in May and doctors initially thought she had suffered a stroke, the Liverpool Echo reports.

However, after undergoing tests, she was told in December she had a devastating muscle wasting disease and given only years to live.

Now mum Marie is on a mission to help her beloved daughter complete a bucket list of wishes, before the cruel disease takes hold.

The mum-of-four, from Warrington, said: "She thought she would have time to meet someone and get married and have kids, learn to drive and go abroad, all these things she should have been able to do.

"Her speech has got worse over the past few months and she is finding it hard to eat now, because the muscles in her neck and tongue are getting weaker, so she will need a stomach peg fitted.

"We are getting her an iPad too so that she can use it for communicating.

"Doctors have said she will probably be able to live this year able bodied but after that she will need 24-hour care.

Before her tragic diagnosis, Natalie worked full-time at a call centre in Runcorn and lived in a flat in Warrington, with her three cats.

In her final year living independently, Natalie wants to fulfill a bucket list of wishes including; doing a skydive with her dad, going abroad for the first time and swimming with sharks.

She also wants to make memories with her niece and nephew and two younger sisters and brother – who Marie said are all "so close".

Marie, 46, said: "She is so strong and is going to keep fighting and fighting until the disease takes over.

"She wants to go on holidays with family members individually to make memories with them.

"Her brother is taking her to Amsterdam and she said she wants to go to a log cabin with her sisters.

"She wants to go to Australia to meet relatives she has never met before and wants to watch the sunset in Greece.

"She wants to swim with sharks and dolphins and do a skydive with her dad.

"I need to try and raise what I can for her possible last year of being able bodied."

Dawsons Tattoo shop in Stockton Heath has also kicked off her list of wishes by offering to complete her sleeve tattoo for free.

Marie said: "I am so proud of Natalie, even before this, she is so much stronger than me.

"She is very independent, kind and beautiful.

"Everyone is trying to be strong for her but it is very hard. She doesn’t want anyone crying.

She added: "I think when something like this happens it just makes you think – don’t take life for granted, because anything can happen.

"Natalie was a healthy young woman, she went to the gym, worked all her life right from leaving school.

"She was independent with her own flat – everything was hunky-dory and then this happened.

"It isn’t hereditary and it was nothing she has done that has caused it, it has just happened and unfortunately happened to her."

In order to help raise money and give Natalie a year to remember, a JustGiving page has been launched.

Marie is also organising fundraising events. The page has already raised close to half the £6,000 target.

Marie added: "It doesn’t matter if it’s £1, every little bit really does help and will go towards what she wants to do. We just want to make her smile, while she still can."