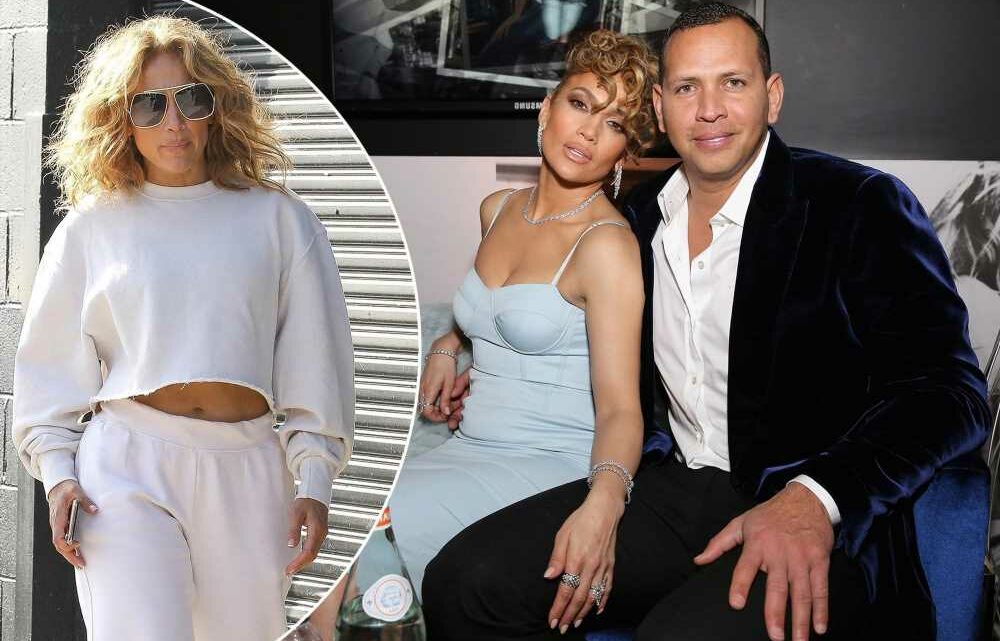 A radiant Jennifer Lopez was photographed stepping into the studio in Los Angeles on Saturday, just hours after having a friendly dinner with ex-fiancé Alex Rodriguez.

It was the first time Lopez, 51, has been pictured since she and Rodriguez, 45, confirmed their breakup on April 15. 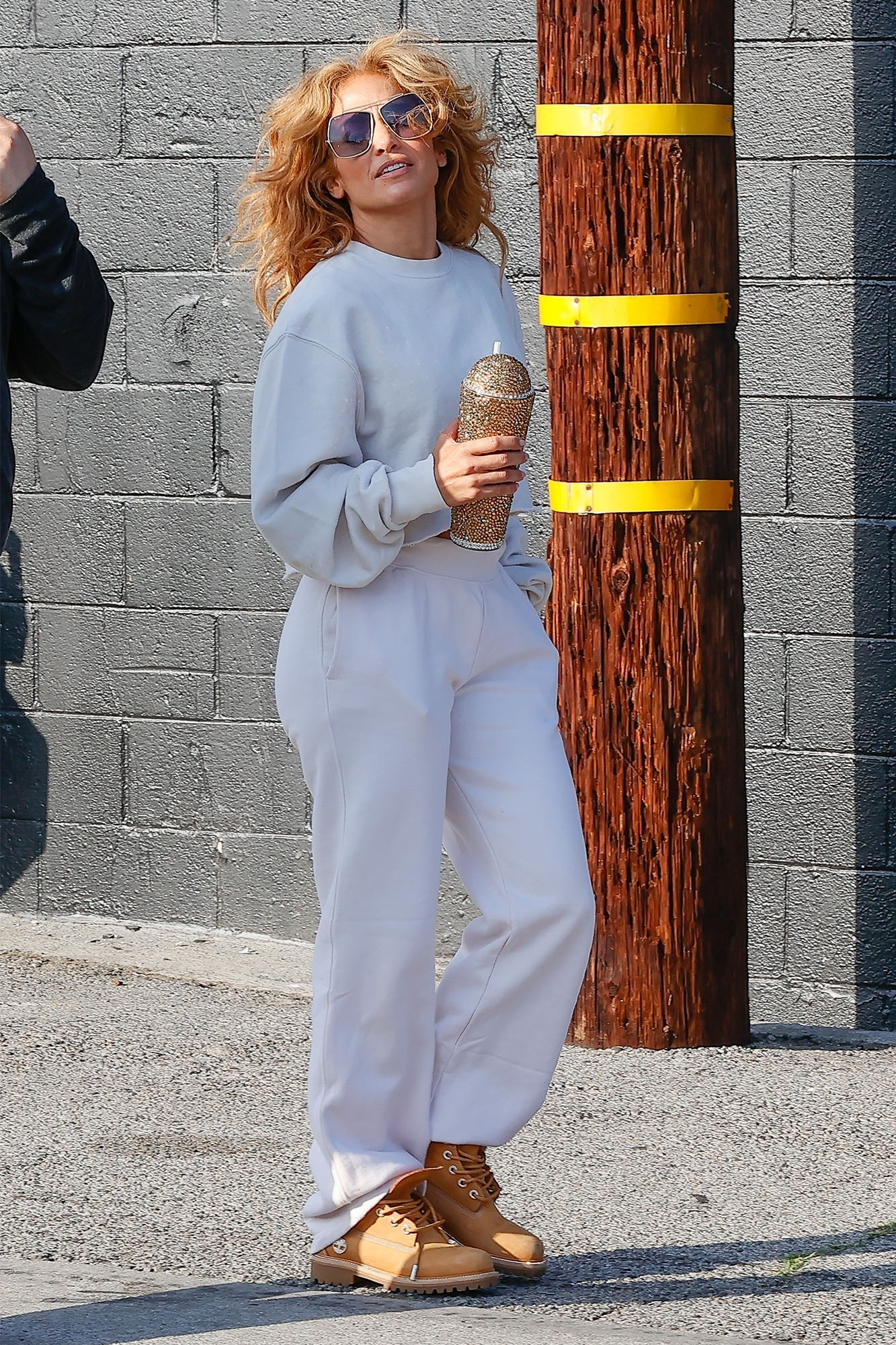 In the new snapshots taken in Burbank, Calif., Lopez wears chic white sweats, boots and gold sunglasses. While her massive engagement ring from A-Rod is nowhere in sight, the superstar does get a dose of bling in the form of her ever-present crystal Starbucks cup.

As Page Six exclusively reported, Lopez and Rodriguez had dinner together on Friday night at the Hotel Bel-Air in Los Angeles — the site of their first date back in 2017 and near where Lopez reportedly owns a $28 million mansion. 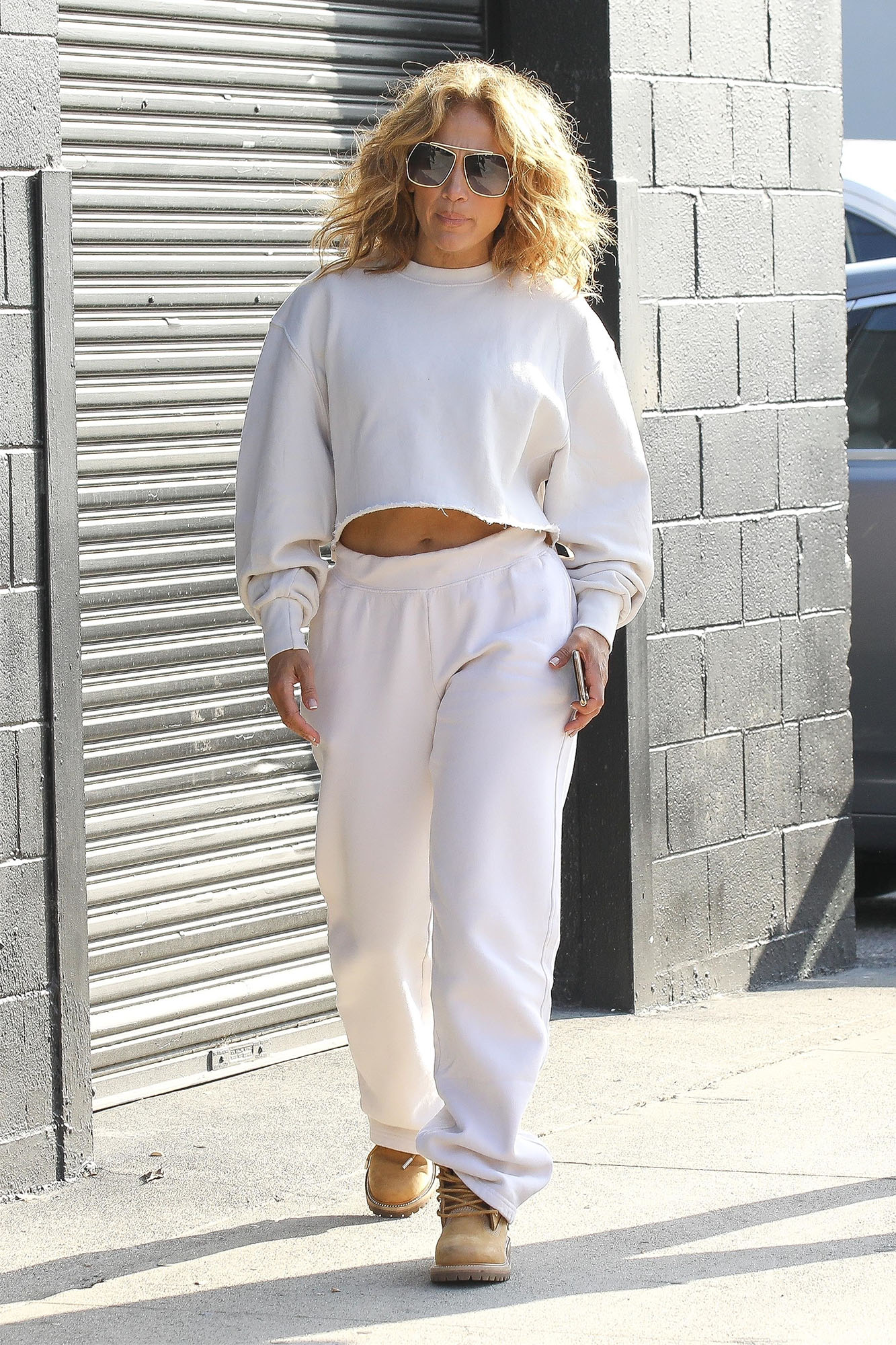 A source said the hangout was amicable and, “There still seemed to be love and respect there.”

Rodriguez then headed to Miami to celebrate his daughter Ella’s 13th birthday while Lopez stayed on the West Coast. 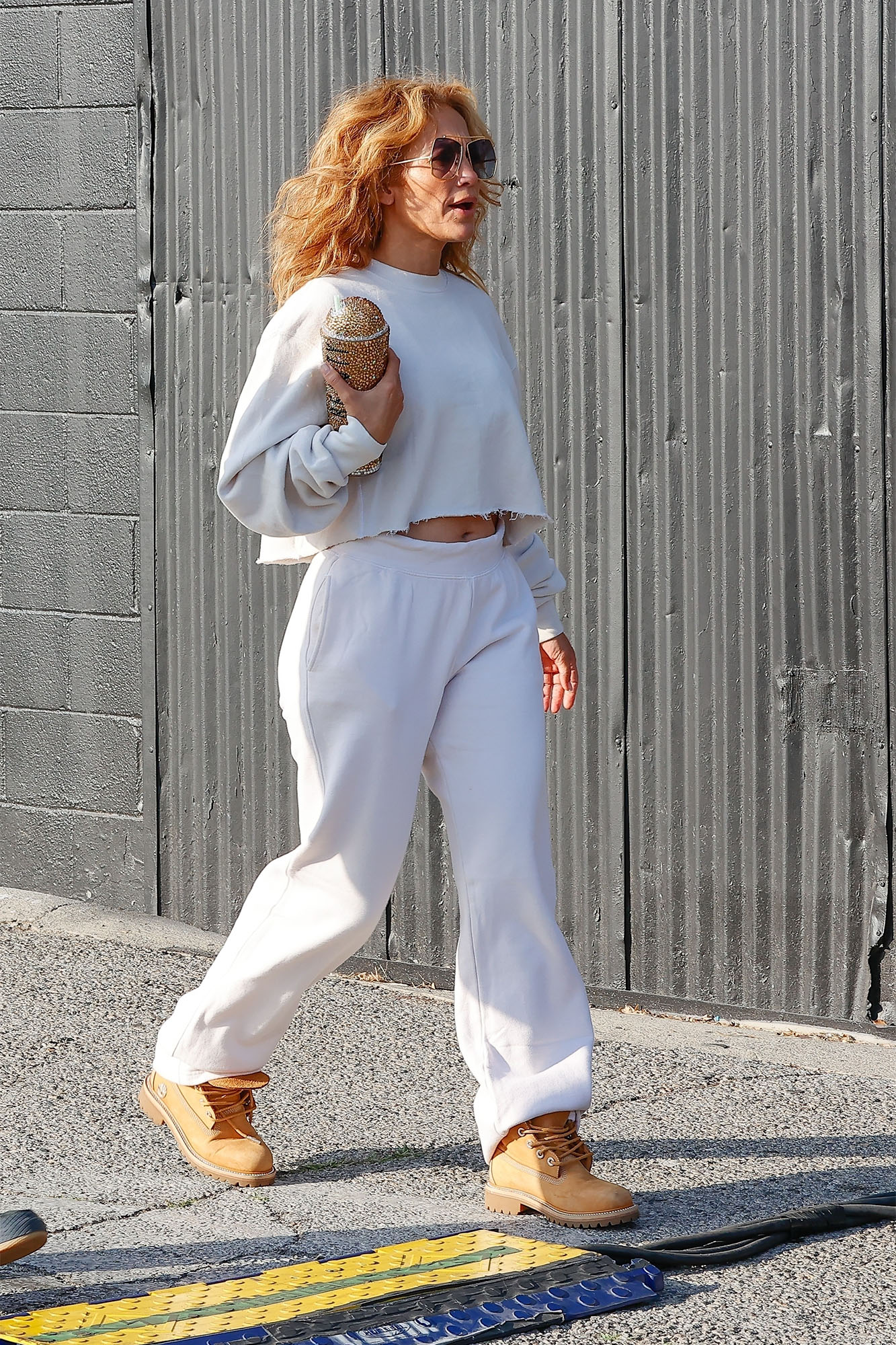 We’re told Rodriguez and Lopez are still working on business projects together, though her absence from his recent deal to purchase the Minnesota Timberwolves was a signal to insiders that things really were over for the couple.

Earlier this month, the power pair confirmed that their engagement was over — one month after Page Six broke the news that they’d split amid Rodriguez’s scandal with “Southern Charm” star Madison LeCroy. After our stunning report, J.Lo and A-Rod claimed to be working on their relationship and were conveniently photographed kissing.

But in their breakup statement just weeks later, they said they are “better as friends and look forward to remaining so.”