Last year, more than 50 Oklahoma-based artists set out to record Fire in Little Africa, an album that commemorates the centennial of the 1921 Tulsa Race Massacre. Rappers, singers, and producers spent several days working tirelessly from their respective locations, aiming for musical excellence. While the recording process was unconventional due to the emergence of the pandemic, the collaboration ultimately produced a one-of-a kind project. After recording around 150 songs and finalizing production through video chat, Fire in Little Africa came to fruition.

Narrowed down to 11 tracks, the album’s mission is to recondition the minds of listeners. Rather than solely focusing on the past, Fire in Little Africa is an auditory viewpoint of Black America today. Equally powerful and timely, the album is centered around racial injustice, activism, generational wealth, education, reparations, and entrepreneurship. Moreover, the hip-hop collective intentionally honors Tulsa’s ancestors with poetic storytelling. 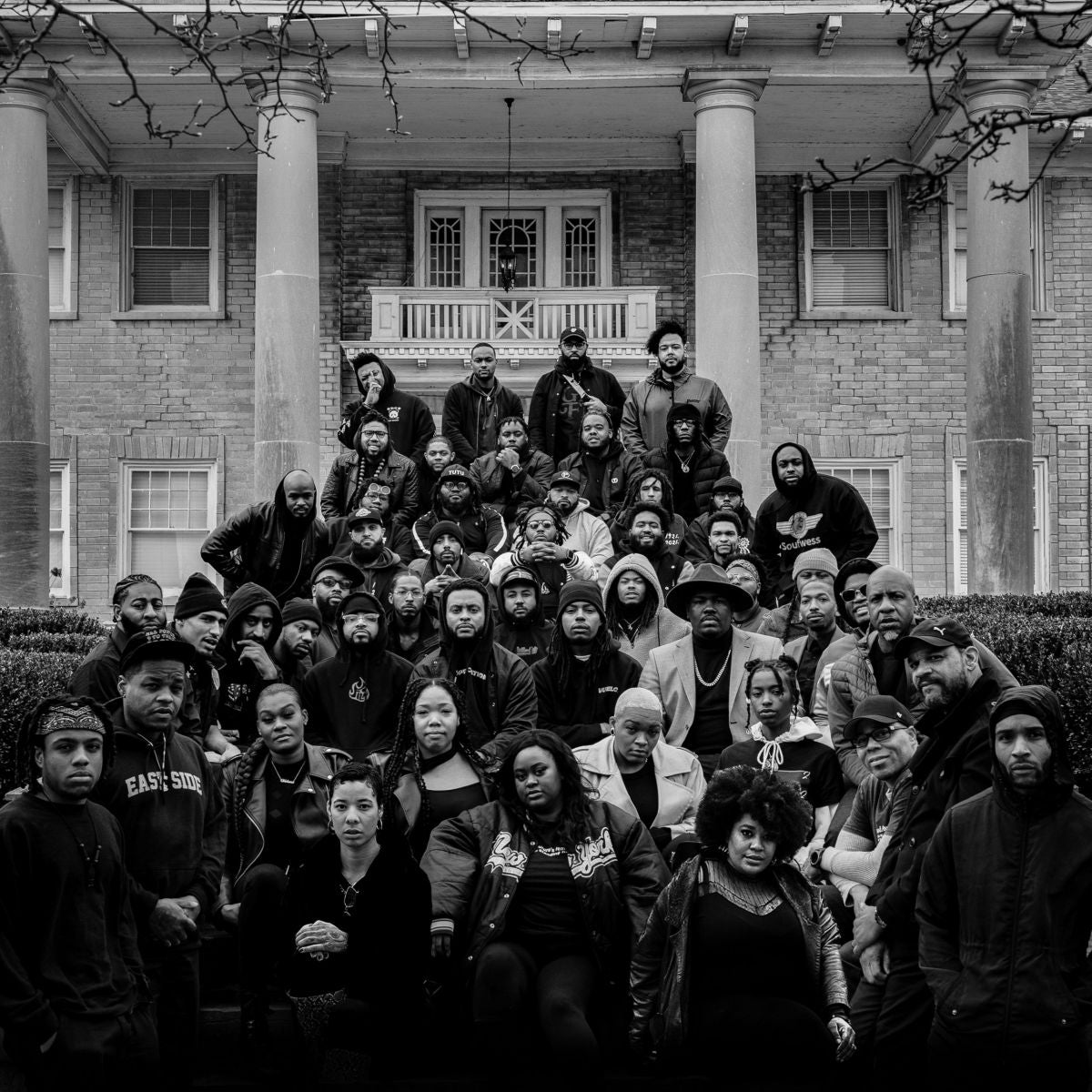 Nearly 100 years ago, a white mob descended on the streets of Tulsa’s Greenwood district and horrendously burned down the neighborhood known as “Black Wall Street.” The two-day massacre which took place May 31 and June 1 resulted in at least 39 confirmed deaths — many of the victims’ bodies have never been found. Roughly 1,500 homes were destroyed, leaving thousands of people displaced. Furthermore, property damage amounted to more than $1.5 million, equivalent to about $32.25 million in the present day. At the time, Greenwood was one of the most prosperous Black communities in America — occupied by attorneys, doctors, real estate agents, business owners, and other professionals.

Strikingly, the spirit of Greenwood can still be felt all through the Fire album. “City of Dreams” recounts the wrongful arrest of an African-American teenager named Dick Rowland, which incited the Tulsa Race Massacre. “Shining” speaks primarily to the descendants and residents of Greenwood regarding the preservation of its legacy. “Brunch At The Brady” boldly references a mansion formerly owned by W. Tate Brady a Ku Klux Klan member and massacre organizer. Known today as the Skyline Mansion, the residence was converted into a recording studio for Fire in Little Africa, as seen on the album’s cover art.

This project is being released via Motown’s Black Forum Records. Can you speak on the significance of working with both a historical and culturally relevant label?

Dr. View: Black Forum hasn’t been in existence since 1973. Martin Luther King was signed to Black Forum. The fact that in 2021 it’s coming back and Fire in Little Africa is the first project that will be on Black Forum, that’s just a beautiful story. So we understand the magnitude of it…We’re really excited and honored to be working with Motown and Black Forum. They definitely understand us for sure. 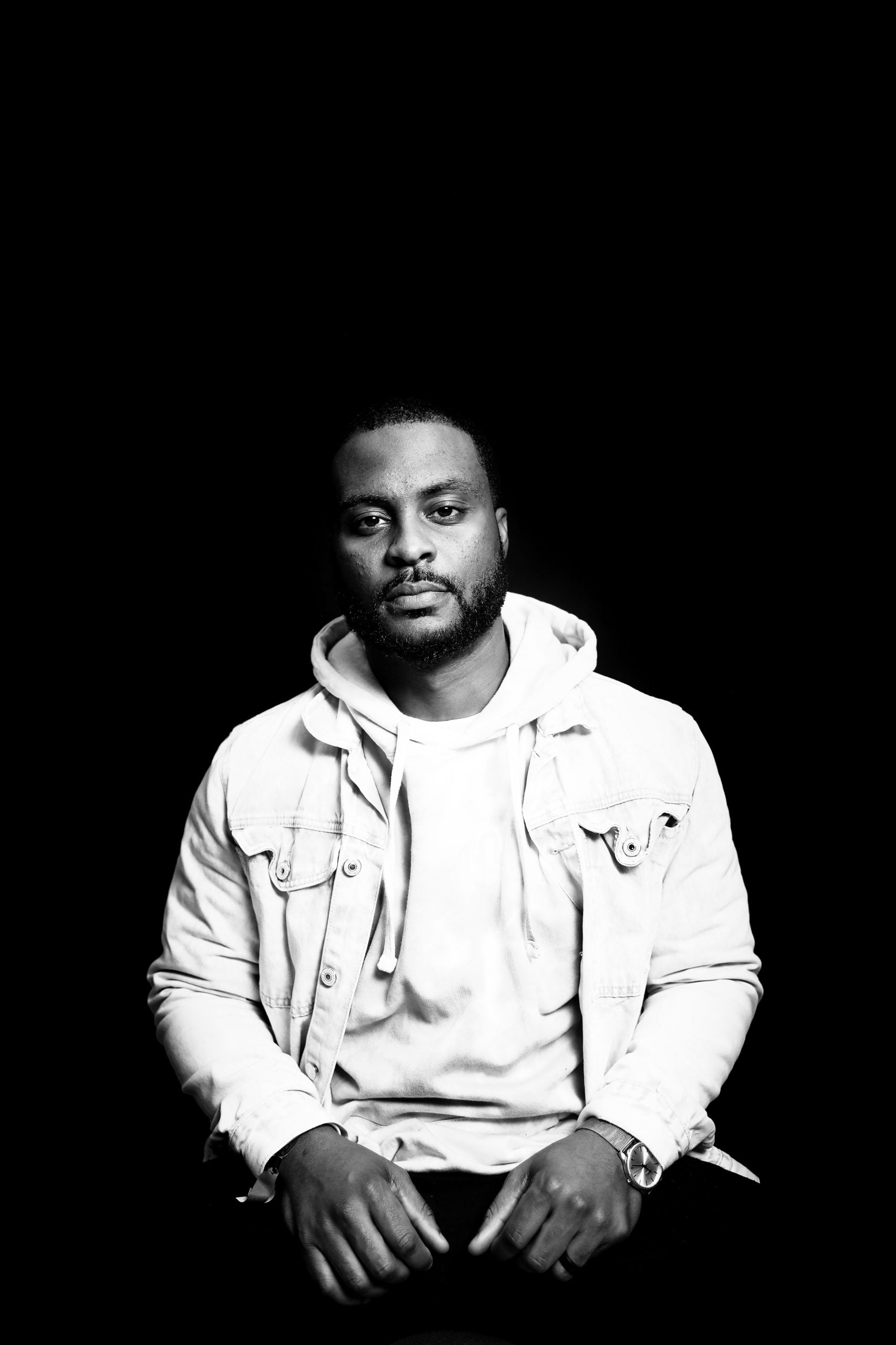 The album was recorded over a five-day period back in March 2020; What was the process like getting everyone on board?

Steph Simon: The process of recording took a couple of days. [But] the process of Fire in Little Africa took a year, a year and a half, almost two years. So those five days get a lot of credit for what it did to create Fire in Little Africa. [Also] there was a selection process for it.I’ve been hands on with so many artists and our music scene here in Tulsa and Oklahoma City. And [Dr.] View is really hands on with a lot of artists [too]. We just put our resources together. We thought about who we work with and who we’re friends with out here in the Tulsa music scene; and we just reached out. Everybody was down with it.

For people who aren’t familiar with Oklahoma’s hip hop scene, specifically in Tulsa, can you describe the music community?

Ayilla: I find it so interesting because in Black Wall Street era, there were so many different people coming here. And I feel like that’s kind of a reflection of our sound too. Because we [also] have every style of hip hop you could think of. We have everything from the East Coast, the West Coast, the Southern sound. We have our own sound, which is live hip hop. We have conscious rap. We have street [music]. It’s not just one type of sonic sound here. 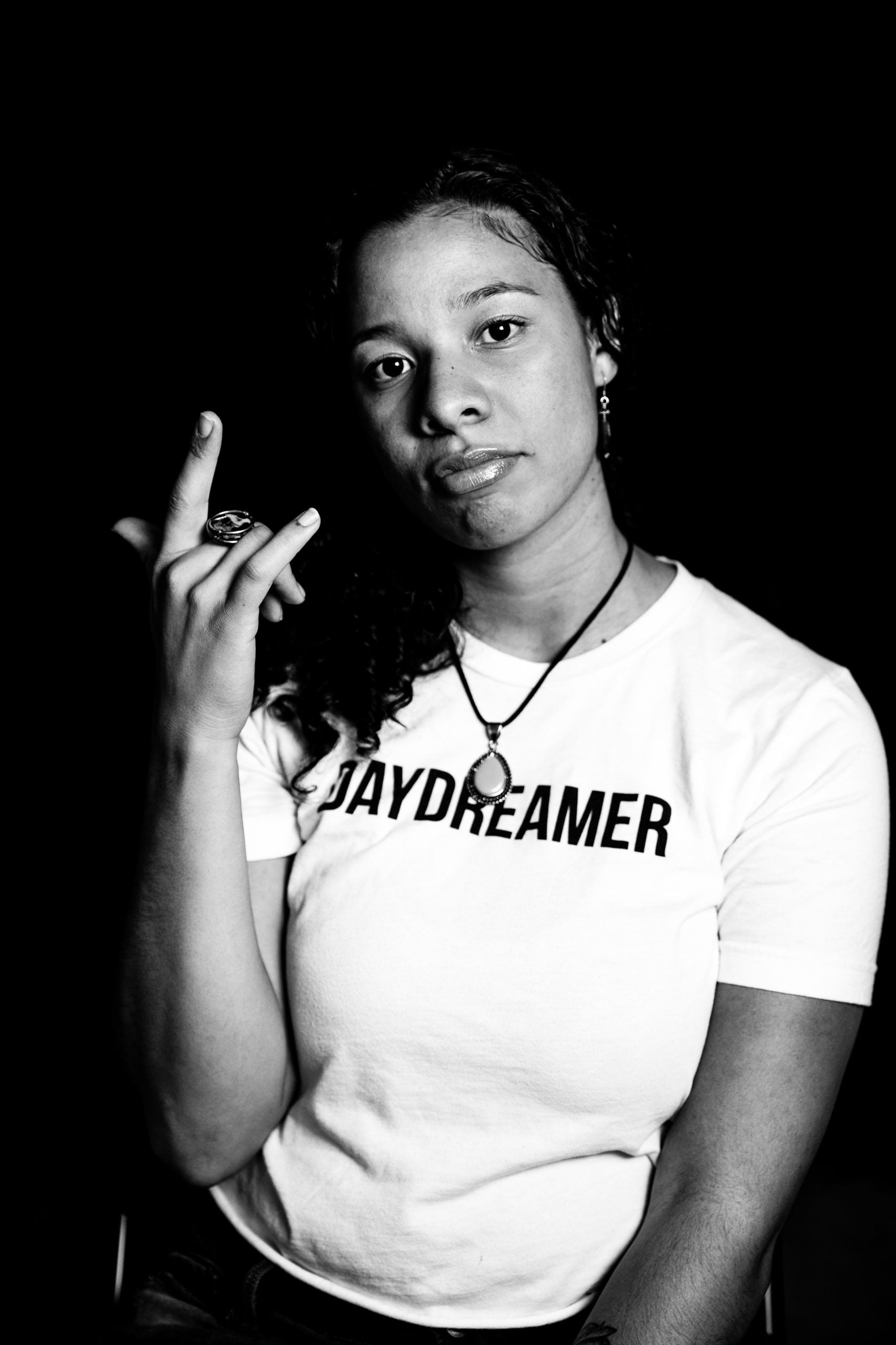 Ayilla: I definitely wanted to invoke conversation. I want people to feel the urge to go and look up the information. And I almost want people to be offended. Because people will be offended. And I feel like it’s really meant for those people who get offended. I want those people to [say to themselves]  ‘okay, why am I offended?’ Because I think that’s really important to push that why behind ‘okay, why am I feeling this way? Why did this offend me?’ I definitely wanted to reach that market as well as the next generation. I think it’s a great catalyst also for the younger generation because it’s hip hop and it sounds good. And I think that kids can feel the authenticity. I think that this album is very authentic and it’ll push them to want to know what happened.

How can we rebuild as Black people across America both literally and figuratively?

Steph Simon: The next step to build is broadening our communication. Because we got the tools to broaden our communication. We built the Black Wall Street in our music scene. [And] we unlocked a door by doing that. I will say we were successful by doing because we unlocked something which got us to the next step. So now that we figured that out, it’s time to implement that in Brooklyn, New York or in Omaha, Nebraska, or in all these places that may feel like they don’t have community. 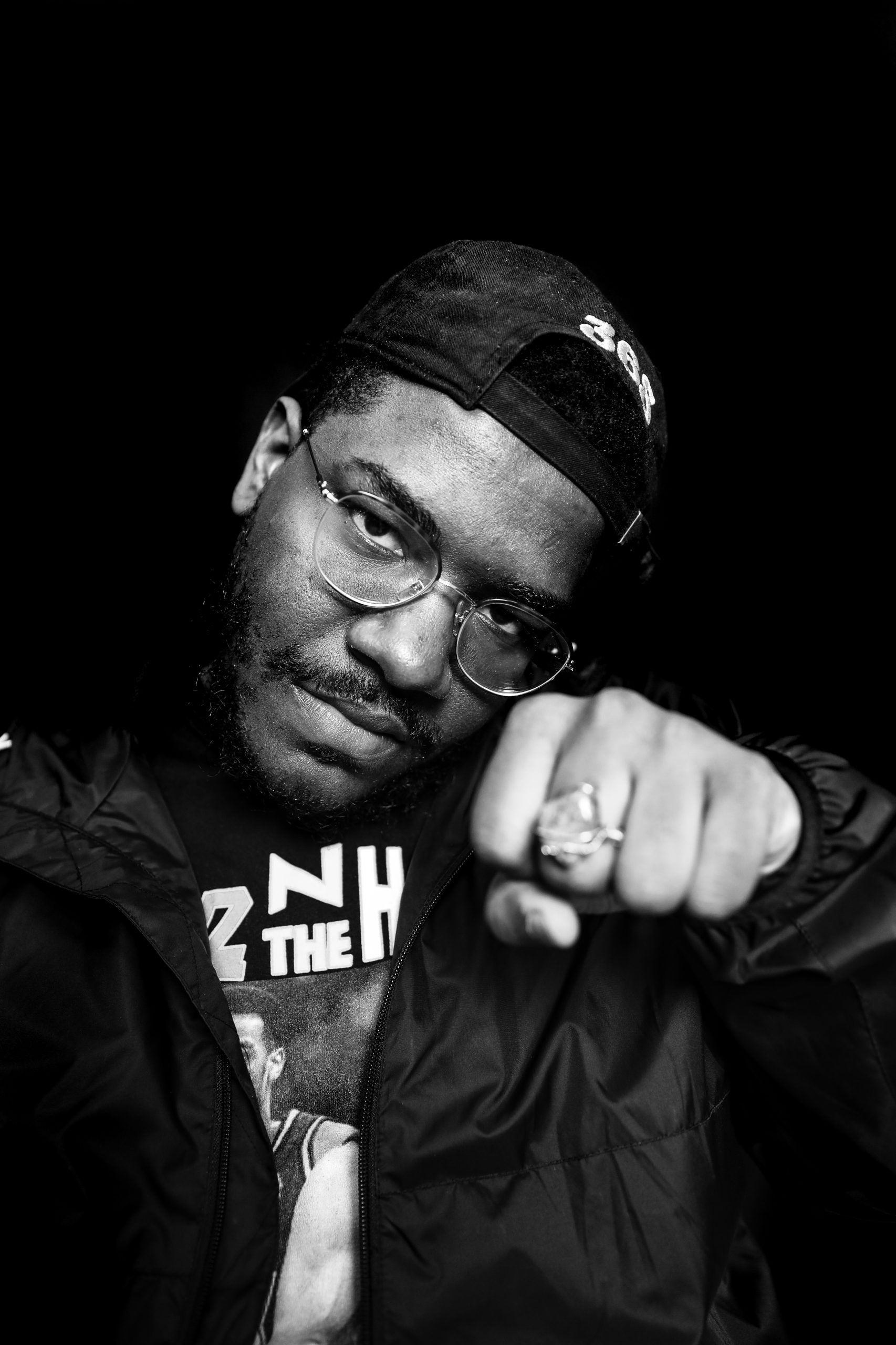 What does [the term] Black Wall Street mean to you?

Dr. View: Greenwood was the closest to the motherland in America that we’ve ever had. So we have to start acting like the kings and queens that we say we embody. If you’re gonna be a king or a queen, move like it. And that’s what we’re doing [in Tulsa]. All the internal stuff that we’ve got to deal with personally like going to therapy, taking care of our bodies, understanding our history, becoming more in tune with our artistry. We’ve got to do [all] that individually. And when we [Black people] collectively come together and we’re all doing that; No one will be able to negate who we are. It took us 100 years to wake up but we’re here. And we hope that will inspire other Black Wall Streets. And not just Black Wall Streets —white people too.

As the centennial approaches, what would you tell the ancestors? Or what do you think they would say?

Dr. View: For us, Fire in Little Africa is probably the most beautiful light that the centennial events will have for this year. Because we’ve done it the right way. People truly put their egos to the side. And I think the ancestors are like ‘well done, we needed ya’ll to tell the story’ in which we did. So, that would be my response. They’ve been talking to us from the jump ever since this was something that myself, Steph, and others articulated and verbalized into the atmosphere.

The Truth About The Attempts To Assassinate Queen Elizabeth
World News