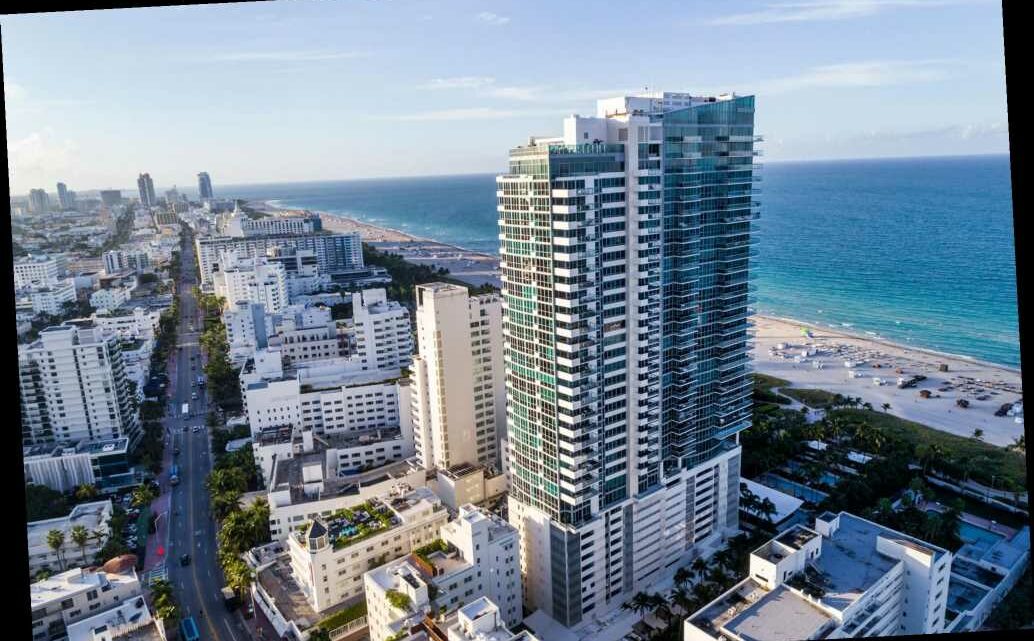 Ivanka Trump hits the beach with her family in Miami

Clive Davis bumps into Patti LaBelle while out in Miami

There was a major hubbub at Miami’s ultra-luxe Setai hotel Friday, we’re told, after a fire sent billionaire guests “fleeing for their lives.”

Officials tell Page Six it was only a minor incident that was speedily handled. But sources on the scene say guests were terrified by what felt like a much more frightening event.

We’re told a small electrical fire on the 19th floor set off sprinklers and alarms in the building, and emergency services hurried to the scene.

Among the guests making for the exits was famed divorcée Libby Mugrabi, who we’re told ran down 35 flights of stairs with her two dogs, Tiny and Bear, and her 11-year-old son.

Libby told friends that “there was screaming and smoke in the stairwells,” and that it felt like, “9/11 all over again.” They added, “She felt she was fleeing for her life.”

Onlookers say that Mugrabi was wearing only a red bikini as she made her escape bid.

Meanwhile, sources say the billionaire daughter-in-law of a famous New York designer was also seen heading down the stairs with her 8-month-old baby in her arms.

“It was a small electrical fire on the 19th floor that was put out very quickly and we did not even evacuate the building,” a spokesperson for the City of Miami Beach told us.  “No flooding. The sprinkler went off but the fire department got there quickly and turned them off.”

We’re told that other regulars at the hotel include Anne Hearst and Jay McInerney and Blaine Trump. There was nothing to suggest any of them were involved in Friday’s fracas.

Calls to the Setai on Friday went unanswered.