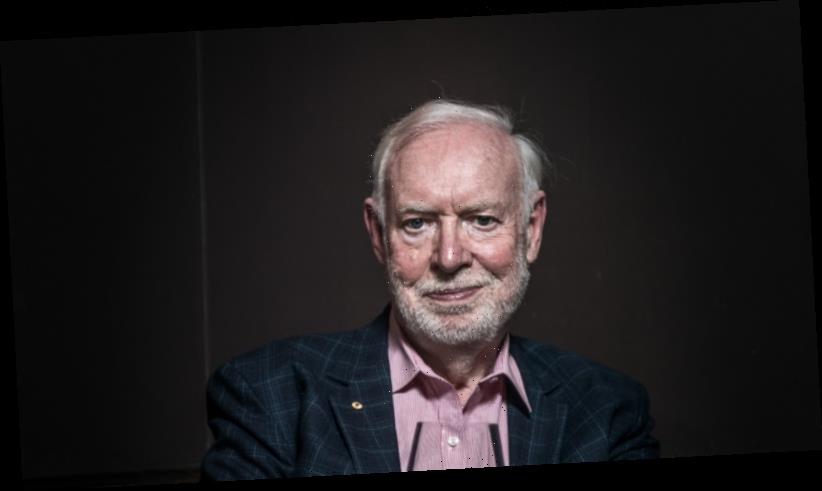 Film critic and anti-censorship campaigner David Stratton has attacked the Melbourne International Film Festival for its "craven response" in dropping a movie that features an adult man in an implied sexual relationship with a young android girl after it was accused of “normalising sexual interest in children”.

Writing on the blog Filmalert101, Stratton – a critic for The Australian, former co-host of The Movie Show on SBS and At The Movies on the ABC, and former director of the Sydney Film Festival – slammed MIFF for dumping the Austrian movie The Trouble With Being Born from this year's online-only program after concerns were raised by two forensic psychologists. 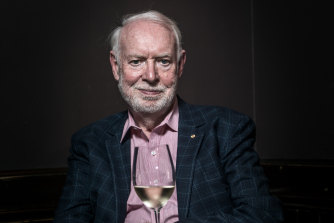 David Stratton has accused MIFF of a “craven response” in the face of criticism of a controversial film.Credit:Justin McManus

Dr Karen Owen, a former manager of Corrections Victoria's Sex Offender Programs, last month said she was so disturbed by the film she ceased watching it and deleted the link, adding that because the festival was an online event this year, “without question [the film] would be used as a source of arousal for men interested in child abuse material”.

As director of the Sydney Film Festival, David Stratton and his Melbourne compatriot Erwin Rado fought a battle against censorship between 1966 and 1971 that ultimately resulted in the major film festivals being given a significant degree of freedom to show explicit material to an audience of consenting and informed adults.

"It was a struggle and it was painful but in the end we were given freedom from censorship," Stratton wrote in the post published last week.

That work was now in danger, Stratton wrote, because of MIFF's decision.

"If, in the future, the Government wants to censor a festival film, the festival will no longer be in a position to protest. They've done it to themselves."

Tom Ryan, former film critic for The Sunday Age, was similarly scathing, writing a day earlier on the same forum that the festival was guilty of "meekly acquiescing in the face of a potential controversy".

Labelling it an "appalling turn of events" and "a truly shocking scenario", Ryan said: "A film that was selected by [artistic director Al Cossar's] team, approved by the programming committee, and passed by the Australian censor was then withdrawn because of what two psychologists who either hadn't seen the film or had only seen part of it had to say about it."

Adding to the heat on the festival, Melbourne film critic Peter Krausz has written in protest to the International Federation of Film Critics (FIPRESCI).

"Absolutely disgusting case of censorship. This decision should be overturned immediately," Krausz wrote. "Someone selected the film in the first place and deemed it suitable, so why this ridiculous decision, which flies in the face of freedom from censorship of film festivals and the history of MIFF?"

In announcing the decision to dump the film on July 30, MIFF artistic director Al Cossar said "the safety and wellbeing of the MIFF community and the broader Australian public is the festival's paramount concern. While the Australian Classification Board had cleared the film to screen in this year's festival, we have decided to remove the film."

Film festivals are generally granted a blanket exemption from classification, and are permitted to screen films to an audience aged 18 and older. 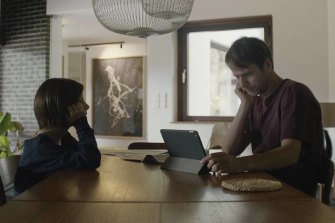 The android child in Sandra Wollner’s film The Trouble With Being Born is played by the pseudonymous ‘Lena Watson’. ‘Papa’ is played by Dominik Warta.

That means they can avoid submitting individual titles for classification, a costly and time-consuming process that is usually paid for by the local distributor of movies deemed to have commercial potential beyond the limited life of a festival. However, festivals are not permitted to screen any film that would likely be classified X18+ or RC (refused classification). It is also a requirement that festivals provide details of any scenes that would likely be classified as M or above.

In a written response to questions from this masthead, MIFF said a general description of The Trouble With Being Born was provided to the Classification Board, alongside notes "describing the impact elements of the film" and the fact that a child actor was used in its production.

Had the Board found anything troubling in this, it could have granted the festival a general exemption while deciding "to not provide exemption to individual films within the provided submission".

But the Classification Board did not ask to see the film before granting the festival a blanket exemption.

"Unclassified films do not need to be watched by the Classification Board prior to them being screened as part of an approved film festival," a Board spokesperson said.

"In regards to …The Trouble with Being Born, the applicant recommended an R18+ age restriction be applied as per the application process. This was accepted by the former director [Margaret Anderson, whose term expired on July 24]."

In a statement issued on Monday, MIFF responded to the criticisms by saying its decision to drop the film was "taken not in censorship but in sensitivity to the specific environment where there is an online delivery, within the landscape of lockdown, where screening conditions cannot be controlled to the same degree as they are during an on-site festival – a context where we have control over location, timing, physical security and access to the film, which can also be further contextualised with the director's in-person attendance."

MIFF said it "has not shied away from presenting confronting work in the recent past, and will continue to champion cinema which exists far from the mainstream and the multiplex.

"We are disappointed to not present this work within this year's MIFF, however, during a time like this, we believe it is imperative to listen to the perspective of health experts."

The Melbourne International Film Festival runs until August 23 at 2020.miff.com.au. The Age is a festival media partner. Follow the author on Facebook at karlquinnjournalist and on Twitter @karlkwin