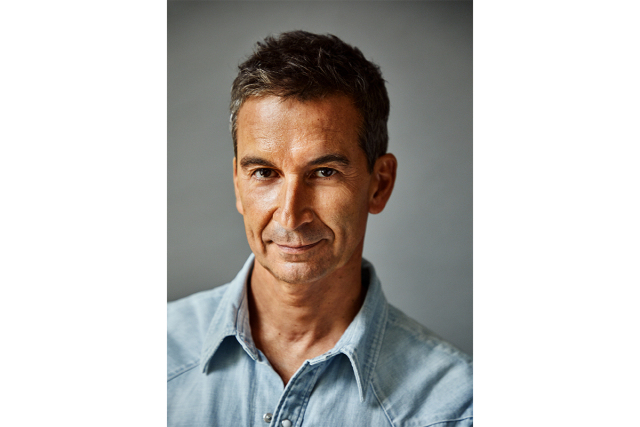 “Technology can help the planet,” said Federico Marchetti in a wide-ranging Q&A discussion that shined a light on just how much data Yoox Net-a-porter Group has stored in its digital coffers, how it plies that data into pricing, fashion forecasting, and app-making — and how it tries to use it as a force for good.

Marchetti was an early adopter of tech, data and e-commerce, founding in 2000 what was then a groundbreaking company, Yoox. He became chief executive officer and chairman of Yoox Net-a-porter Group, YNAP, which is owned by Compagnie Financière Richemont.

In a few weeks, Marchetti will hand over the ceo title to Geoffroy Lefebvre, group digital distribution director at Richemont, although he will remain chairman of the mega-group that comprises the Yoox, Net-a-porter and Mr Porter platforms with a combined 4.3 million customers.

Marchetti, in a conversation with WWD Milan bureau chief Luisa Zargani, talked about his latest adventure in digital data, The Modern Artisan, a collaboration with The Prince’s Foundation, the educational charity founded by Prince Charles.

As part of the project, YNAP gave a group of Italian fashion students and young British artisans access to YNAP’s formidable photo and data archive and asked them to produce a capsule collection of timeless pieces, which debuted last month on Net-a-porter.

Nearly half of the collection — which features such cool classics as a pleated organic silk shirt with ribbon ties at the wrist, checked cashmere wide-legged trousers and a double-breasted merino wool and cashmere blend coat — sold out within 48 hours of the launch, with all proceeds going to the Prince’s Foundation.

The students and artisans had access to 36 million pictures and YNAP’s data center for AI and virtual try-on research, which Marchetti said was the largest of its kind in the world. He added that he was proud to have united the worlds of data, technology, craftsmanship and sustainability in the project.

“It is the synthesis of my work for the past 20 years, and could be a blueprint for the future of fashion,” said Marchetti.

Thanks to the data and a host of interactive tools provided by YNAP, he said the young trainees were able to mine information on customer shopping trends, and best-selling styles and shapes over the past five years. The students and artisans used the YNAP data and algorithms to come up with the right sizes and styles of garments, thereby avoiding waste.

Marchetti said he sees data not as a limitation on creativity and design, but as a tool to help designers cater to, and predict, customer tastes and preferences. “It’s always better to know — than not know — what the customer thinks,” he said. “This is why data is playing a more and more important role for creatives in the fashion industry, and why it can aid artisans and the sustainability effort.”

He’s not stopping there: The teams at YNAP and The Modern Artisan will be plumbing the data in a similar way with the in-house labels, 8 by Yoox and Mr P by Mr Porter, “to make the perfect collection of essentials,” said Marchetti.

“We were born with data. We are a data company, and we are very focused on using data with the ultimate aim of satisfying the customer,” he said.

From the get-go, Yoox used data — and a powerful set of algorithms — to set pricing strategy. Because Yoox was selling off-season merchandise, it could set its own prices, “so we were setting about 80 million prices every season,” he said.

Marchetti has also pressed YNAP’s data and algorithms into many other projects, including his latest pride-and-joy, the Yoox Mirror, an AI-powered app that allows customers to dress digital avatars of themselves. He said it took a long time for the research and development team to get it right, and it finally launched two months ago.

“It has become the most used feature, ever, across all of our platforms,” he said, adding that there are more AI and virtual reality updates to come that could make it “an even bigger success.”

YNAP is also working on a digital ID system for Mr P merchandise that will launch in the near future on Mr Porter.

Items will come with a QR code that customers can scan with a mobile phone to reveal details such as materials used, the story of the artisan and how to care for, and repair, the item. Marchetti said he was proud of the advances in “transparency and technology” that YNAP was making and added that the QR code was only the beginning.

As for his own future, Marchetti demurred when asked about his plans post-YNAP.

He said he was leaving YNAP, now the largest player in luxury e-commerce, with “strong, solid foundations” and that it was a “fitting moment to start to hand over.” Indeed, he said a smooth handover is the most important thing to him right now.

“I love this company and I care so much about it. It’s my child, in a way, so my number one priority is to  ensure the transition is successful. I am fully committed to making it successful — and then we’ll see.”

Whatever happens in 2021, Marchetti won’t be straying far from luxury fashion. In July, he confirmed he was joining Giorgio Armani SpA as an independent, non-executive director of the board. He is the first nonfamily member to be a member of the board.

Marchetti and Armani go back a long way: Armani was one of the first designers in Italy to embrace online retailing, launching an Emporio Armani online flagship store with Yoox Group in 2007 in the U.S.

In 2011, the designer revealed he would also launch an armani.com store with Yoox, offering collections from Giorgio Armani, and various other collections within the stable of brands.