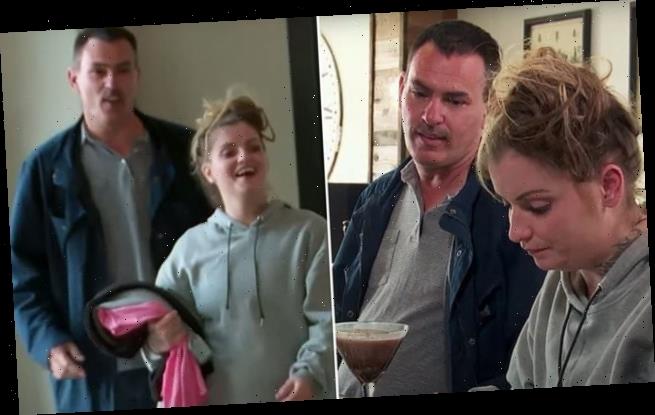 Father-of-six reveals he's been lying to his felon girlfriend

Awkward! Father-of-six who fell in love with a FELON he met online admits he’s been LYING to her about a family secret – just as she gushes about him having no bad qualities

A father-of-six who met his felon girlfriend for the first time on the day she got out of prison has admitted that he is actually the one who is keeping a shocking secret.

Shawn, 45, from Las Vegas, Nevada, fell for his new love Destinie online, but he never saw her in person because she felt she had gained too much weight. His ex feared he was being catfished, but it turns out, he’s the one who isn’t being honest.

In a preview clip from Friday night’s episode of the We TV reality series Love After Lockup, Shawn is getting ready to meet Destinie’s sister and mother for the first time, but it seems as though he might not have been as forthcoming about his is own family. 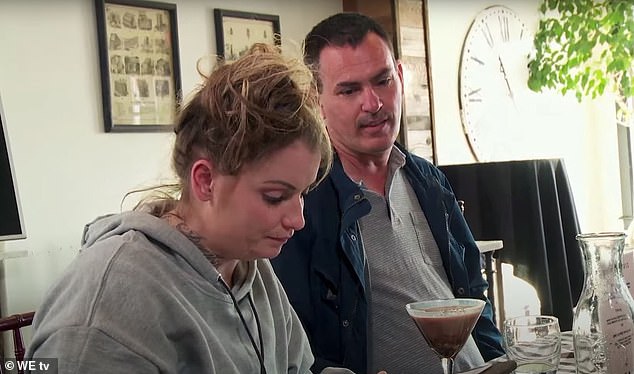 Lying game: Shawn admits he is keeping a shocking secret from his felon girlfriend on Friday night’s episode of Love After Lockup 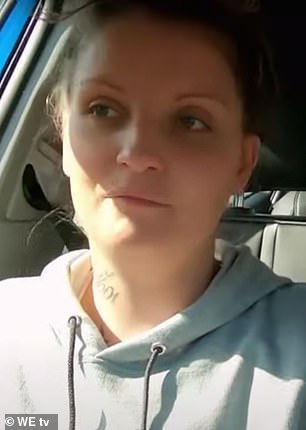 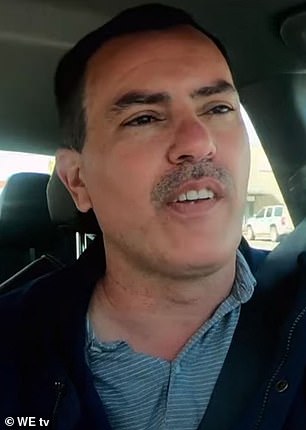 Warning sign: When Destinie mentions meeting his family, he gets uncomfortably silent

Shawn is driving them to the restaurant where they are meeting them as Destinie nervously does her makeup in the passenger’s seat. She says she hasn’t seen her mom in a little over three years.

‘She’s not even going to recognize you, huh?’ he asked, pointing out Destinie’s apparent weight gain.

‘Not with all this weight, no!’ she hit back.

Destinie admits in her testimonial that she is ‘very nervous’ to have lunch with her mom and sister because her mother ‘has no filter’ and can ‘be very mean sometimes.’ However, she’s confident they will approve of Shawn.

‘I think that Shawn is that kind of person that everybody would just love,’ she says. ‘I don’t think he has any f***d up qualities about him, so I’m not too worried about that.’

While they’re chatting, Shawn says it’s ‘going to be very nerve-wracking’ for him to meet her mom and sister after only talking to them a couple of times on the phone.

‘Well, you don’t think it’s going to nerve-wracking for me when I meet your family?’ she responds, and he doesn’t have an answer for her.

‘There are a few things that I haven’t told Destinie,’ he explains in his testimonial. ‘I’m very p****d at myself for letting it go this far and get out of control when I could have just told her because she’s probably going to understand.

‘But the problem is, it just got so far out of hand, I just didn’t stop it when I should have.’

Shawn doesn’t reveal what secret he is keeping from her, but it seems likely that he never told her he has six children. It’s also possible his parents don’t know about her. 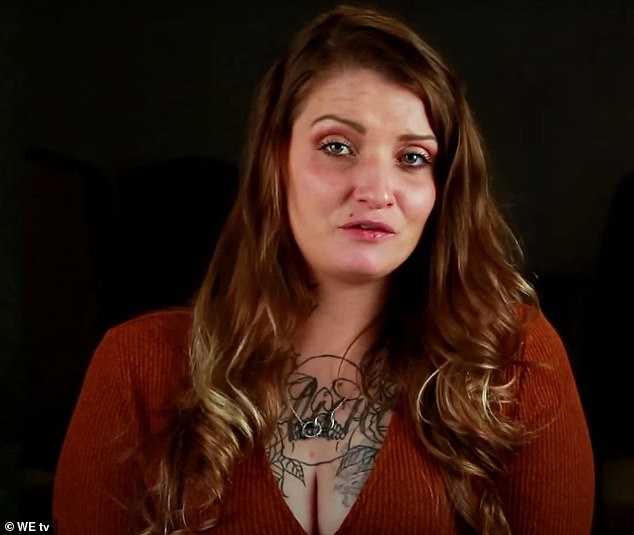 Oh no: At the same time, Destinie is telling the cameras that she doesn’t think Shawn has any ‘f***d up qualities about him’ 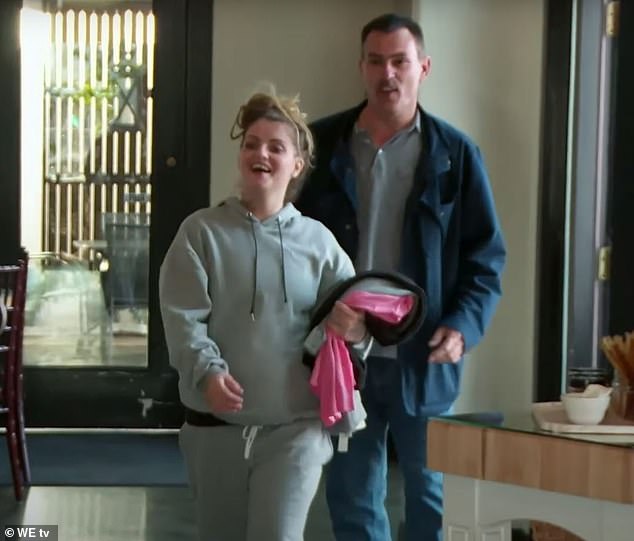 Reunion: Shawn is with Destinie when she goes to see her mom and sister for the first time since she has been released from prison 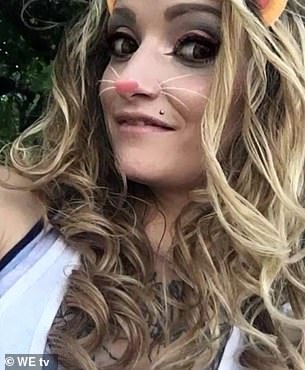 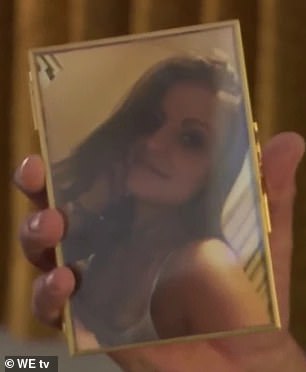 Changes: Before picking her up from jail, Shawn had only ever seen photos of Destinie (pictured), who wouldn’t let him visit her because she put on weight while in prison

When they arrive at the restaurant, he leans in and gives Destinie’s mom Denise a big hug as they exchange pleasantries.

Denise compliments her daughter’s appearance, but she just shrugs it off.

‘I feel fat,’ she says as they sit down.

Destinie’s sister Britnie wants to know what it was like when she and Shawn saw each other in person for the first time, and they both agreed it was more natural than they had expected.

‘I don’t think it’s really hit me yet. It’s too good to be true,’ she says of being out of prison and with Shawn. ‘Like what’s next? The cops are gonna come get me and the next thing I know I’m going back.’ 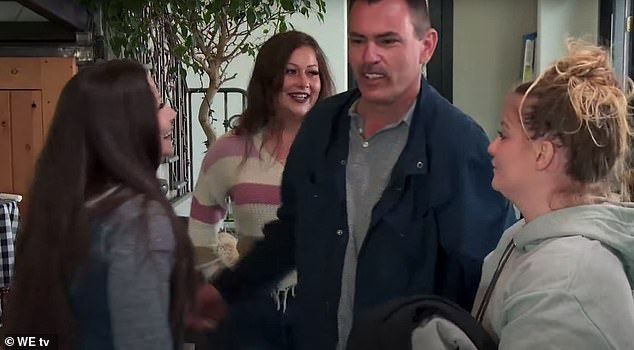 Natural fit: Shawn happily hugs Destinie’s mom even though he has only spoken to her a few times on the phone 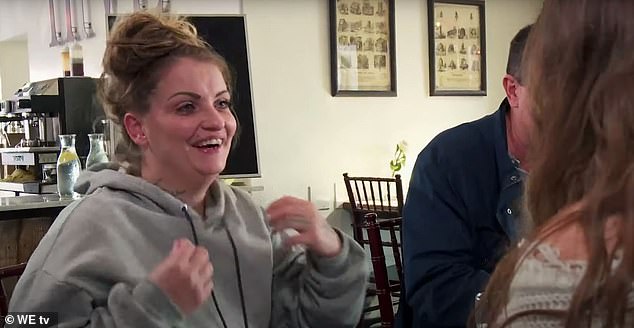 Happy: ‘I don’t think it’s really hit me yet. It’s too good to be true,’ Destinie says of being out of prison and with Shawn

The table bursts into laughter when a police officer walks by their table right at their moment. While they all appeared to be in good spirits, Denise was admittedly emotional about seeing her daughter after so long.

‘Destinie’s been my hardest child and at some point got angry, so I quit talking to her because of something she did and said,’ she recalls in her testimonial.

‘I should have never done that, probably. You know, I walked away from her.’

However, mom isn’t willing to take responsibility for Destinie being a felon.

‘I’m not gonna blame me for why she is a criminal because I’m not a criminal,’ she notes. ‘I know she wants to do good, and I hope she has it in her. She’s got a whole life ahead of her.’