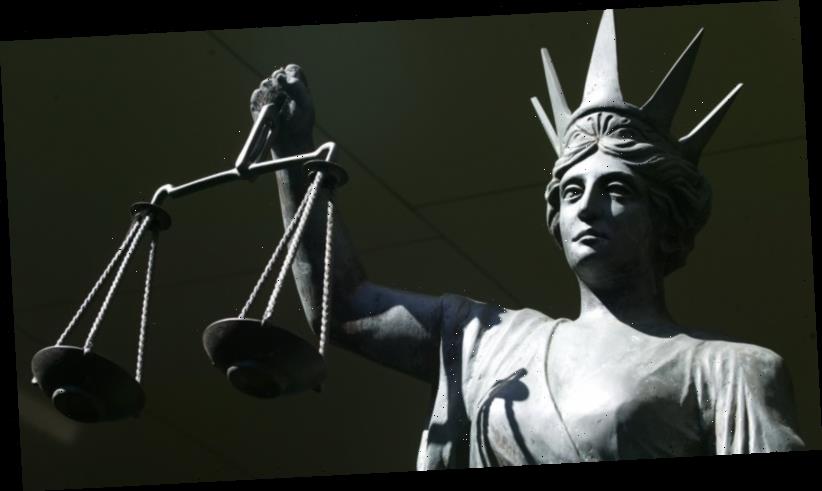 A man who inflicted terrible injuries by shaking his baby daughter, and then tried to pin the blame on his partner, has been jailed for 14 years.

The girl was six weeks old when on June 10, 2016, she suffered a fractured skull, bleeding on the brain and fractures to her legs, ribs and right wrist.

Her father denied hurting her in the hour they were together at their home in country Victoria, but County Court judge Mark Taft said it was most likely the father had used ice that day, and woke and violently shook and bashed the baby.

The man, who cannot be named for legal reasons, has a long history of violence and drug use but told police he was a protective father, and that it was his partner who was a danger to their children. He claimed his partner injected him with ice while he was asleep.

"That you inflicted life-threatening injuries on a vulnerable six-week-old baby in your care is truly terrible," Judge Taft told the man on Wednesday in ordering he serve at least 11 years in jail.

"Your offending is particularly grave. It demands denunciation. You have a wretched history of inflicting violence on others and specific deterrence looms large when sentencing you."

Now nearly four, the girl has problems with her hearing, speech and one eye but her recovery has been better than expected. Her foster mother told the court it was months before the girl smiled, laughed or cried.

"She learnt if she cried we would pick her up, she would be cuddled, fed, loved. She learnt to trust us," the foster mother said.

"She learnt to smile. That first smile was worth all the tears and silent months there had been. That smile was our ray of sunshine, our hope her brain was slowly starting to heal."

The girl's parents were both ice users, the court heard, and after a family violence incident in May 2016 – when the father lunged at his partner with a knife – the Department of Health and Human Services had the partner's brother and his girlfriend move in.

But the brother and girlfriend were also ice users who helped hide the father while he was wanted by police over the knife incident.

The jury heard the father didn't believe the baby was his, and told the girlfriend he hated the baby.

In sentencing, Judge Taft said the man's history of family violence, assaults and other crimes – which include jail terms for burning down a man's house and sexually assaulting a 13-year-old girl – showed he had a propensity for outbursts of uncontrollable anger.

He endured an abusive childhood and has been diagnosed with schizophrenia and borderline personality disorder, but Judge Taft found there was no connection between his mental-health problems and his crimes.

Instead he posed a danger to the public and his prospects for rehabilitation were bleak, the judge said.