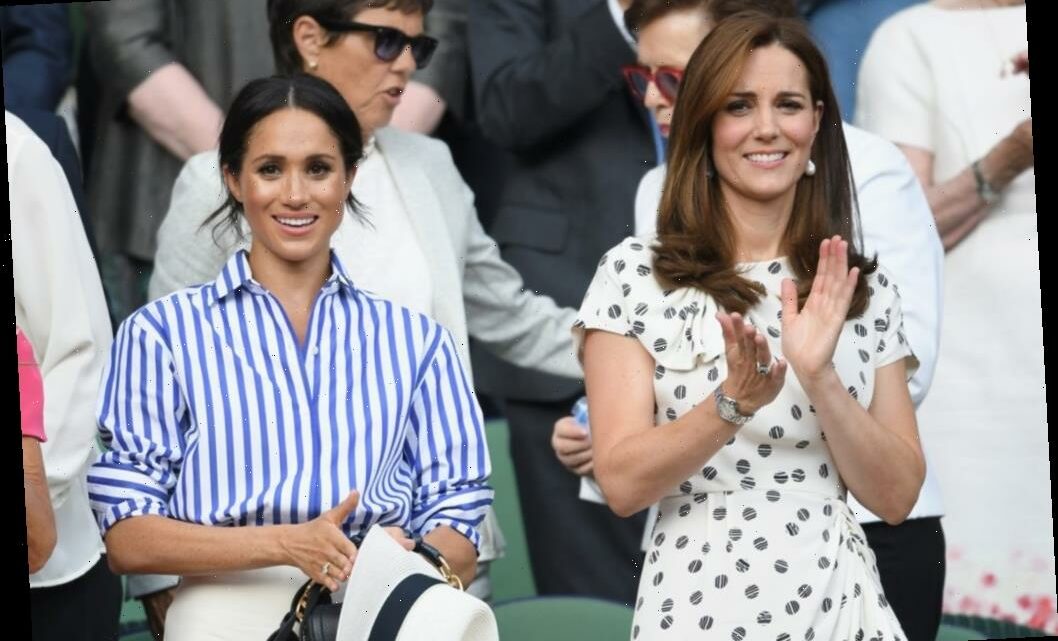 When Meghan, Duchess of Sussex started dating Prince Harry in 2016, she began receiving a lot of negative press. Even after marrying Harry and having a child, the criticism and false rumor reports continued to pile on for Meghan.

Meanwhile, many people have noticed the stark contrast between the media coverage Meghan receives compared to Catherine, Duchess of Cambridge. The press often seems a lot kinder to Kate and is not quick to be negative about her.

There have been speculations about why there is such a huge difference between how Meghan and Kate are portrayed in the media, and fans recently pointed out one overlooked factor.

50 years ago, women in Britain won the right to equal pay. That monumental moment began with one courageous and inspiring group of women in a factory in Dagenham, England. In 1968, facing a pay settlement that declared them less skilled than men, the sewing machinists of the Ford Motor Company walked out on strike. In the face of great pressure, they stood firm, and two years later the UK Parliament was forced to pass the Equal Pay Act, protecting and supporting working women ever since. To mark International Women’s Day, The Duchess of Sussex visited Dagenham to meet with Geraldine Dear, one of the strikers, and spend time with students at the Robert Clack Upper School to meet the town’s next generation of female role models, and talk to young women and men about the women who inspire them. • “Being in Dagenham is incredibly profound. Because as you can see with Geraldine and the other women who had the strength to really stand up for something that they knew needed to be done. This is the best example of no matter how small you might feel, how low you may feel on the ladder or the totem pole, no matter what colour you are, no matter what gender you are, you have a voice, and you certainly have the right to speak up for what is right.” – The Duchess of Sussex A lifetime advocate and campaigner for gender equity, The Duchess joined a special assembly to celebrate this remarkable local story, as well as recognise the social, economic, cultural and political achievements of all women around the world. #InternationalWomensDay #IWD2020 #EachForEqual Photo © The Duke and Duchess of Sussex / Chris Allerton

Since Meghan is a biracial woman with a Caucasian father and African-American mother, racism has been cited by many as a reason for the negative articles written about her.

This is not far-fetched, of course. For example, when Meghan first started dating Harry, some British news outlets called Meghan “straight outta Compton” despite the fact that she is not from that city.

Reports like these led Harry to issue a statement condemning the racist attacks Meghan was receiving in the press. “His girlfriend, Meghan Markle, has been subject to a wave of abuse and harassment,” the statement read. “Some of this has been very public – the smear on the front page of a national newspaper, the racial undertones of comment pieces, and the outright sexism and racism of social media trolls and web article comments.”

In 2019, Meghan’s friend, Priyanka Chopra, also talked about the duchess in an interview. Chopra revealed she believes Meghan has been the subject of racial abuse.

“Of course it has to do with racism, it’s an obvious reason,” Chopra told The Sunday Times. “But the beauty of Meg is that she’s been herself through all of this. A lot of people got to know her after everything [once she started dating Harry], but I knew her before and she’s the same chick.”

Since Meghan’s sister-in-law, Kate, is not a woman of color, she has not been subjected to the same negative press with “racial undertones” like Meghan. Compared to Meghan, Kate’s media coverage has been generally positive, at least in recent years.

RELATED: There Is Reportedly a Lot of ‘Jealousy’ and ‘Competition’ Between Royals

While many fans think racism plays a role, they also point out that “time” is a factor as well. Kate has been in the press since she started dating Prince William in the early 2000s, and she used to receive negative coverage as well. However, things have changed quite a lot over the years.

One fan wrote on Reddit, “IMO the only variable that changed Kate’s press was time. There were so few positive things said about her, until she married. Even after that short happy period, there came a new series of insults about working and holidaying and all that. Basically, we are now at the point at which all bad things that you could possibly say about her have already been said (or wildly extrapolated into so many ridiculous stories).”

Some fans also pointed out that Kate not responding to the negative press probably did help her as well, since a reaction could incite more reports about her.

Based on this evidence, it seems likely that the longer Meghan is in the public eye, the more positive her coverage could get. A scandal might be a setback for her image, but if Meghan continues showing a positive side of herself to the world, things could change for her.