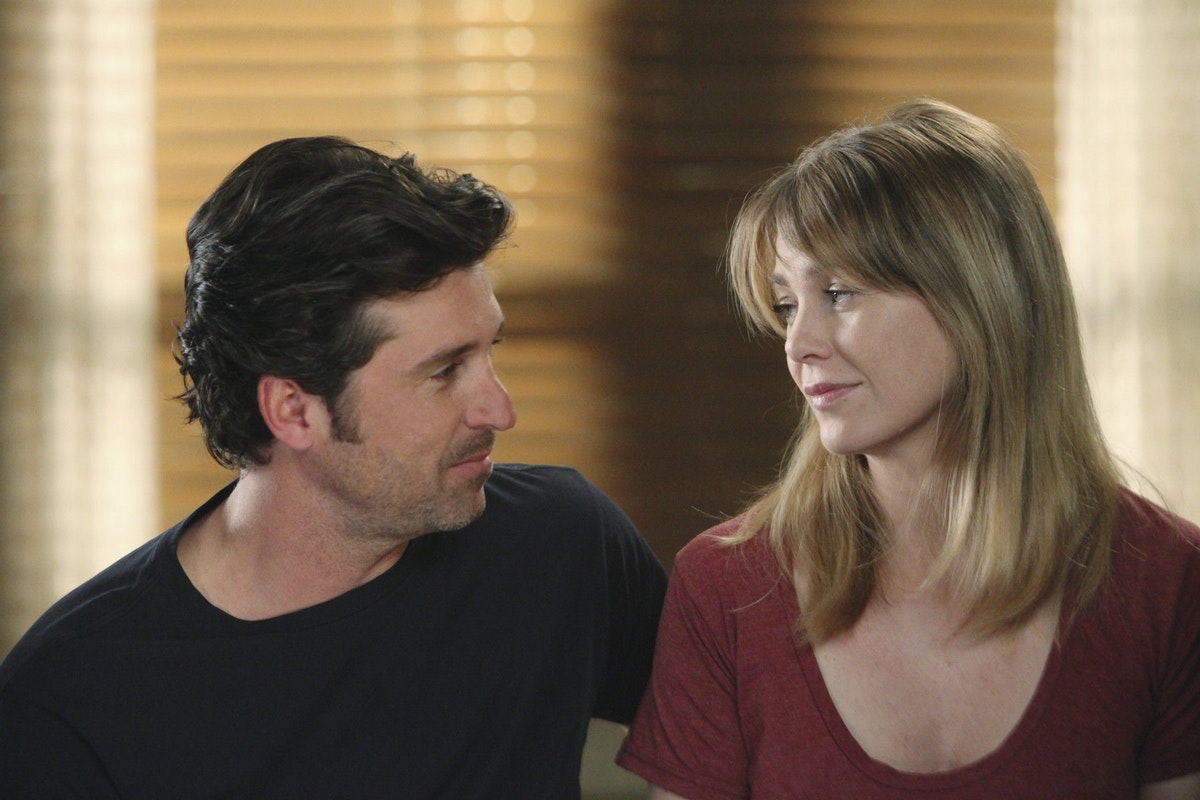 Shortly after Grey’s Anatomy returns from its winter hiatus, it will pass ER‘s record to become the longest-running primetime medical procedural in medical history. That is a lot of episodes. It would take you 14,625 minutes to watch every Grey’s Anatomy episode back-to-back, assuming an average length of 45 minutes; or almost 250 hours; or over 10 straight days of screen time, with no breaks for eating food, using the bathroom, or sleeping.

At 325 episodes as of the winter finale (only six shy of ER‘s 331), any decision to re-watch the landmark ABC series would be a commitment on the scale of, say, starting a new job or getting married. Even the most diehard Grey’s fan may balk at such an undertaking, and understandably so. But 15 seasons is still a lot to be expected to remember, especially with all the other Peak TV consumption going on these days.

So instead of re-watching a decade-and-a-half’s worth of television — or even combing through backlogs of length recaps, I present to you every season of Grey’s Anatomy boiled down to one, succinct sentence. They may not hit every single high and low of the series, but I hope it at least captures the overall spirit of things.

Five interns enter the seriously competitive world of surgery, meet their seriously McDreamy attendings, and have lots of seriously steamy sex in on-call rooms — until Meredith & Derek’s tryst is cut short by the untimely arrival of Addison.

Meredith and Cristina become each other’s persons, the hospital weathers a nasty train crash and bomb scare, Izzie falls in love with a patient who dies, and her fellow interns Spartacus themselves to save her… but she quits anyway.

Meredith almost drowns, Callie and George get married, George and Izzie have sex, George fails his intern exam, Burke leaves Cristina at the altar, Meredith breaks up with Derek, everyone cries, very sad.

Cristina gets stabbed by an icicle but also gets a dreamy new army boyfriend named Owen, Mark and Lexie start hooking up, Izzie has sex with a ghost but then finds out she has a brain tumor, Meredith and Derek decide to give Alex and Izzie their wedding, but then Izzie and George flatline at the same time because of cancer and buses.

Izzie survives cancer but then kills someone and gets fired anyway; Seattle Grace merges with Mercy West and we get lots of new characters, some of whom we love (Jackson and April) and some of whom we hate (Charles and Reed); Cristina finally gets a new mentor in Teddy Altman, Richard gets fired for drinking ,and Derek becomes chief but then a grieving husband shoots up the hospital killing only the characters we hate.

In the aftermath of the shooting, Cristina and Owen get married, Teddy falls in love with her patient, Arizona leaves Callie to go to Africa, Callie gets pregnant with Mark’s baby but then Arizona comes back and proposes, and Meredith messes with Derek’s Alzheimer’s trial to help Richard’s wife, Adele; oh also all the doctors randomly broke out into song for a whole episode, that was weird.

A sinkhole opens up in Seattle and also in our doctors’ lives: Richard takes the fall for Meredith, Teddy’s dreamy husband dies, Cristina and Owen break up after she terminates her pregnancy, and half the doctors are in a plane crash that kills Lexie and traumatically injures Arizona, Derek, and Mark.

Mark also dies from his injuries (RIP McSteamy) and the rest of the plane crash survivors reach a massive settlement that allows them to buy the hospital; meanwhile, Alex meets an intern named Jo, April gets engaged to a paramedic, Meredith gives birth during a storm, and Richard gets electrocuted, dun dun DUNNNN.

Surprise, Richard survives but intern Heather dies instead (we barely knew ye), April and Jackson elope during April’s wedding, Derek gets a job working for the President, Cristina is offered a job in Switzerland by Burke and leaves Seattle forever and Grey’s Anatomy was never the same I’m still in mourning please respect my privacy during this time.

The one where Derek dies (also Meredith finds out she has a half-sister, April and Jackson’s baby dies, and Calzona breaks up, but mostly Derek dies).

Callie dates the doctor who killed Derek and is so embarrassed she leaves town; April and Jackson break up but also get pregnant; Bailey becomes the chief; the writers decide Meredith should move on with a cut-rate Derek replacement; Owen and Amelia get married too quickly.

Owen and Amelia don’t last (plot twist!), Alex almost goes to jail for beating up DeLuca, Meredith is in a boring love triangle with Maggie and Nathan, Minnick does a terrible job of running the hospital and then disappears, Stephanie blows up a rapist and then disappears.

Not-Derek is mercifully shipped off with Owen’s not-dead sister, Amelia gets a brain tumor and is immediately cured, Ben becomes a firefighter and starts a spinoff, Dr. Herman and Matthew return and whisk off Arizona and April (respectively), Alex and Jo tie the knot, and Meredith Grey wins the Harper Avery Award #legend.

It’s the season of love: Meredith is finally in a romance that doesn’t feel like a McDreamy repeat, Teddy is preggers, Owen and Amelia are hooking up again, Maggie and Jackson are on the rocks (which is a net positive in the love department), there are suddenly gay surgeons everywhere… and the winter finale ends with everyone trapped in elevators, which is where we all know the sexiest things go down.

There you go, you’re all caught up on 325 episodes of Grey’s Anatomy. You’re welcome. Now onwards and upwards to the show’s record-breaking 332nd episode! Cheers!