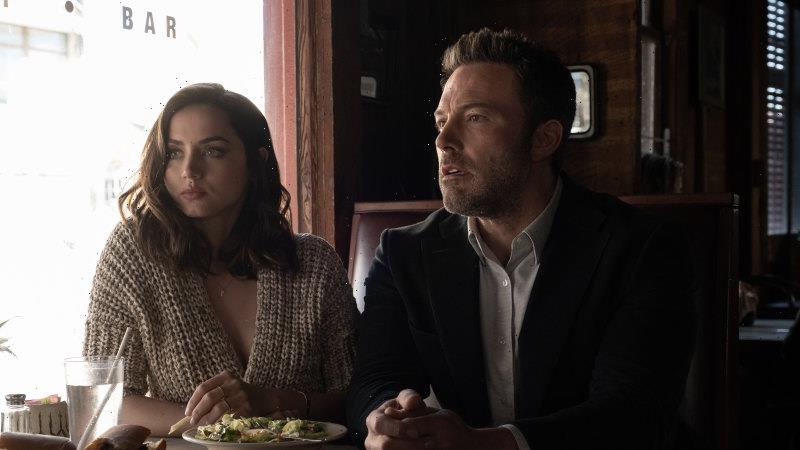 In her lifetime, Patricia Highsmith was considered one of the nastiest women in America – a repressed alcoholic anti-Semite who delighted in upsetting people and creating havoc. Others thought she was fun. She had many lovers, most of them female, but whether she was capable of love, after a horrible childhood, remains a question. 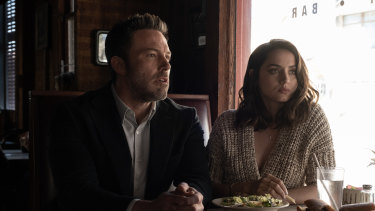 The mean streak shaped her stories. Alfred Hitchcock adapted her debut novel, Strangers on a Train, in 1951 and there have been more than 30 adaptations since then, in film and television.

That’s partly because her plots are ingenious and shockingly, enjoyably amoral. Who else could have written a trilogy about an American serial killer who always gets away with it? Tom Ripley does not kill because it makes him feel good, so much as to advance his lifestyle. He’s an aspirational killer.

Deep Water, from 1957, has been adapted twice, in France and Germany. This version is by the British journeyman Adrian Lyne, now 81, who’s been trying to get it made since 2013. It’s easy to see why the man who made Fatal Attraction, 9 ½ Weeks, Indecent Proposal and Lolita would find this story appealing. It’s about a marriage where murder is part of the (fatal) attraction – although we’re not quite sure if Ben Affleck is the killer.

The setting has changed to New Orleans. Vic (Affleck) has made his millions by designing a chip that helps drones kill people. He lives in a glorious house with his beautiful wife Melinda (Cuban-Spanish actress Ana de Armas) and their clever little daughter Trixie (Grace Jenkins). Melinda is everything a man wants and everything he dreads: sexy as hell, full of fun, but tending towards drunken philandering. She insists she loves him as she takes a succession of lovers. Soon, they start turning up dead.

The marriage in the book is loveless. But Lyne wants this to be more complicated, more passionate. That way he can include more sex and turn the killing into a motivator. Melinda bounces from revulsion – when she suspects her husband is killing her lovers – to sexual heat, when she thinks “he killed for me”.

The idea on which the movie rises or falls is that one: that a woman who suspects her husband of murder would stay with him. Its treatment by Lyne struck me as misogynist horse manure, but that’s just me. Highsmith had a way of making such ideas seem worth pondering.

Lyne made a fortune out of mixing sex and death in the 1980s. He rarely worked with a female screenwriter, but there was a dialogue going on in his films, to do with how women were demanding changes. As silly as Flashdance was, it was on the zeitgeist: if a woman wanted to be a pole-dancing steelworker, it was her choice.

Deep Water feels like titillation dressed up as drama. Both actors bring lots of conviction, but the plot holes keep appearing, to remind us that everything is being pushed too hard.

SXSW Film Review: Antonia Campbell-Hughes’ ‘It Is In Us All’