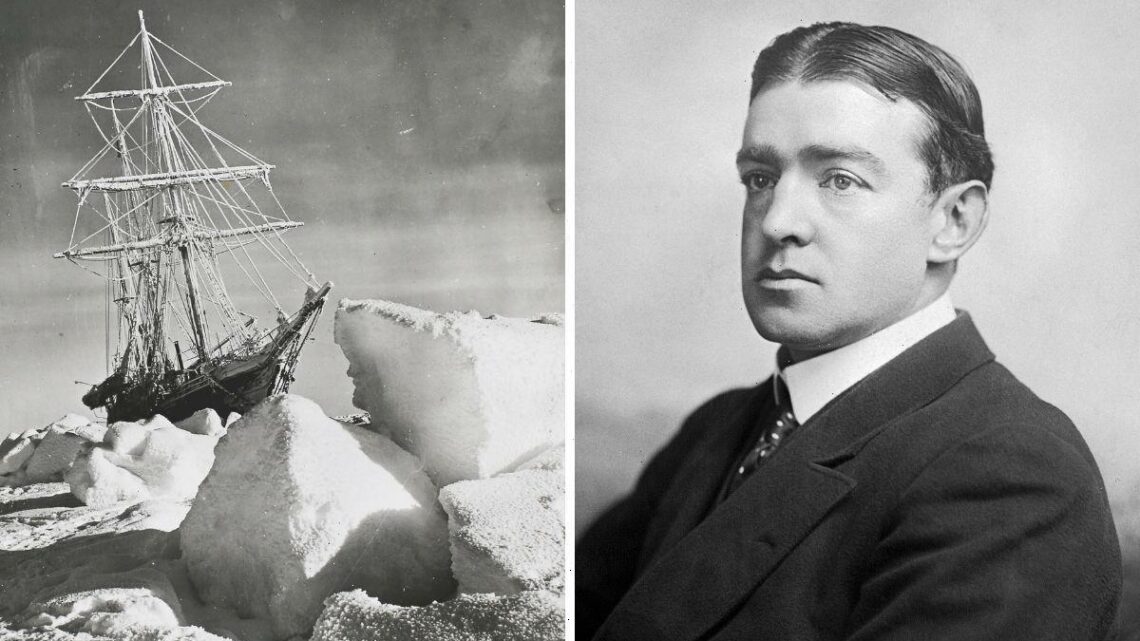 Just over a century ago, Britain and Ireland lost one of its most celebrated figures, Sir Ernest Shackleton, one of the men at the forefront of the world’s “Heroic Age of Antarctic Exploration”. Dying on January 5, 1922, little was known about the Antarctic before he and his rivals travelled to the winter desert 10,000 miles (16,500km) away from the UK. Thanks to his work, Sir Ernest’s place in history has been secured.

His death at the age of 47 shocked the world, and came just 13 years after he was knighted by King Edward VII, a prize in recognition of a successful climb of the Antarctic volcano, Mount Erebus.

While he had remained physically fit into his Forties, it would be Sir Ernest’s body that failed him during another expedition.

His final conversation before death was with expedition physician Alexander Macklin, who later told the world how the explorer had suffered a suspected heart attack.

While leading the Quest expedition of 1921, Sir Ernest became unwell when the party arrived in Brazil’s Rio de Janeiro. Despite suffering a heart attack — unknown to him at the time — he refused a medical examination, and the crew continued on to South Georgia.

It had been hoped that Quest would travel all the way down to the Antarctic, and while the goals of the mission were unclear, a circumnavigation of the icy continent had been planned. One of the missions included taking the first “talking picture” of the location.

Sir Ernest had at the time claimed it could well be his final expedition. Originally, the Irish-born explorer had hoped to head to the mainly unchartered region of the Arctic’s Beaufort Sea, but he instead fronted the Antarctica voyage.

The crew arrived in the South Georgian port on January 4, and in the late hours, Sir Ernest summoned Mr Macklin to his cabin, making complaints regarding his back.

Mr Macklin’s own account heard him tell Sir Ernest that in the days before his complaint he had been “overdoing things”, leading him to suggest that he should “lead a more regular life”.

JUST IN: The secret shame of Ernest Shackleton

Sir Ernest reportedly responded said that Mr Macklin was “always wanting me to give up things,” and, in what would be his final question, asked: “What is it I ought to give up?”

He performed a postmortem and concluded that Sir Ernest’s cause of death was atheroma of the coronary arteries exacerbated by “overstrain during a period of debility”.

Sir Ernest’s body was originally planned to be sent back to England, accompanied by Leonard Hussey, who had spent time with the explorer on the Imperial Trans-Antarctic expedition, though Emily Shackleton, his wife, asked for him to be buried in South Georgia.

In his diary from the time, Mr Macklin wrote: “I think this is as ‘the Boss’ would have had it himself, standing lonely in an island far from civilisation, surrounded by stormy tempestuous seas, & in the vicinity of one of his greatest exploits.”

To honour the anniversary, tonight, BBC Four shows Shackleton’s Cabin at 9pm. It marks the moments after Sir Ernest’s death and how one of the dockers on the boat opted to preserve aspects of the ship, knowing the iconic Irishman had died on it.

Last year it emerged that the Endurance vessel, one of the most popular Sir Ernest had ever worked on, could be raised from the sea following concerns that it would eventually decay in the waters.

The ship was responsible for taking Sir Ernest and his crew as they attempted to become the first to complete a land crossing of Antarctica. It failed, however, instead becoming trapped in dense ice with its entire crew abandoning ship.

According to The Scotsman, the Endurance22 Expedition director of exploration Mensun Bound said of whether they would lift the vessel: “There are a lot of contrasting views about that – we have a range of ideas on that one.

“And we have to remember the Shackleton family, who very likely own the ship, they have fairly strong views of their own.

“Bringing it up – we’ve got to think about conserving it and the process of that, which museum is going to take that, which could take forever and a day.

“But if we leave it there, it’s organic, it’s going to decay some time beyond our lifetime.”