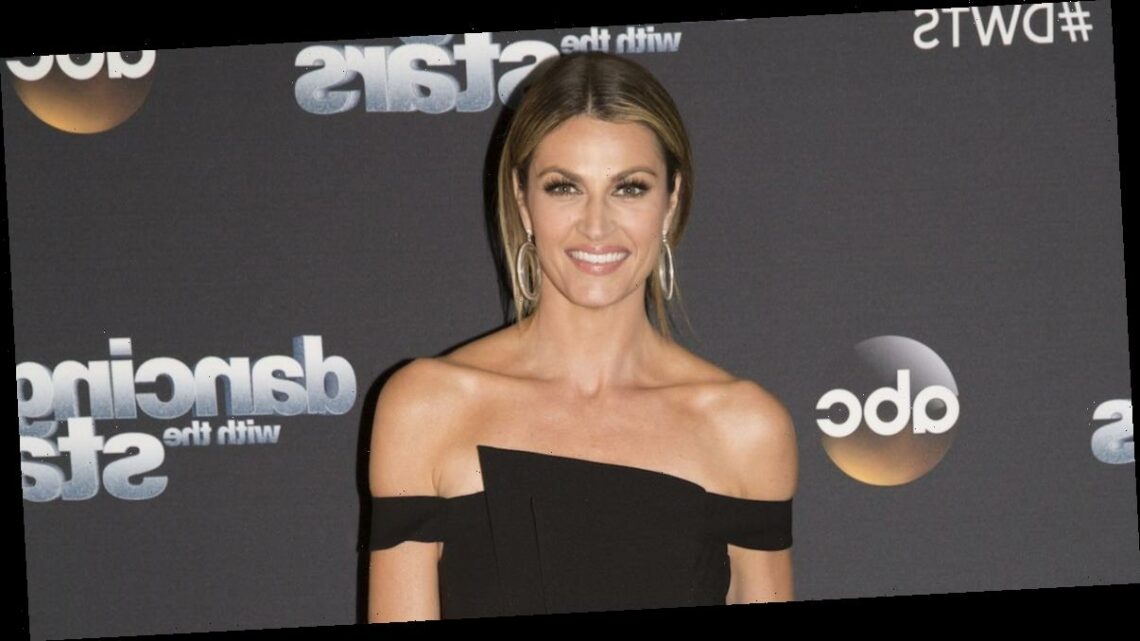 Sharing what happened. Erin Andrews opened up about being let go from Dancing With the Stars ahead of season 29 and how she felt when she found out.

After talking about her busy schedule on the “Token CEO” podcast, Andrews, 42, explained that she now has an opening since she was “relieved” of her “Dancing With the Stars duty.” Although she strongly believes that everything happens for a reason, it wasn’t easy for her to take the news.

“Nobody wants to be let go when it’s not on their terms, but I do think there’s something on the horizon. I’m definitely working my people to find something and put something on the horizon,” the sportscaster shared on the Monday, September 14, episode. “I really enjoyed being in that space and I think I’m somebody that, you know, as much as I do love sports — I’m a fan of a lot of things, reality TV, I’m just a fan of TV and so, I think that’s why Dancing was a great fit for me because, you know, it was live. You didn’t know what was going to happen.”

Andrews added that she’d love to host a game show — “Elizabeth Banks on Press Your Luck right now has my dream job,” she said — or her own talk show with Kevin Hart.

“We mesh, but we are also so different in so many ways. I’m 42, I’ve only been married for three years, we’re trying to have kids, I’m trying to keep this dog afloat and also have a career. So I think that would work so well with Kevin Hart making fun of me, but he won’t listen to me,” the former College GameDay host said. “Apparently he’s got a good thing carved out.”

Pros, Cast and a New Stage! Everything to Know About ‘DWTS’ Season 29

The sideline reporter also noted that she was blindsided with the Dancing With the Stars news.

“I didn’t have much time to deal with it. I got a phone call — we were on the putting green with my dog and my husband — and I got a call that said, ‘You know, so-and-so from ABC wants to talk to you,’ and I was like, ‘Oh, s–t,’ like, this is it,” she recalled. “I felt sorry for myself, and I kind of was like, ‘This is a terrible time to lose my job,’ because we don’t know when live television is coming back. These are hard jobs to get. I was like, ‘Oh no, I’m a loser, this is really bad,’ and then you just start talking to other people from other networks and people that have production groups and they’re like, ‘You’re gonna find something.’ … Yeah, it was a super big bummer.”

That said, Andrews was later able to put things in perspective. “These are the things people go through in their life. Right? And I did remind myself, by the way, there’s people that have such worse stuff going on right now,” she explained. “I mean, give me a break, for me to be that selfish and think, ‘Oh, my God, the world’s ending.’ People have lost multiple people in their families because of COVID.”

‘Dancing With the Stars’ Winners Through the Years: Where Are They Now?

Following the news that Andrews and cohost Tom Bergeron were cut from the show, ABC announced that Tyra Banks will be taking over. Additionally, Len Goodman is unable to return as a judge because he’s located in London, so former pro Derek Hough will be the third judge for season 29.

Dancing With the Stars premieres on ABC Monday, September 14, at 8 p.m. ET.