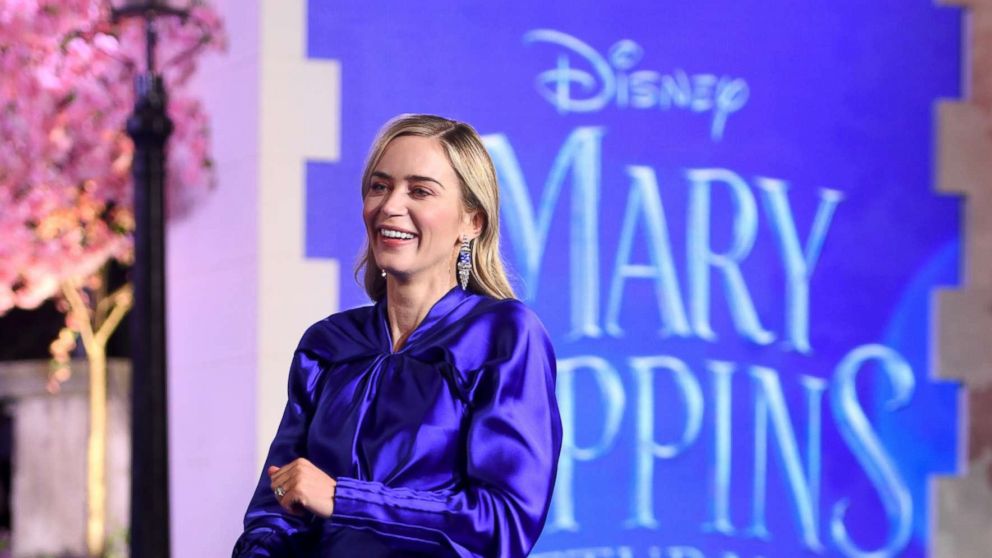 Blunt, who’s already been nominated for a Golden Globe and two SAG awards, was director Rob Marshall’s first and only choice to take on the role. But the actress said she didn’t go back and re-watch the original starring Julie Andrews.

“Julie Andrews is so beautifully brilliant in that first one and I didn’t want to sort of be intimidated by it and by what she did,” Blunt said Monday on “Good Morning America.” “And so I just decided to read the books –she’s quite different in the books so I just took it from there.”

While filming, Blunt got to work with the legendary Dick Van Dyke, who appeared in the 1964 Mary Poppins movie with Andrews.

“He’s got more energy than anybody in this room and when he got up on that desk and started tap dancing I thought, ‘This is it. If I die today I will have seen the best thing in my life,'” Blunt said of Van Dyke.

Blunt said she and her whole family movie to London to shoot the movie. She even asked husband John Krasinski not to wear so many baseball caps so he’d fit in with the Brits.

“I just think that if he wants to blend in in England, you should not wear a baseball cap because no body wears baseball caps in England,” Blunt said. “Look at him–what an American!”

Word has it that Krasinski cried during the film, but Blunt says it’s not an extraordinary thing for viewers to shed tears.

“Most people cry when they see this film–even my most cynical of friends,” she said. “My dad too. My dad, truly it was a memory I will have on my deathbed because he doesn’t cry and he was overcome. He just was beetroot red from trying not to cry when he saw me.”

“It was so moving,” Blunt added of her father. “It was so, so special.” 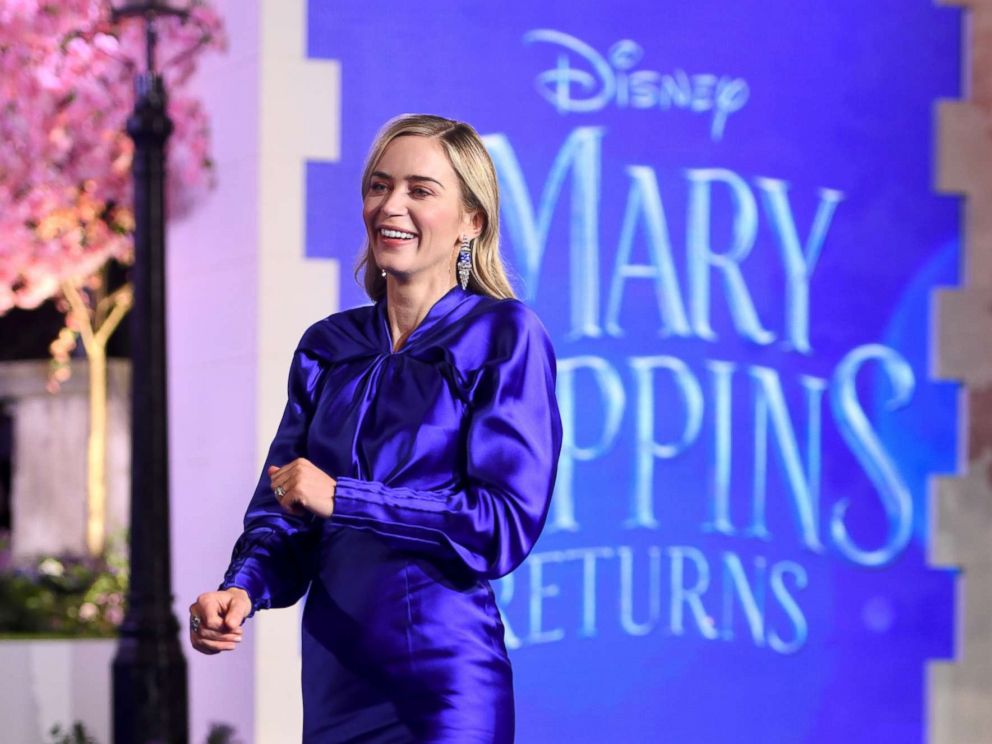 Blunt said her “cool factor hits the sky” when she does her Mary Poppins voice for her daughters.

“I’m going to dine out on that until they’re teenagers and I become inevitably uncool,” she joked.

“Mary Poppins Returns” is in theaters on Wednesday.

The Walt Disney Company is the parent company of ABC News.