Elizabeth Debicki is transforming into Princess Diana in more ways than one.

The “Crown” actress, 32, sported a stunning black Dior gown to last night’s Season 5 premiere of the Netflix drama — and her look brought back memories of a very similar outfit worn by her real-life royal counterpart.

Debicki — who plays Princess Diana on the new season of the show — walked the red carpet in a gown from the Dior Haute Couture spring/summer 2022 collection that was reminiscent of the baby blue Catherine Walker dress Princess Diana to the Cannes Film Festival in 1987.

The “Great Gatsby” actress’ gown featured a similarly gathered neckline, but while the princess’ look featured an actual scarf worn draped down her back and tied in a knot, the fabric of Debicki’s draped bodice extended into a racer-back style that wrapped around her neck, draping down into a sort of train. 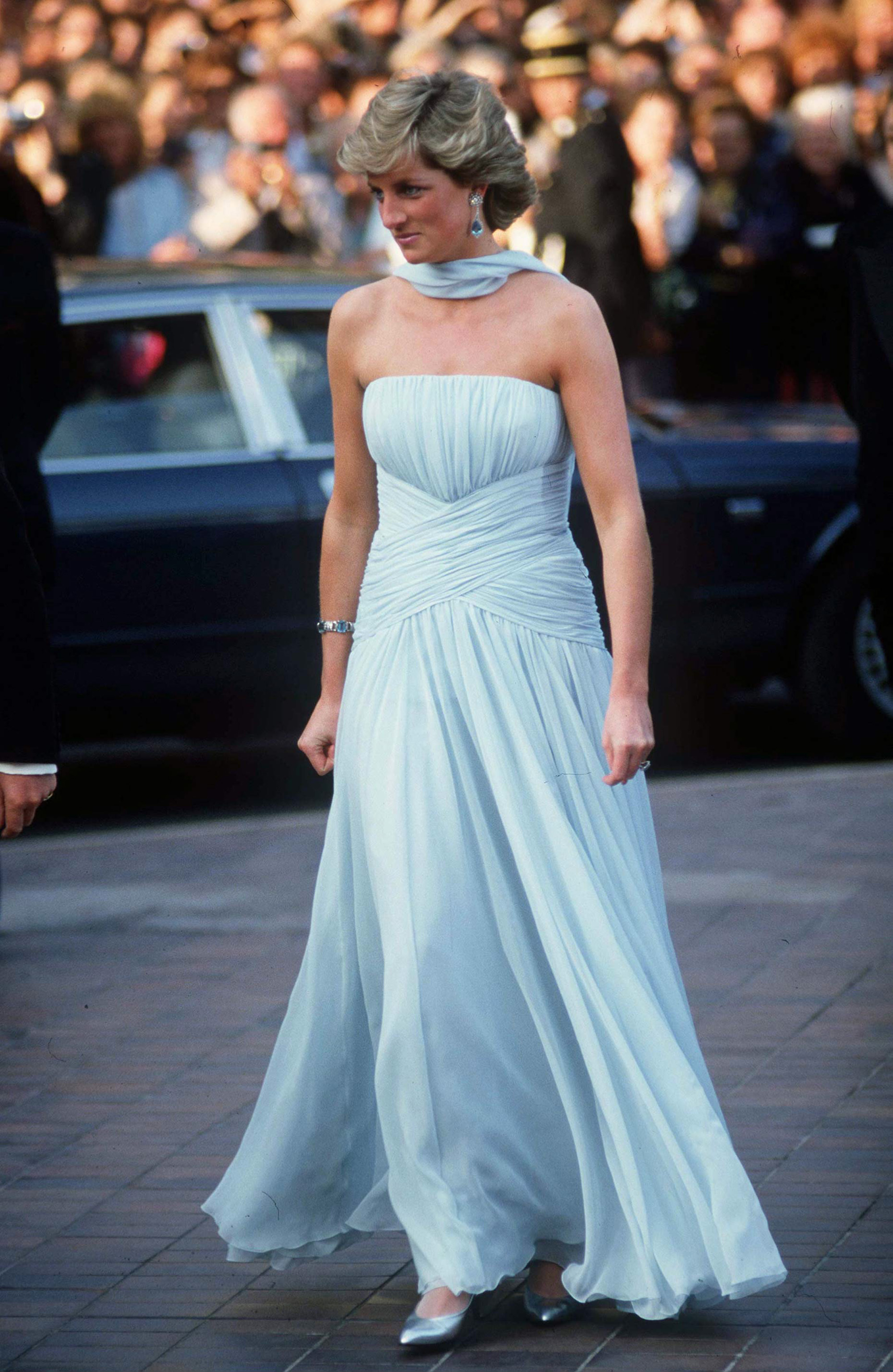 According to British Vogue, the silk crepe gown took 300 hours to create by the Dior team, with the fashion house announcing yesterday that the “Crown” star — who will also portray Diana in Season 6 — is now a Dior Joaillerie ambassador.

Fittingly, Debicki was outfitted in plenty of jewels from the brand, including a Rose Dior Couture pink gold and diamond earring ($6,000) in one ear and a Bois de Rose ear cuff ($2,300) on her other ear.

She added several Bois de Rose rings and bracelets along with a poppy brooch pinned to her bodice to complete her premiere night look. 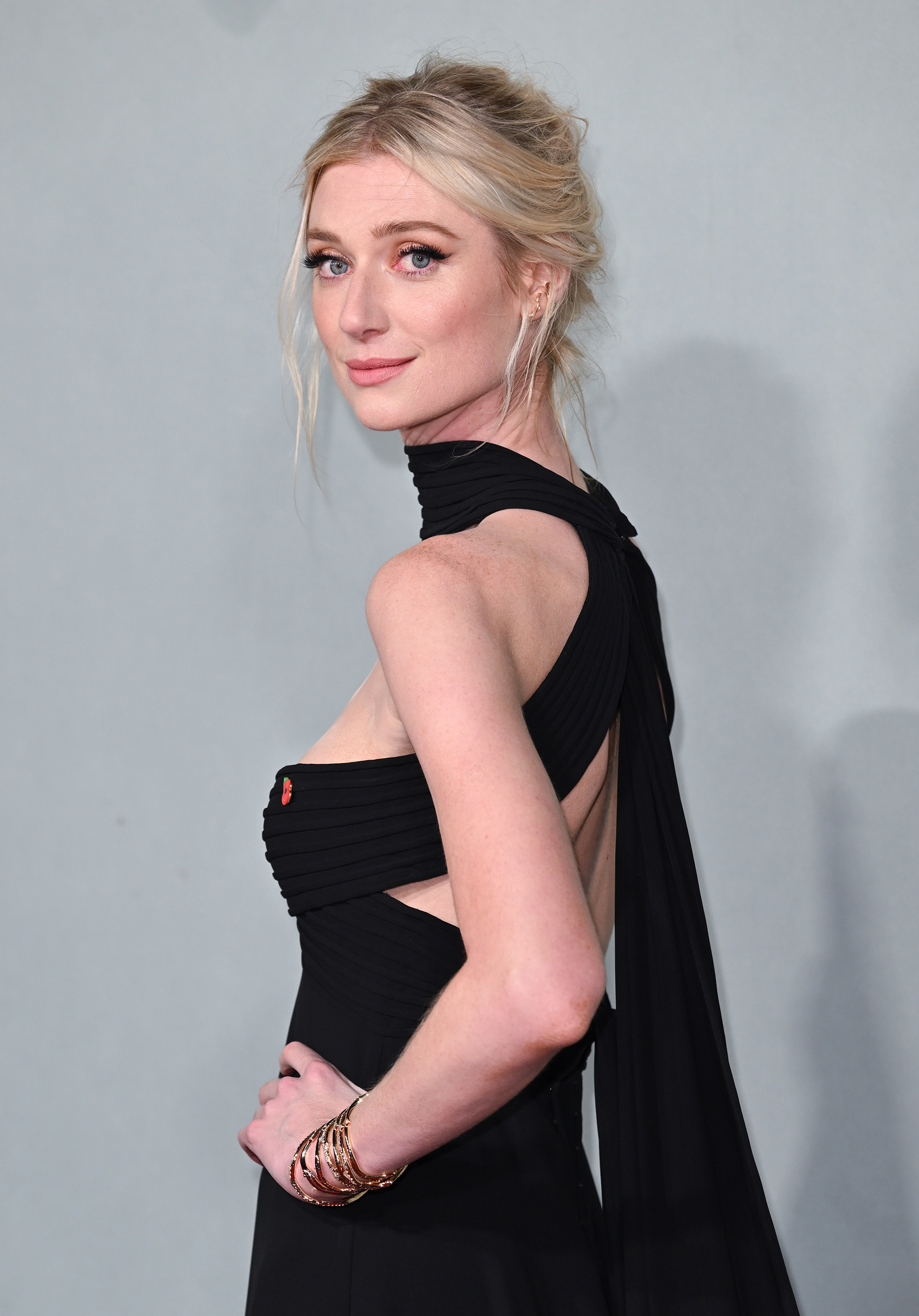 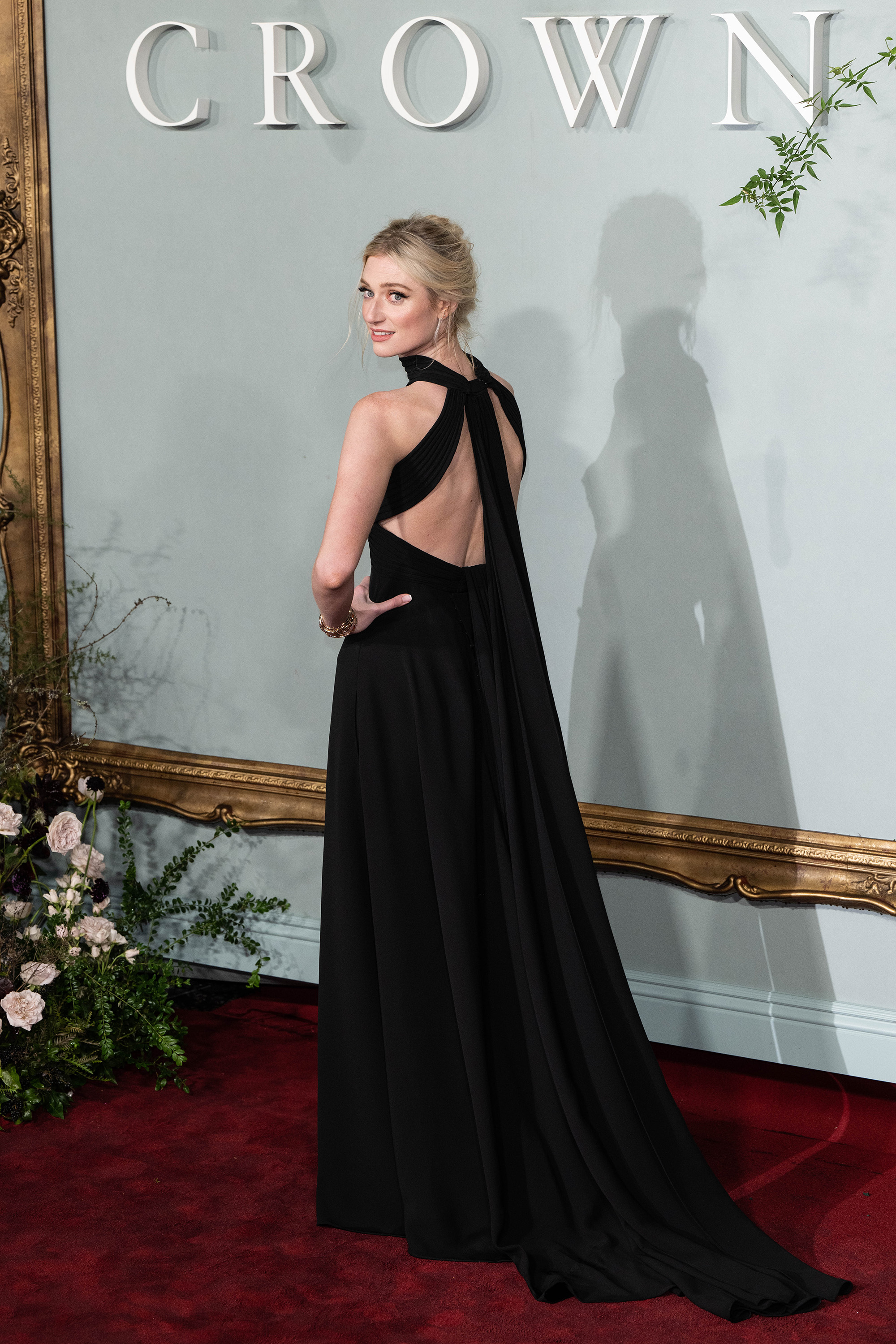