Home » Lifestyle » Elementary School Teacher Gives Kidney to Student's Mother: 'She Gave Me a Gift of a Lifetime' 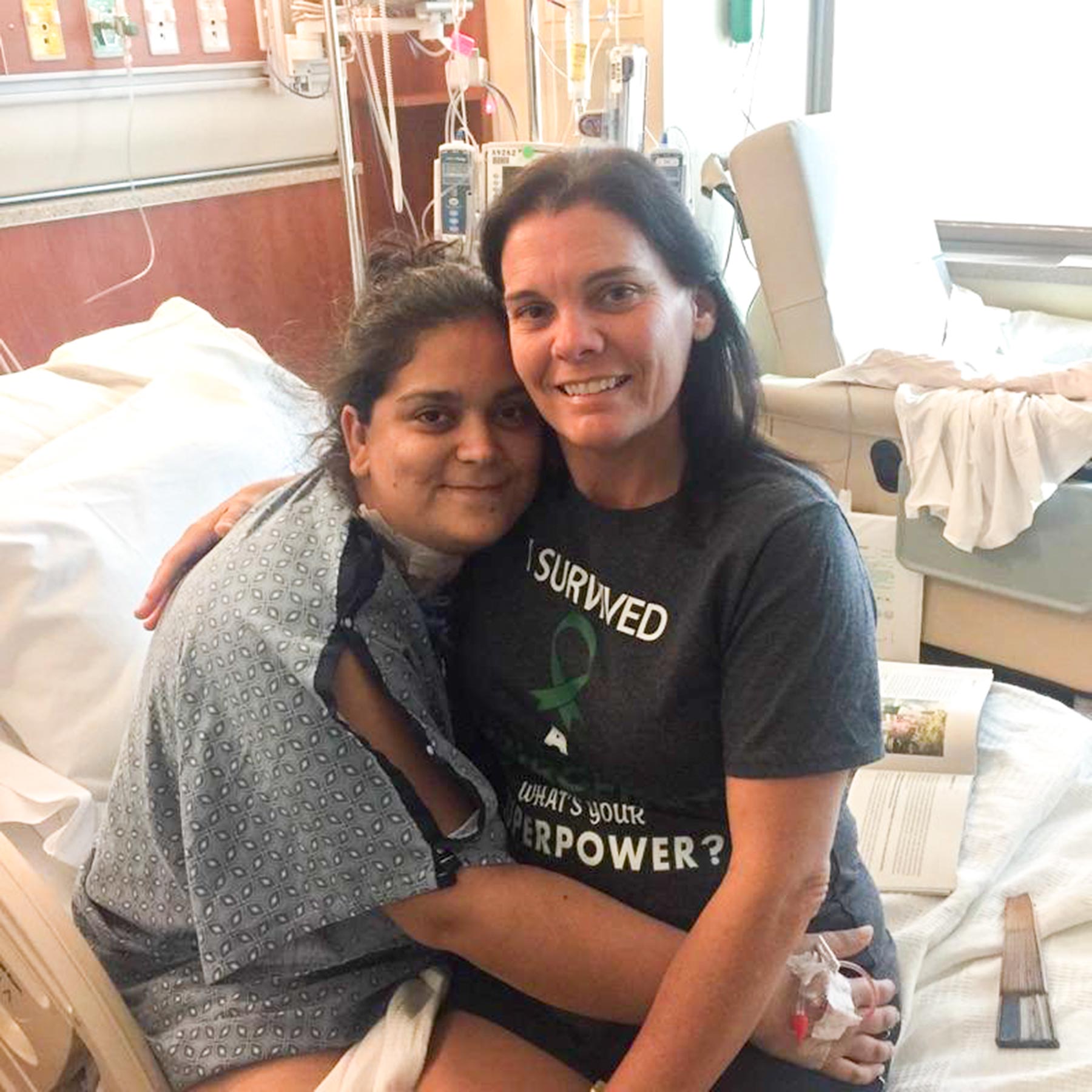 Elementary School Teacher Gives Kidney to Student's Mother: 'She Gave Me a Gift of a Lifetime'

But on some mornings, Troy came to Marsh Pointe Elementary School, in Palm Beach Gardens, Florida, with his head down, tears in his eyes and unable to focus.

Worried, Hoagland called Troy’s mother, Anahita Volk, to come in for a parent-teacher conference in fall 2016. During their meeting, Anahita explained that she had kidney disease and was on nightly dialysis. When she had a hard night, Troy, now 11 years old and a sixth-grader, would hear her.

“I was sick all the time,” Anahita, 35, tells PEOPLE. “It wasn’t going well. I would wake up in the night screaming in pain because something was kinked inside. Mom was sick. Mom was constantly sick. Mommy was having a bad day. It got progressively worse.”

Hoagland, who had recently offered to give her kidney to a high school friend, asked Anahita if she knew the testing process for a transplant. The mother said one of the first steps would be to find a person whose blood type matched hers.

“I kinda jokingly asked her, ‘You aren’t A-positive by any chance?’ That’s what I am,” Hoagland, 49, recalls. Anahita answered yes.

“I said, ‘You don’t want to donate your kidney to me, do you?’ ” Anahita recalls of the conversation.

A year later, Hoagland did.

“I could not imagine my children having to deal with a mom who is ill and worrying, ‘Is mom going to be okay?’ ” Hoagland says. “I could give her kids their mom.”

‘It Was Going to Kill Me’

When Troy was in the first grade, Anahita became pregnant. At her first check-up, doctors noticed something was wrong.

“They did more blood work and told me I needed to terminate the pregnancy because it was going to kill me,” Anahita tells PEOPLE.

A nephrologist diagnosed her with Membranous glomerulonephritis (MGN), a progressive kidney disease.

“They did more blood work and told me I needed to terminate the pregnancy because it was going to kill me,” Anahita recalls.

Instead, she went through with the pregnancy and delivered the baby boy. He was born at 28 weeks because Anahita’s blood pressure was skyrocketing and her kidneys were failing.

The baby weighed three pounds and four ounces at birth. She named him Armann, a Persian name that means “Hope.”

After their parent-teacher conference, Hoagland couldn’t stop thinking about Anahita’s sons. When Hoagland learned that her high school friend was no longer eligible for a transplant, she called Anahita and offered her kidney Anahita.

“My mind was blown,” Troy tells PEOPLE of his former teacher. “I love her so much.”

His mother echoes his sentiment.

“I was taken aback by the selflessness and the kindness that she had,” Anahita says.

Hoagland began the process in August 2017, undergoing testing to determine whether she was a match. She sent over her medical records, drove three hours to the University of Florida to have her blood drawn, and in October 2017, she called Anahita with the good news: the hospital said they were compatible.

Hoagland scheduled the transplant surgery over winter break, telling PEOPLE, “I didn’t want to leave my students.” On Dec. 19, 2017, she and Anahita underwent the procedure at the UF Health Shands Hospital in Gainesville. They were one of 5,811 living donor kidney transplants in 2017, according to statistics kept by the U.S. Department of Health and Human Resources Organ Procurement and Transplantation Network.

“Surgery went fine. They did great,” says Dr. Ken Andreoni, surgical director of kidney transplants at University of Florida, who performed the procedure. “It’s an interesting story. The living donor folks are just amazing. It just continues to amaze us.”

‘We’ll Always Have a Connection’

After the procedure, Hoagland sent her husband and daughter down the hall to check on Anahita, and she and Anahita texted and talked while in the hospital. Two days later, Hoagland was able to return home for Christmas, and Anahita was discharged on Christmas Eve — but she had to stay close to the facility for six weeks.

Hoagland says she felt terrible that Anahita didn’t get to spend Christmas at home with her family, but Anahita says she’d happily give up one Christmas in exchange for a lifetime with her children.

“It’s a debt I will never be able to repay to her. It’s a gift of life she gave me and my family,” Anahita says. “Without it, I wouldn’t have made it much longer. My condition was getting worse.”

RELATED VIDEO: Four Brothers with Same Fatal Bone Marrow Disease Fight for Their Lives: ‘We Might Not Live Past 30’

Now, nearly a year after the transplant, both Hoagland and Anahita are both very healthy and working full time. They live about 10 minutes from each other, and they often talk and text and try to find time to get together.

“We’ll always have a connection,” Hoagland says. “I can’t explain our bond. We’re just a part of each other. It just happens that my part can help her to live a healthy life.”

“It’s created a lifelong friendship,” Anita, a linguist who works in the same office building as Hoagland’s husband, says of the transplant. “I’ve gotten to know her and her family like we’ve been friends for decades not just mere years. They’ve become part of our life.”

Troy has moved on to middle school and Anahita’s youngest son, Armann, is now a kindergartner at Marsh Pointe Elementary. Armann hugs Hoagland every time he sees her.

“It totally changed my life. I went from being at home all the time, being depressed,” Anahita says. “I am able to have fun again with my boys. I hadn’t been able to do that in so long. I’d forgotten what it felt like.”

Now Anahita can take her kids camping, swim with them in the ocean, and build sandcastles — all things she couldn’t do when she was on dialysis.

“She’s the kindest, most amazing, selfless person I have ever met in my life,” Anahita tells PEOPLE. “She gave me a gift of a lifetime with my kids.”