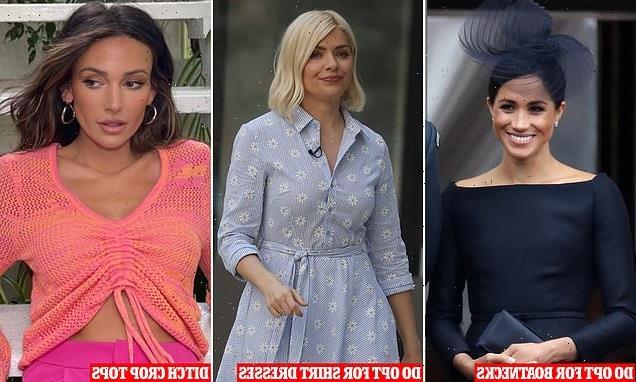 An elegance coach has revealed the style tricks she believes will instantly make you look ‘more expensive’ on a budget.

Anna Bey, who splits her time between London and Geneva, revealed in a recent YouTube video how to appear classier without spending thousands of pounds on a designer wardrobe.

Instead, she said staples should consist of shirt dresses, turtlenecks and boatnecks, as well as tailored high-rise and mid-rise trousers. 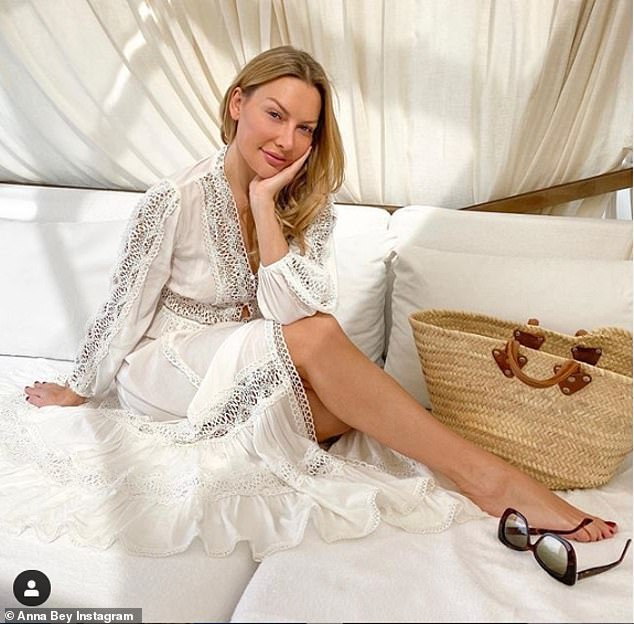 Anna Bey (pictured), who splits her time between London and Geneva, revealed in a recent YouTube video how to appear classier without spending thousands of pounds on a designer wardrobe

Anna said: ‘For years, I have said that to look expensive, you need to think about the colours you wear. We all know neutral colours will make you look more expensive, same goes for monochrome, but also colours that suit your complexion.

‘But there is one more thing that is crucial that actually not everyone pays attention to. And that is the colour and the fabric combination.

‘When we’re shopping on a budget in particular, we need to pay extra attention to this because cheaper fabrics, they cannot really be purchased in whatever colour, if you want to look expensive.

And a foolproof method is usually to purchase neutrals, including whites and blacks in cheaper fabrics because most of the time, it’s going to look fine.

‘However, what won’t look fine is when you start experimenting with colour and cheaper fabrics (such as polyester).

‘Let’s say you purchase the fabric in a fuchsia or a strong green colour. It’s not because fuchsia and green are not elegant. No, it’s because it’s a bold colour. It’s a strong colour and on cheap fabric.

‘It highlights the small details of the fabric, meaning that you’re going to see some rough polyester going on there versus a neutral colour which would’ve hidden that detail.’

OPT FOR COMFORT AND STYLE 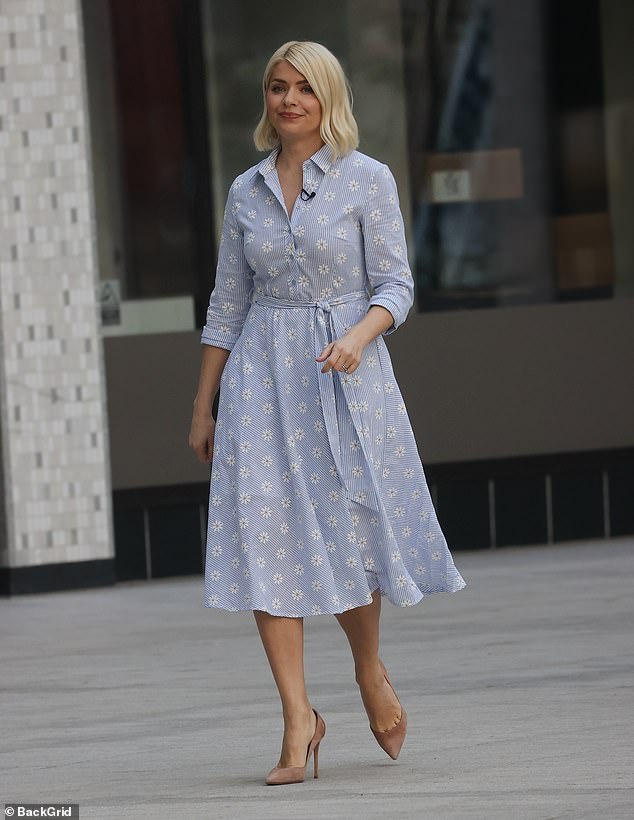 Anna said: ‘Wearing a shirt dress is actually as comfortable as wearing a pair of yoga pants and a t-shirt.’ Pictured, Holly Willoughby in a shirt dress

Anna said: ‘The average person really does want to be comfortable in their clothes. And I get it. I want it too, but sadly, it seems like comfort equals wearing unattractive styles such as yoga pants, t-shirts and hoodies.

‘And I don’t understand what happened with putting comfort and style together in one category. As an example, shirt dresses are one of my favourite garments to wear.

‘But guess what? Wearing a shirt dress is actually as comfortable as wearing a pair of yoga pants and a t-shirt.

‘I don’t understand why some people choose the latter when they want to be comfortable when actually they can choose comfort and style at the same time.’

STICK TO TURTLENECKS AND BOATNECKS 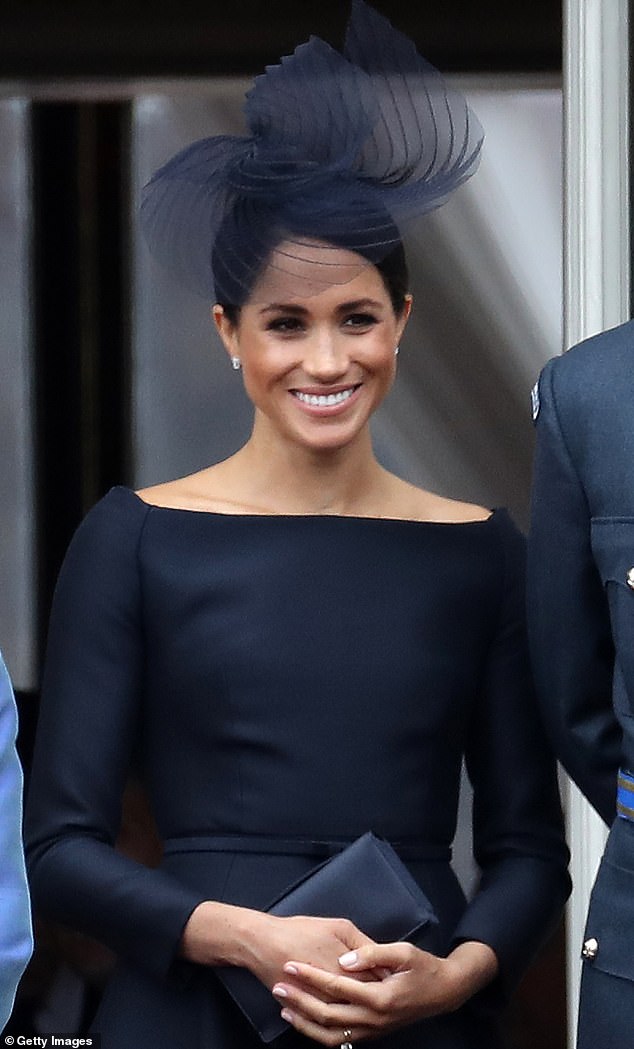 Anna said staples should consist of shirt dresses, turtlenecks and boatnecks, as well as tailored high-rise and mid-rise trousers. Pictured, Meghan Markle in a boatneck ensemble in 2018

‘To look expensive – especially if you want to do it on a budget – there is nothing that is more easy than just paying attention to the cuts of the garment and something like necklines,’ said Anna.

‘We have some necklines that are more expensive looking than others, like turtlenecks as an example, which we associate with old money and intellectuals.

‘We also have the boatneck, which is a [straight cut from shoulder to shoulder] that was very popular in the elegant era of the 50s.’

ADD A SCARF TO YOUR LOOK

The elegance expert said a top tip for looking expensive on a budget is to add a classy scarf to your ensemble.

‘I believe that you can purchase scarfs on any budget,’ said Anna. ‘A scarf doesn’t necessarily have to be from some expensive designer brand.

‘It gives it a very polished and preppy look that we associate with being expensive – it kind of gives that whole old money vibe.’

She suggested tying it around the neck when wearing a shirt and blazer combo for the best results.

Anna explained that tailored trousers can instantly elevate a person’s look – however those looking to appear classy need to pay attention to the waist placement of that trouser.

‘As an example, the low waist I would say is by far the most cheap looking waist placement that exists,’ she suggested.

‘And unfortunately, it also only suits very few people because they have to have a specific body shape to be able to pull that off. But for the rest of us mortals, we have to invest in mid-rise or highs if we want to look expensive.

‘And why is that? Well that’s because it elongates the entire body of a woman and makes it look very flattering.’

‘Buttons are a massive giveaway when you shop on a budget,’ said the elegance coach. ‘Because in fast fashion stores, you will come across all kinds of ugly buttons.

‘In particular, large metal buttons which are very shiny, are not very expensive looking. My advice is to focus on purchasing buttons that somehow look natural.

‘They don’t have to be made out of pearls, although that would be the most elevated thing to choose. Instead, if you find plastic buttons that are made, let’s say to look like pearls, that’s going to elevate the button a lot.

‘If you want to wear metal buttons and you are afraid that they will look cheap, then think about choosing a metal button that has some form of engraving. That is always elevating and you can often find them on a budget.’ 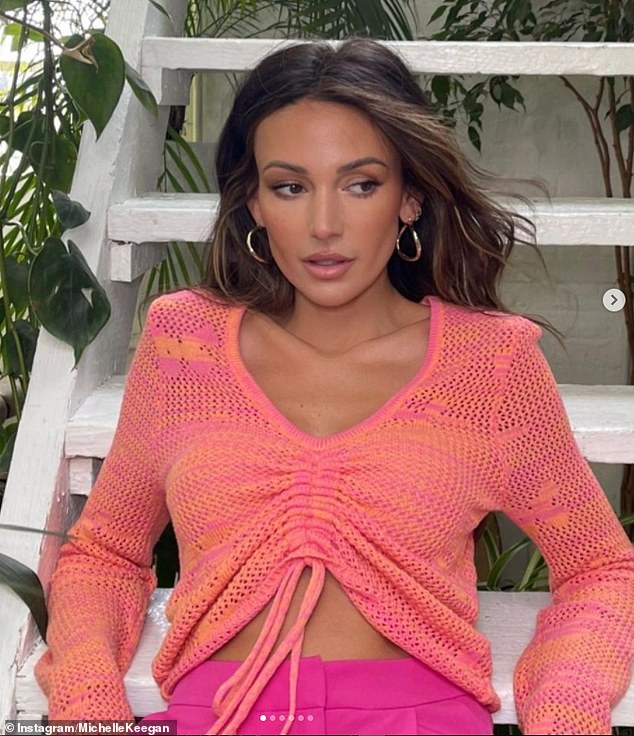 ‘Unfortunately, if you are interested in elegant and classic styles, you are not mainstream in 2022,’ claimed the stylist.

‘The average population today, they think that crop tops, hot pants and skimpy dresses are what elevate someone. But I disagree.

‘I think it’s actually a cheap way of trying to look good as it doesn’t keep anything of the woman for the imagination.

‘Instead, I believe that when you opt for a modest style, you are actually automatically elevating yourself because you leave some room for imagination.