Eboni K. Williams accused Luann de Lesseps of labeling her an “angry black woman” during Tuesday’s episode of the “Real Housewives of New York,” when a sex-filled debate led to a heated exchange about race.

Williams, the Bravo’s franchise’s first black cast member, opened up about discussing sex openly, which was a point of tension between Leah McSweeney and Ramona Singer. Over lunch, de Lesseps, 56, added how certain terminology could lead to some feeling uncomfortable based on conservative backgrounds.

“Ramona Singer and Christian values are not to be used in the same sentence,” McSweeney, 38, said in a separate confessional.

McSweeney then left the lunch, leading to Williams, 37, to share where she stood on the matter.

“I understand what you’re saying, but I don’t agree fully, Lu. I won’t use it with you because you’ve said, ‘I don’t like it,’ but I don’t subscribe to the fact that to use those words means you’re unclassy or not a lady,” Williams said.

De Lesseps then responded, “It has nothing to do with class, it has to do with education.”

Williams noted that while education has nothing to do with it, she is “the most educated person” within the group, which resulted in a fiery response from de Lesseps.

“So you think your degree makes you more educated?” de Lesseps replied. “That’s probably the stupidest thing I’ve ever heard anybody say.”

Williams later elaborated that her education comment was not a proclamation to imply that she is the smartest. De Lesseps later fired back: “Don’t come into my house and tell me I don’t have an education.” 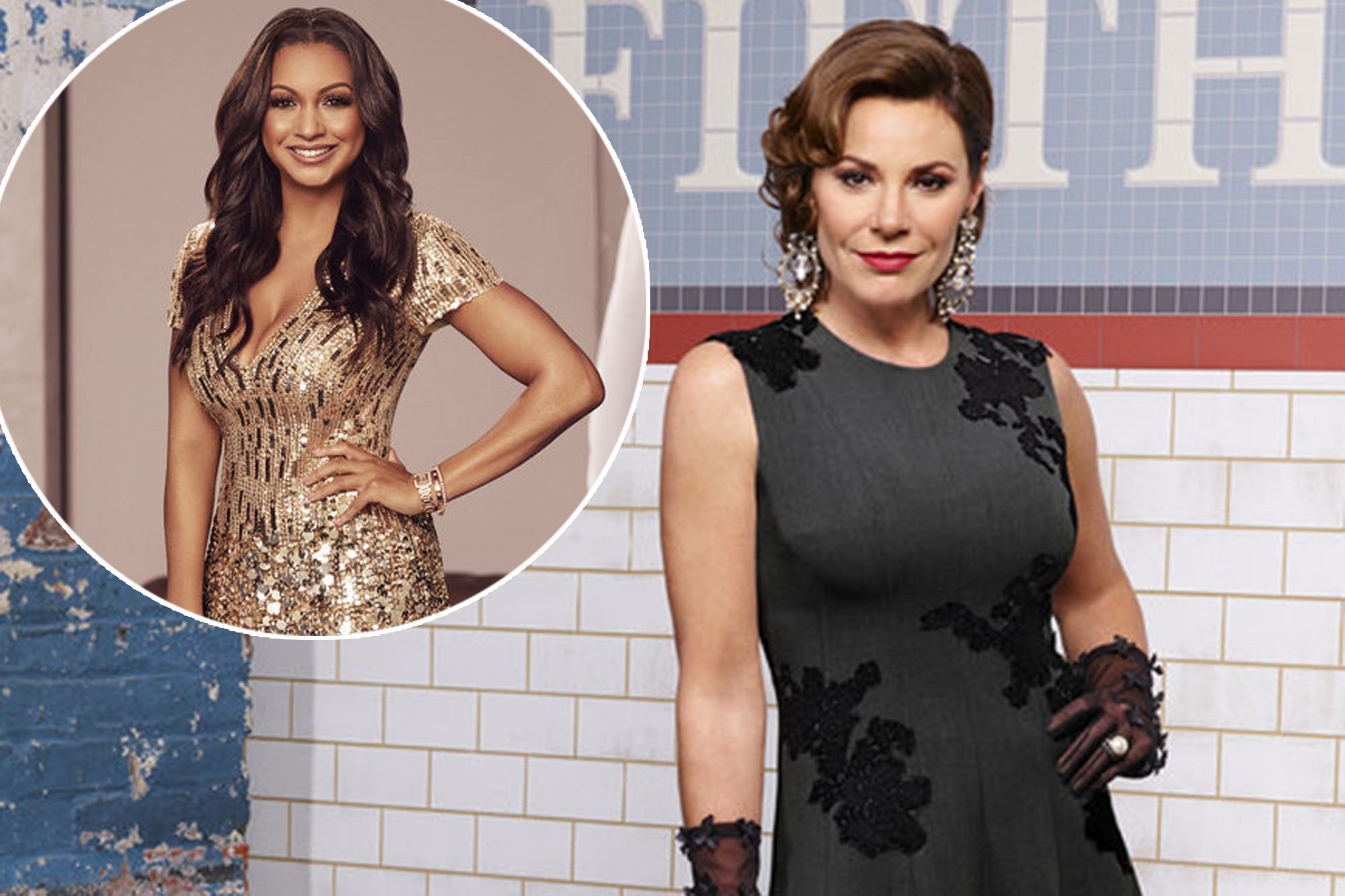 As tensions continued to flare at the table, Singer, 64, said, “Bring it down,” in regards to the volume, to which Williams said: “Your white fragility is killing me right now.”

Williams then tried to draw the conversation back to the sex origin, but frustrations continued to mount with voices raised.

“Why are you getting so angry?” de Lesseps said to Williams, who responded, “So now I’m the angry black woman, Luann.”

“No… not going there,” de Lesseps said. “You’re an angry woman right now. I never referred to your color, nor would I.”

Williams went on to address the heated exchange in her confessional.

“Our dear friend Leah McSweeney, not five minutes ago, storms off in a mad dash and we don’t see her ass no more. And nobody called Leah angry,” Williams said. “I simply take a visceral response to something that felt deeply personal and painful to me and I’m immediately called ‘angry.’ Tell me it’s not about race.”

“If you don’t want me here because I’m not free to express how I feel about things, I will leave your property,” Williams said to which de Lesseps replied, “I think you should go.”

Williams, who announced Tuesday that she would be taking time away from social media amid the exchange, is seen in a preview for next week’s episode telling McSweeney about de Lesseps’ comments.

A rep for Bravo did not immediately return our request for comment.

The “Real Housewives of New York” airs Tuesdays at 9 p.m. on Bravo.